Dd studio has created a biographical multimedia program about Imants Ziedonis, one of the most important Latvian poets and intellectuals of the 20th century. It can be used as an interactive educational material in schools.

The sections of the program are designed as virtual rooms that contain interactive objects characterizing the poet. For example, one can visit his native village Ragaciems on the seashore of the Baltic Sea, feel the surreal atmosphere of his “Epiphanies”, leaf through the illustrated children books written by Ziedonis, and explore together with the poet his house in Murjāņi. The program contains a vast material on Ziedonis including written texts, pictures, videos, sound recordings, songs, and animations. 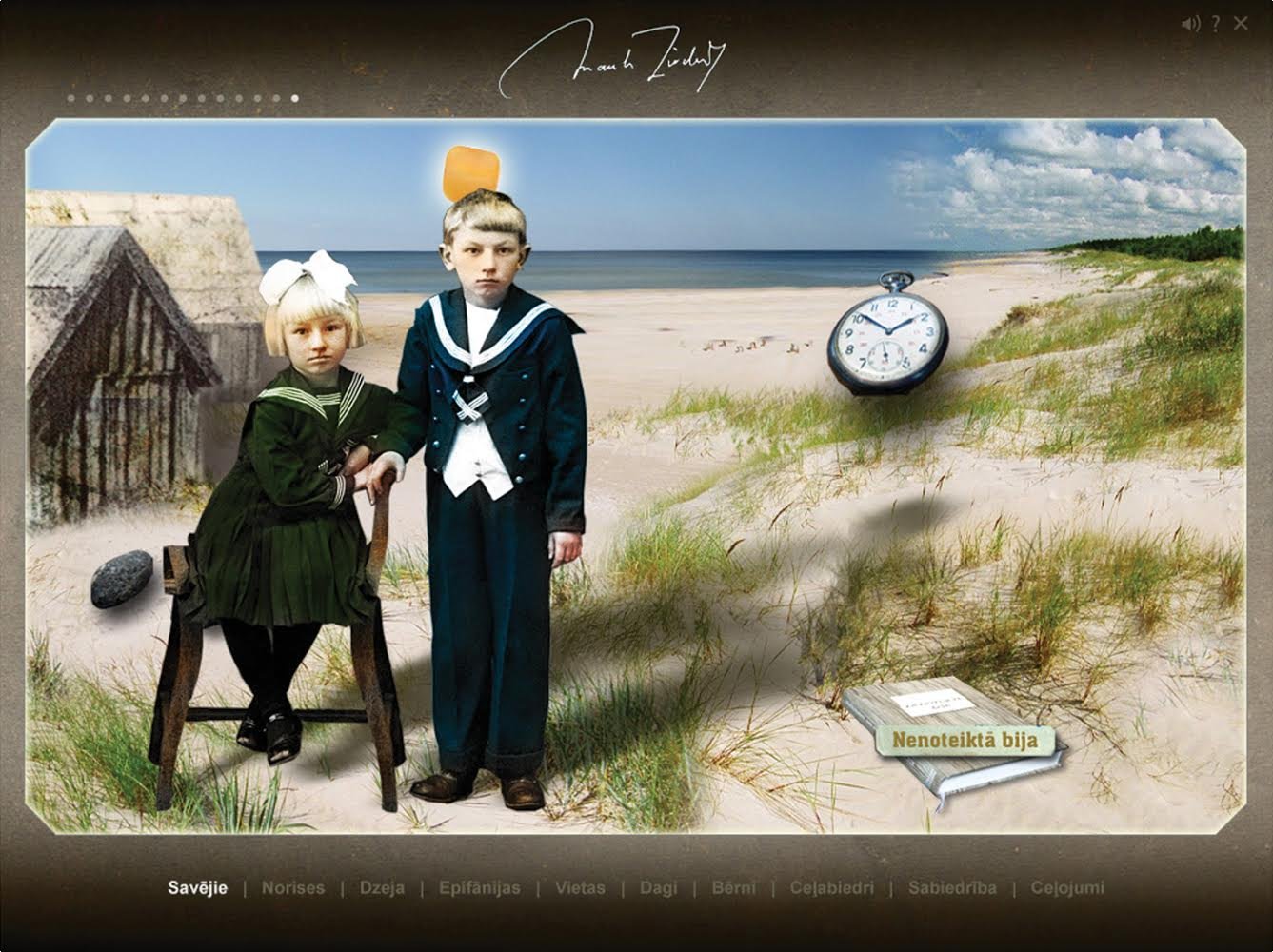 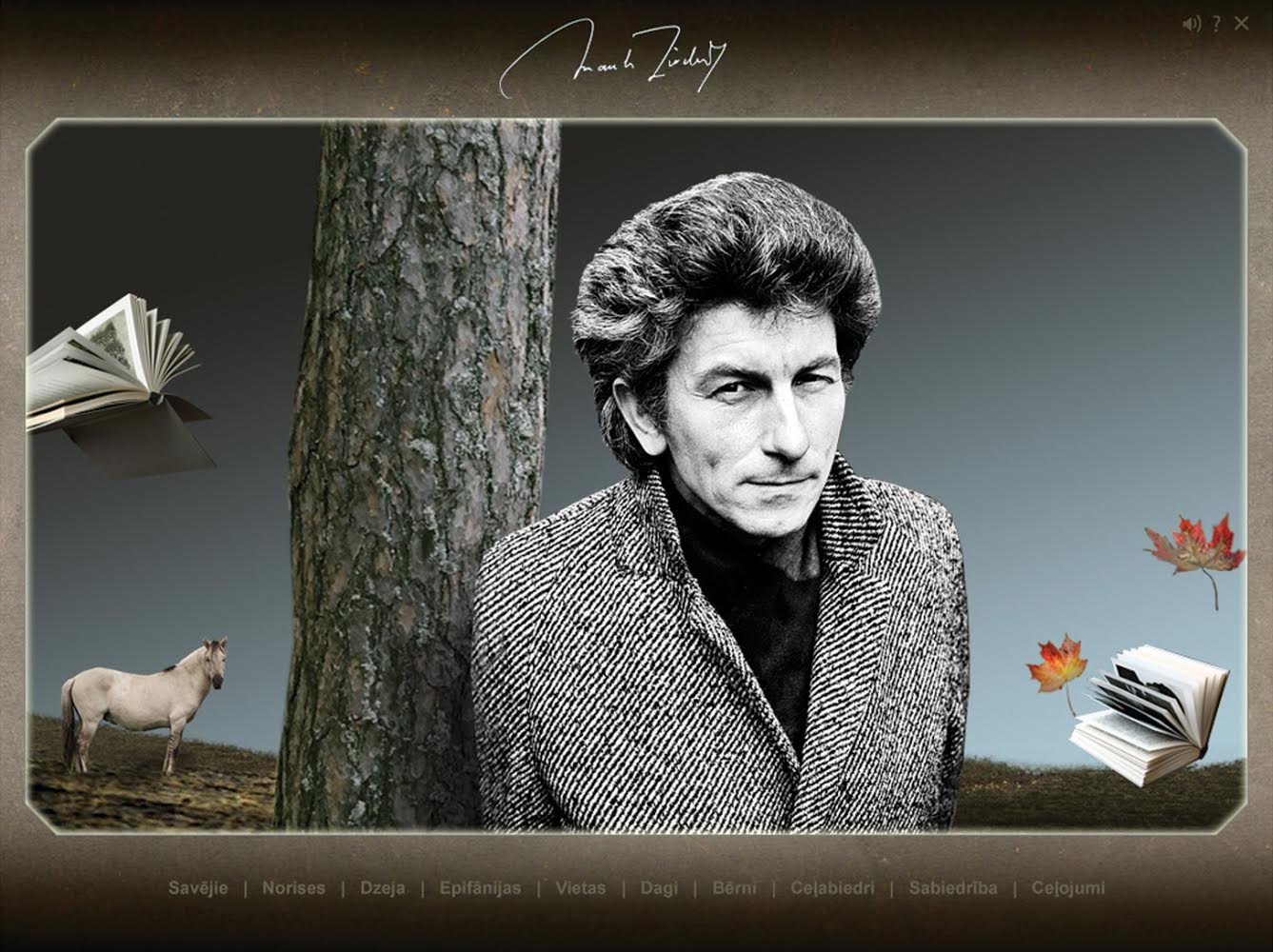 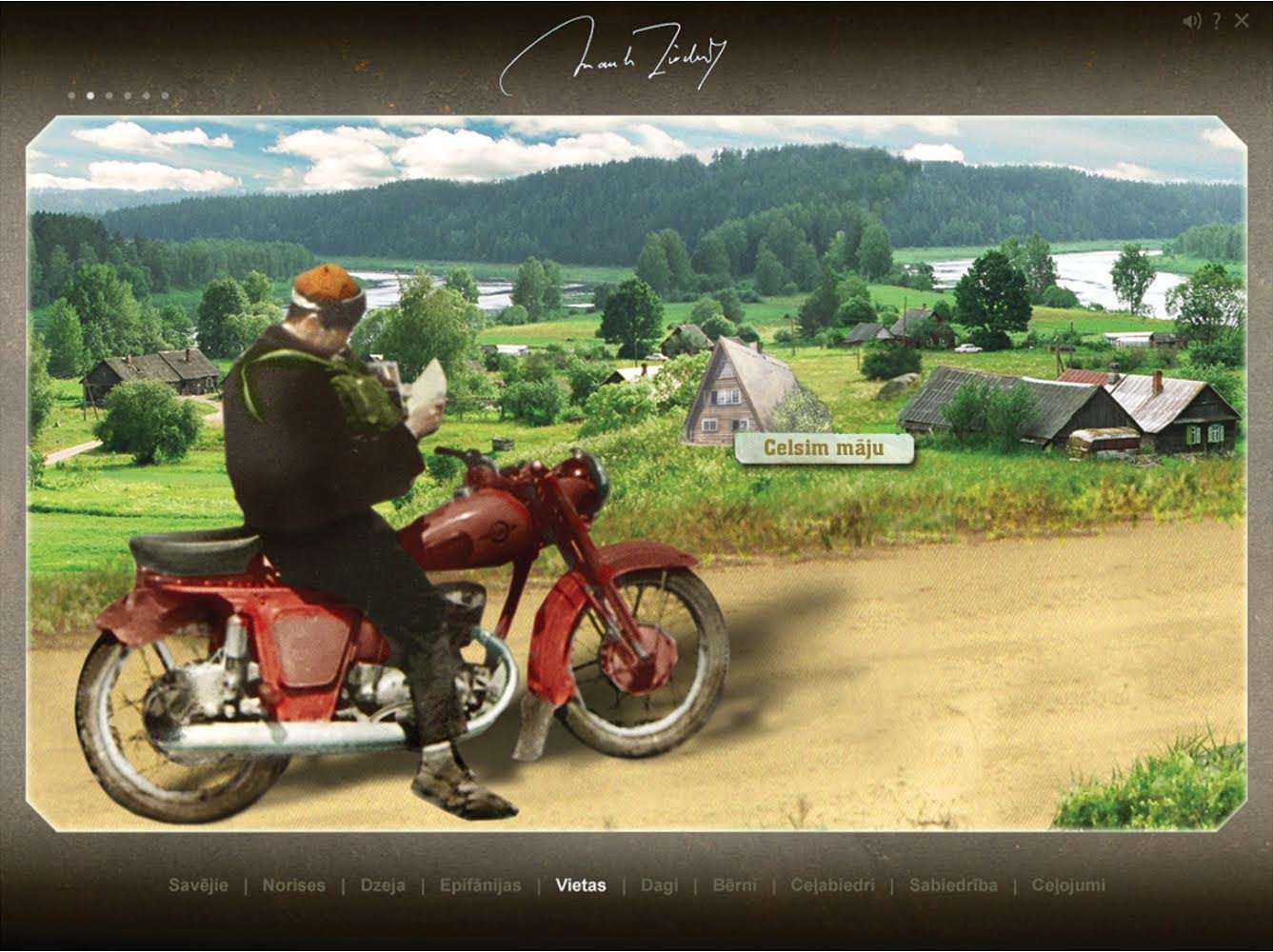