The exhibition provides an insight into the role of the Popular Front in the process of regaining the independence of the Latvian state. It tells of the period from the mid-1980s until 1991. This was the time of fundamental political and social changes in Latvian history, also known as the Third Awakening.

The exhibition is located in a building that once housed the headquarters of the Popular Front. Our aim was to save as much as possible of the atmosphere of the 1980s and 90s in these rooms, without making an artificial copy of the historic interiors that have survived only partially. What remained from the era was integrated into the exhibition in which Soviet aesthetics exists alongside elements of contemporary design and modern technology. Because the time of the Popular Front was emotionally very saturated, the aim of the exhibition was to address viewers in an emotional way and give them at least some chance to experience the spirit of the Third Awakening. One of the means used was interactivity; for example, a visitor could get on a Soviet-era bus, walk onto an authentic podium used during the Front's congress meetings, or take a place in the human chain of the Baltic Way. 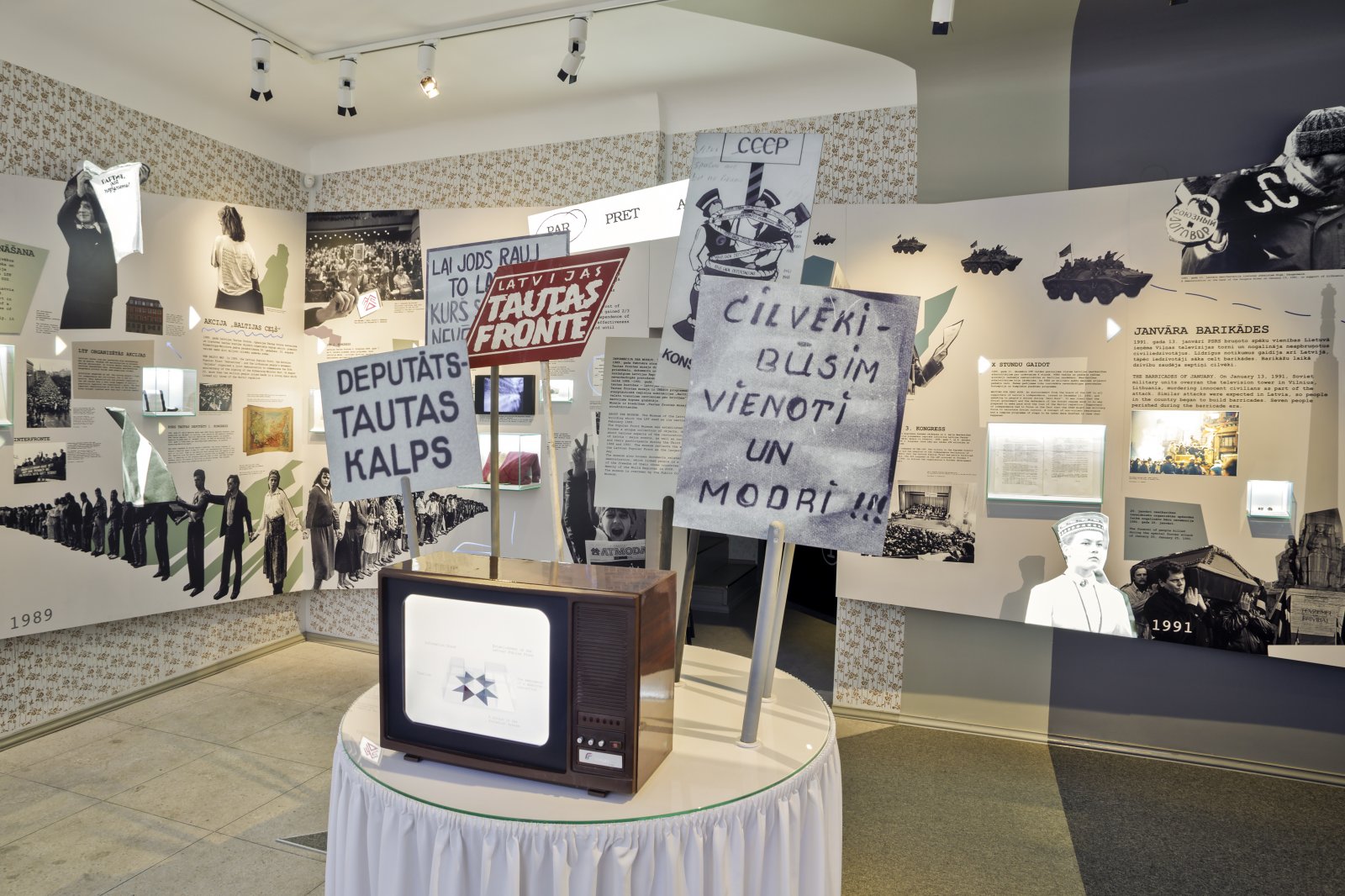 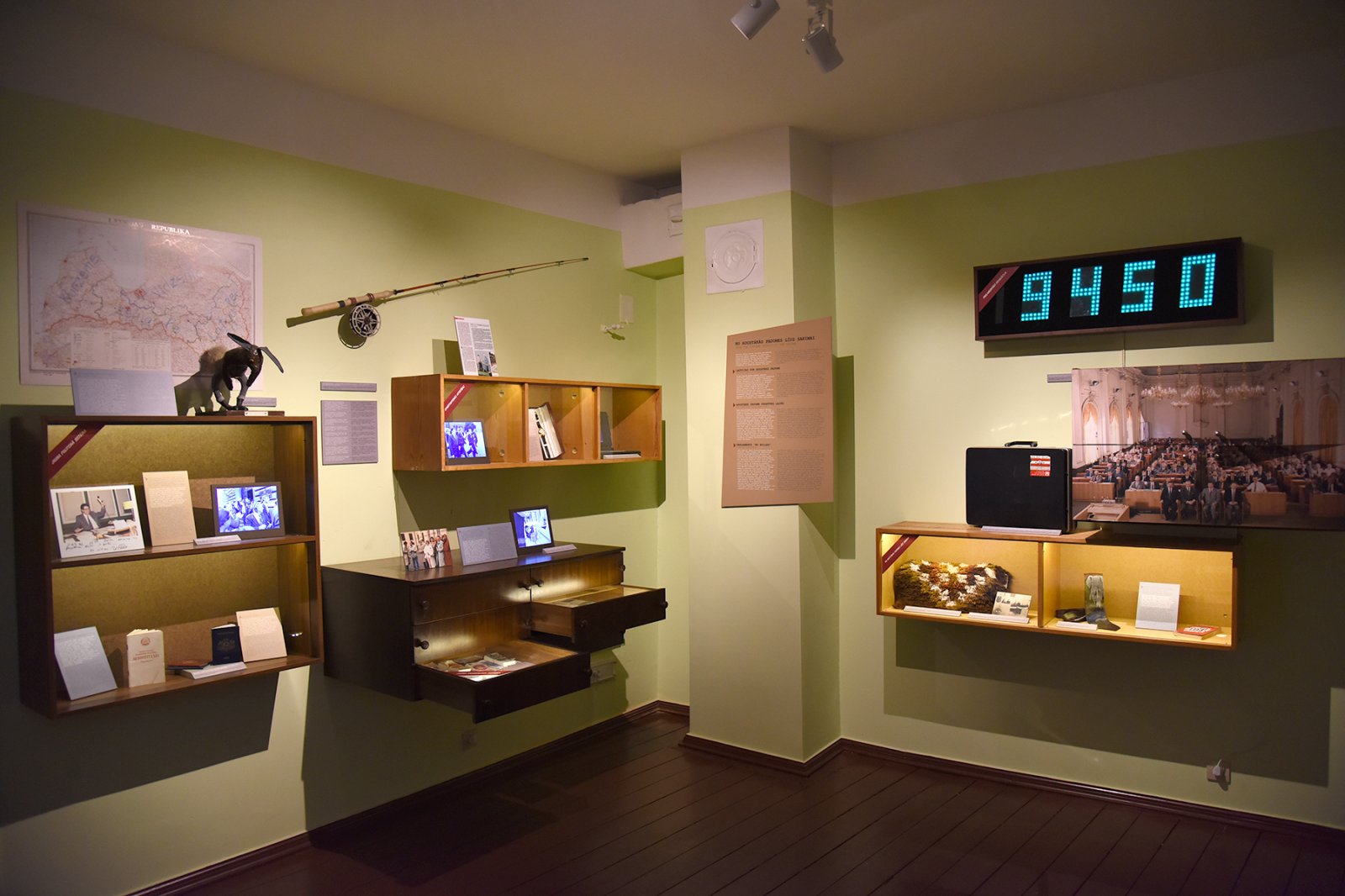 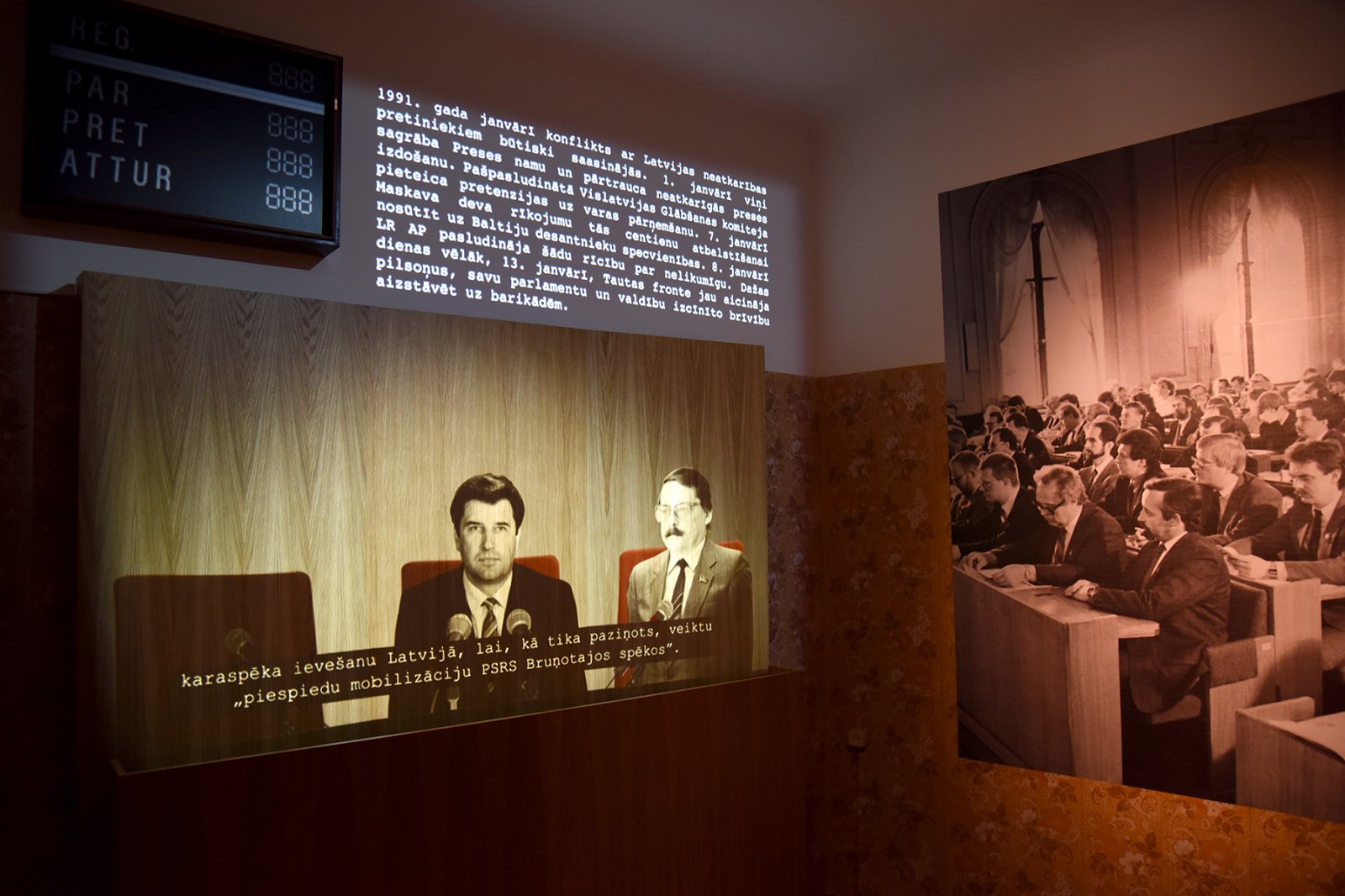 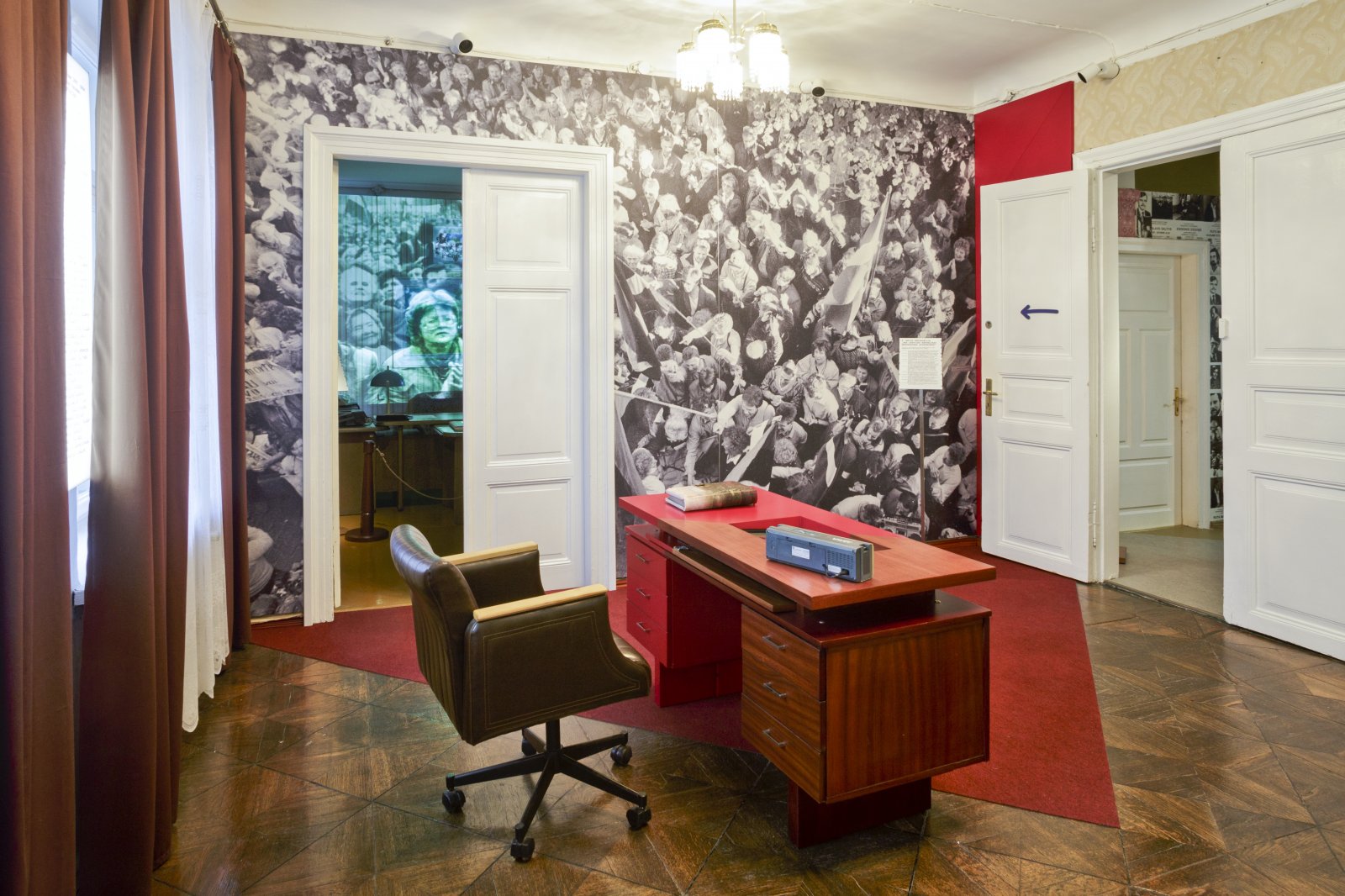 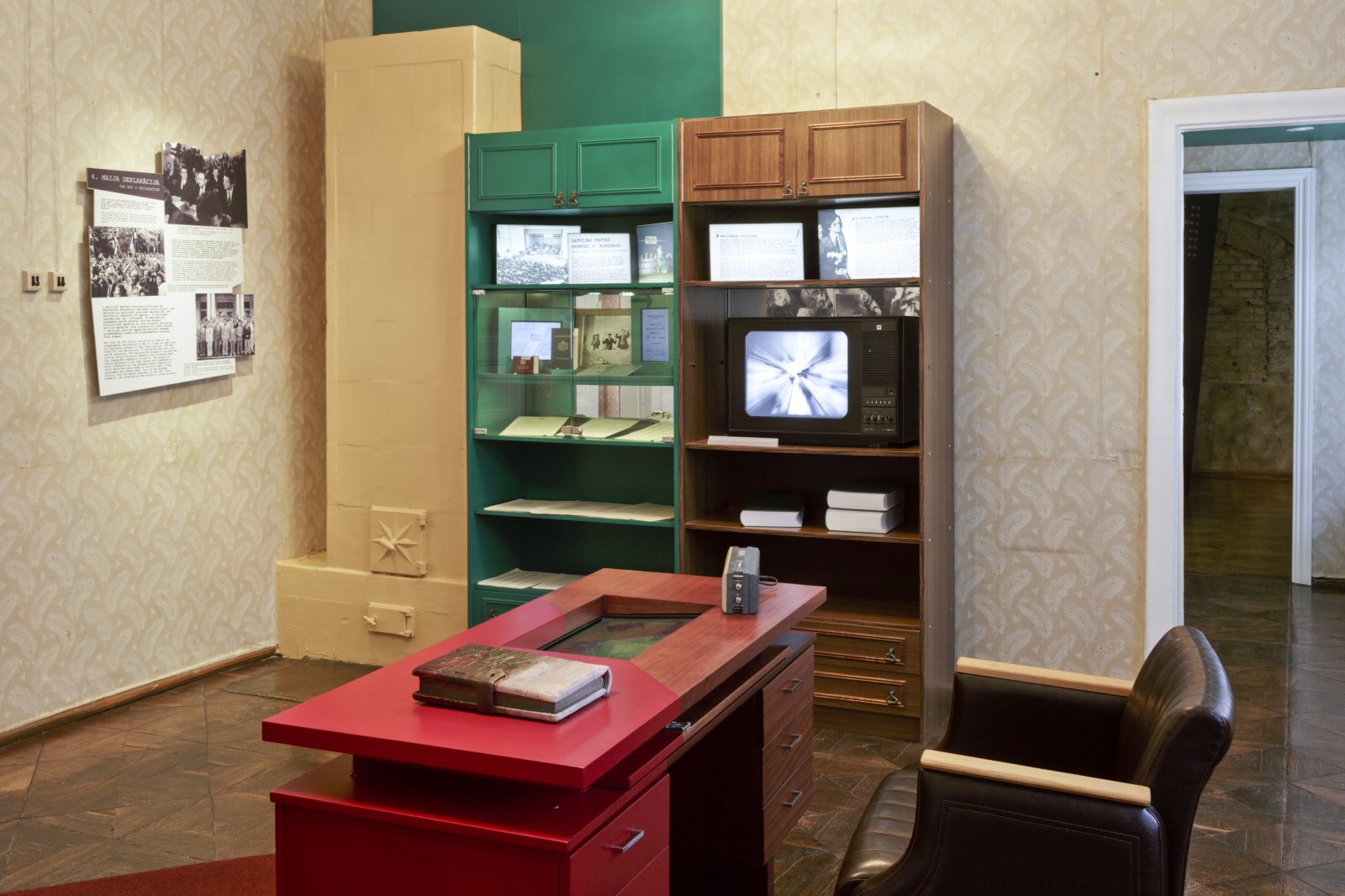 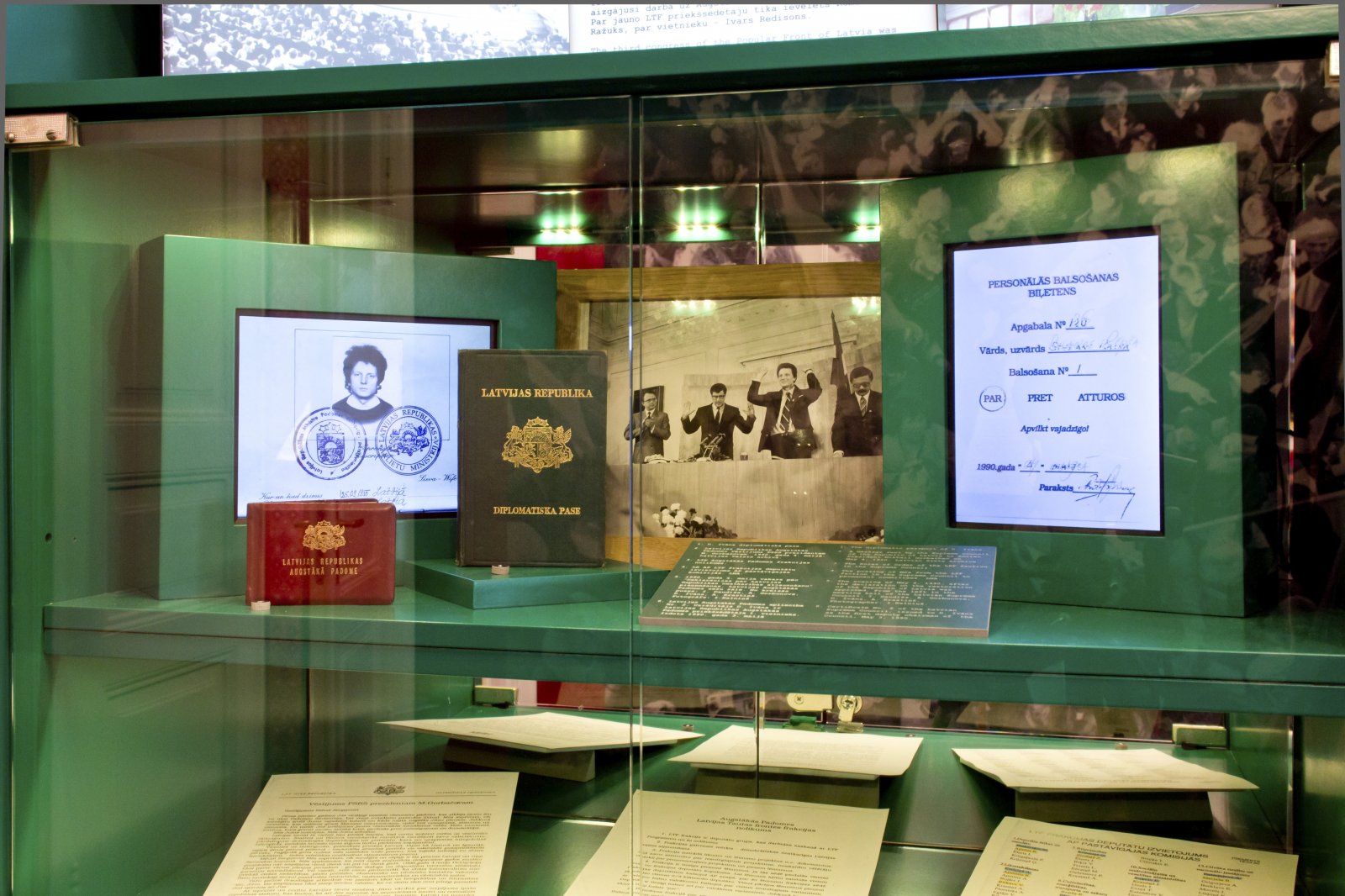 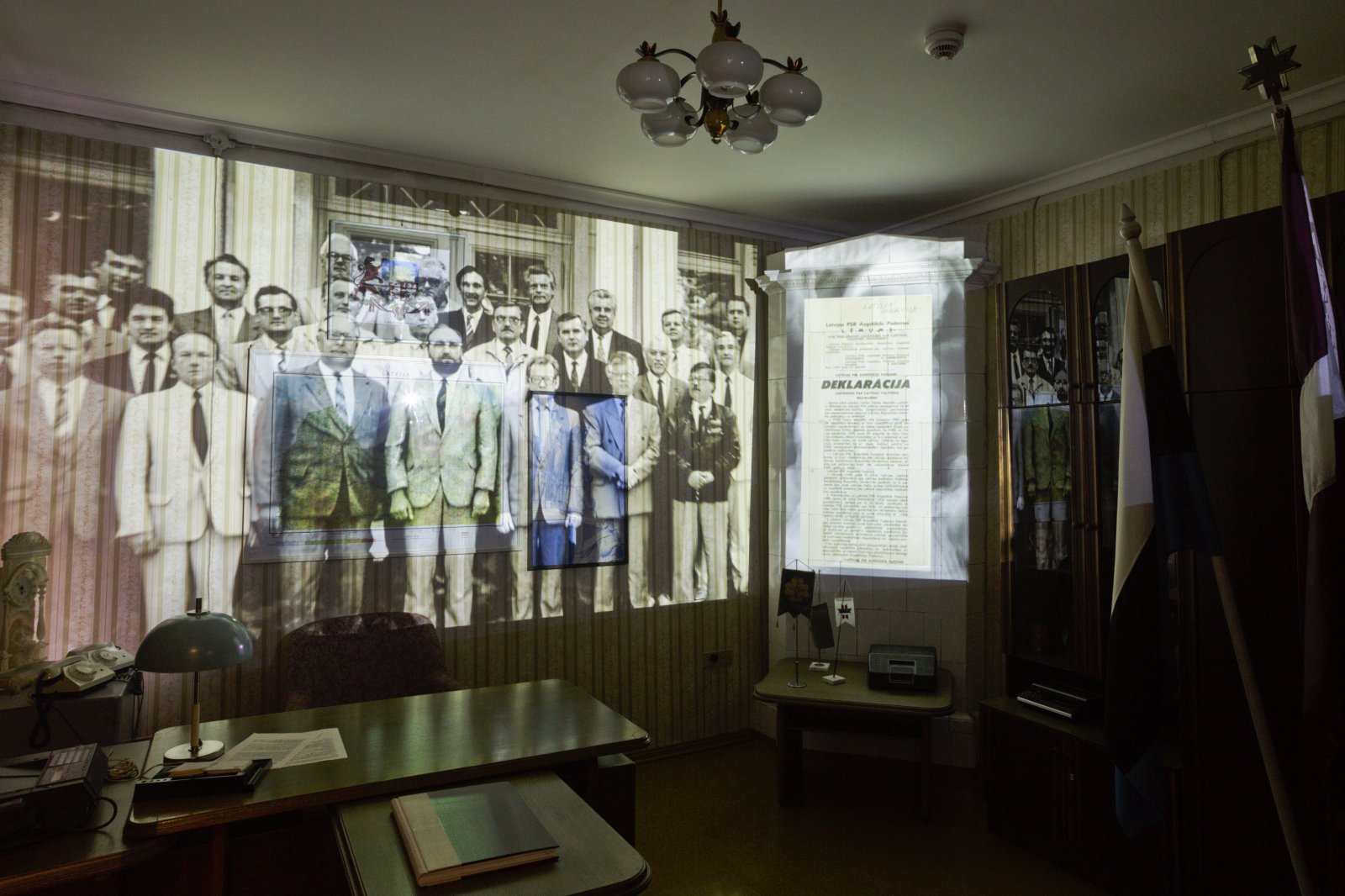 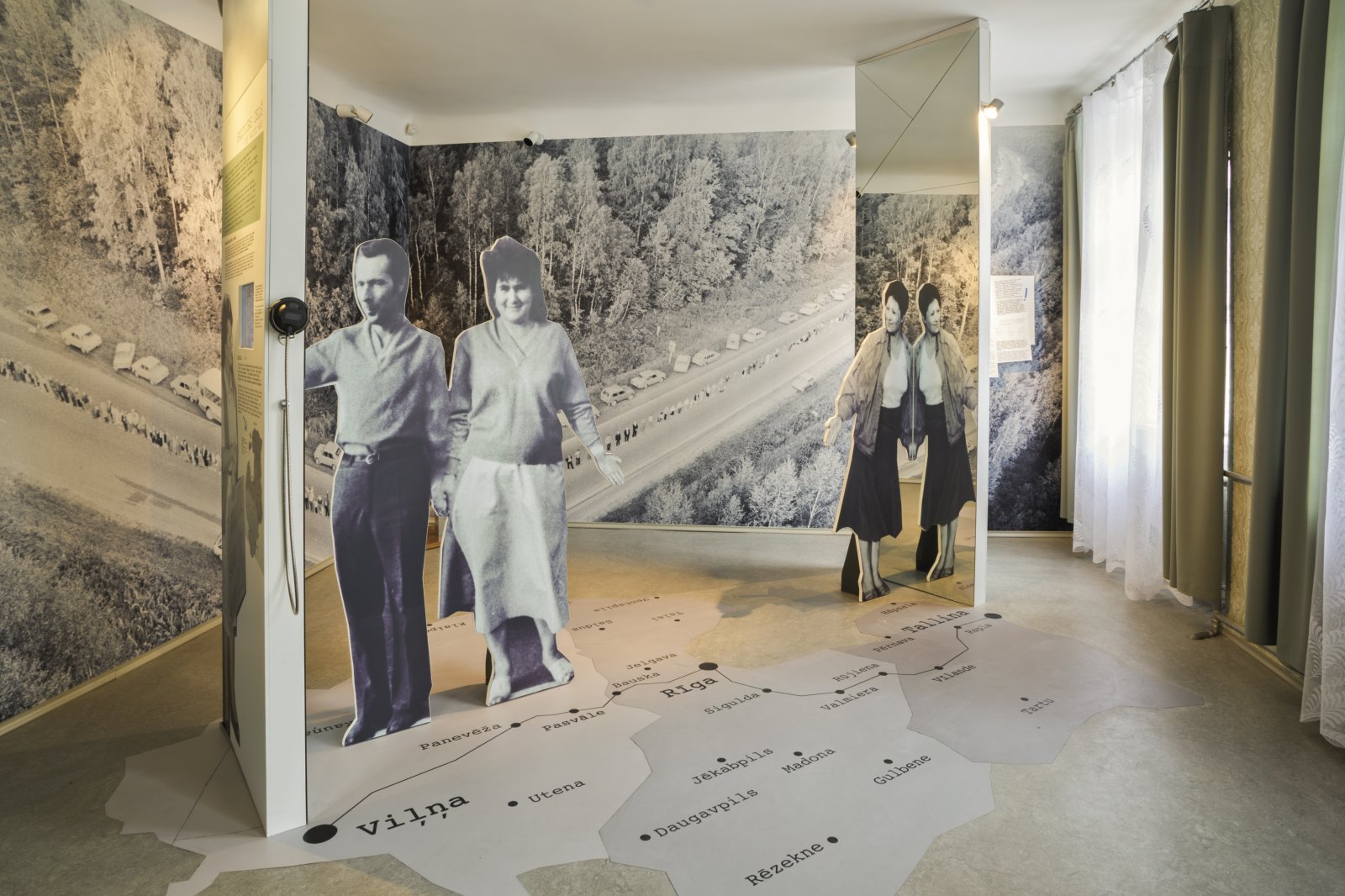 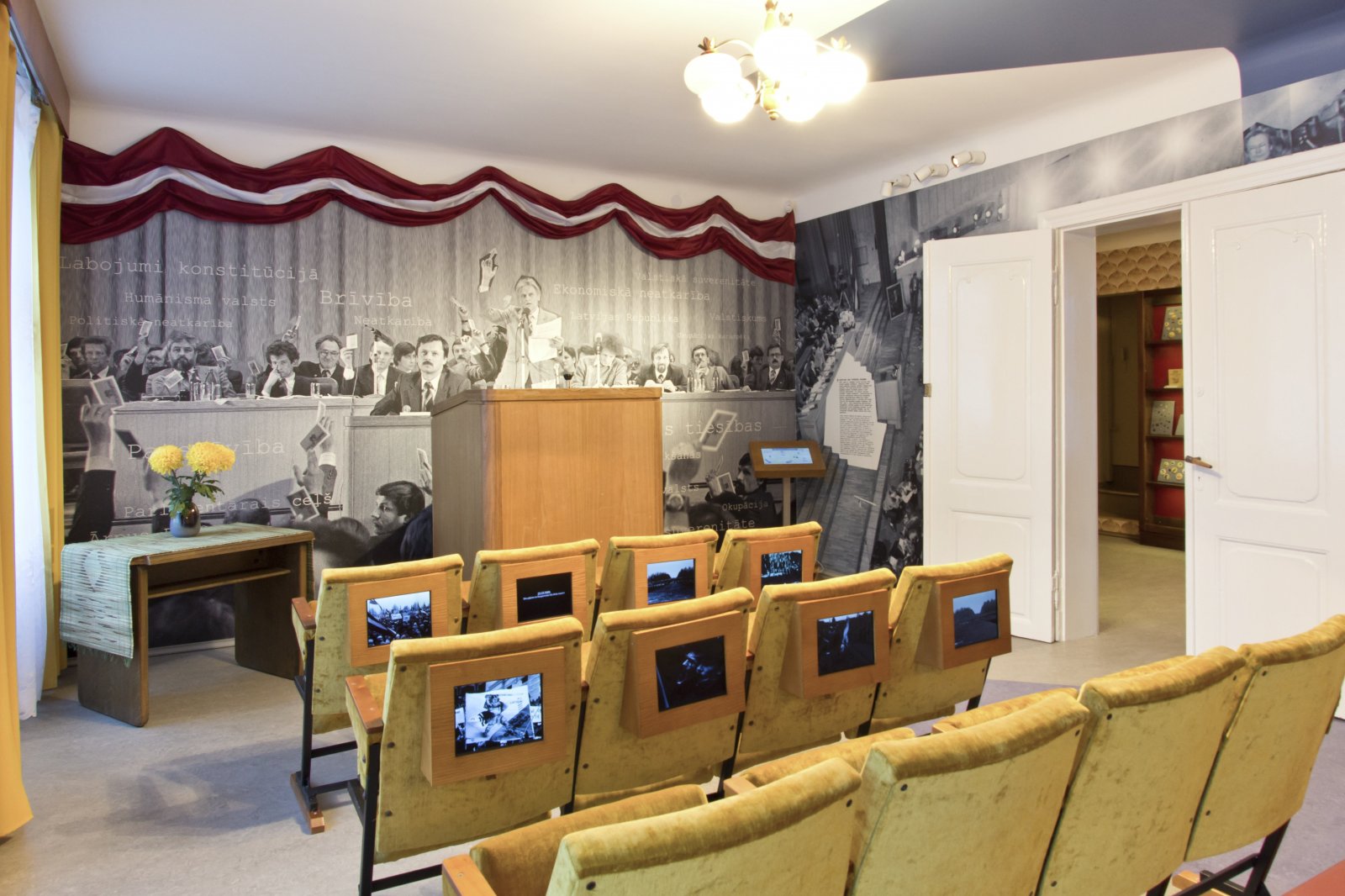 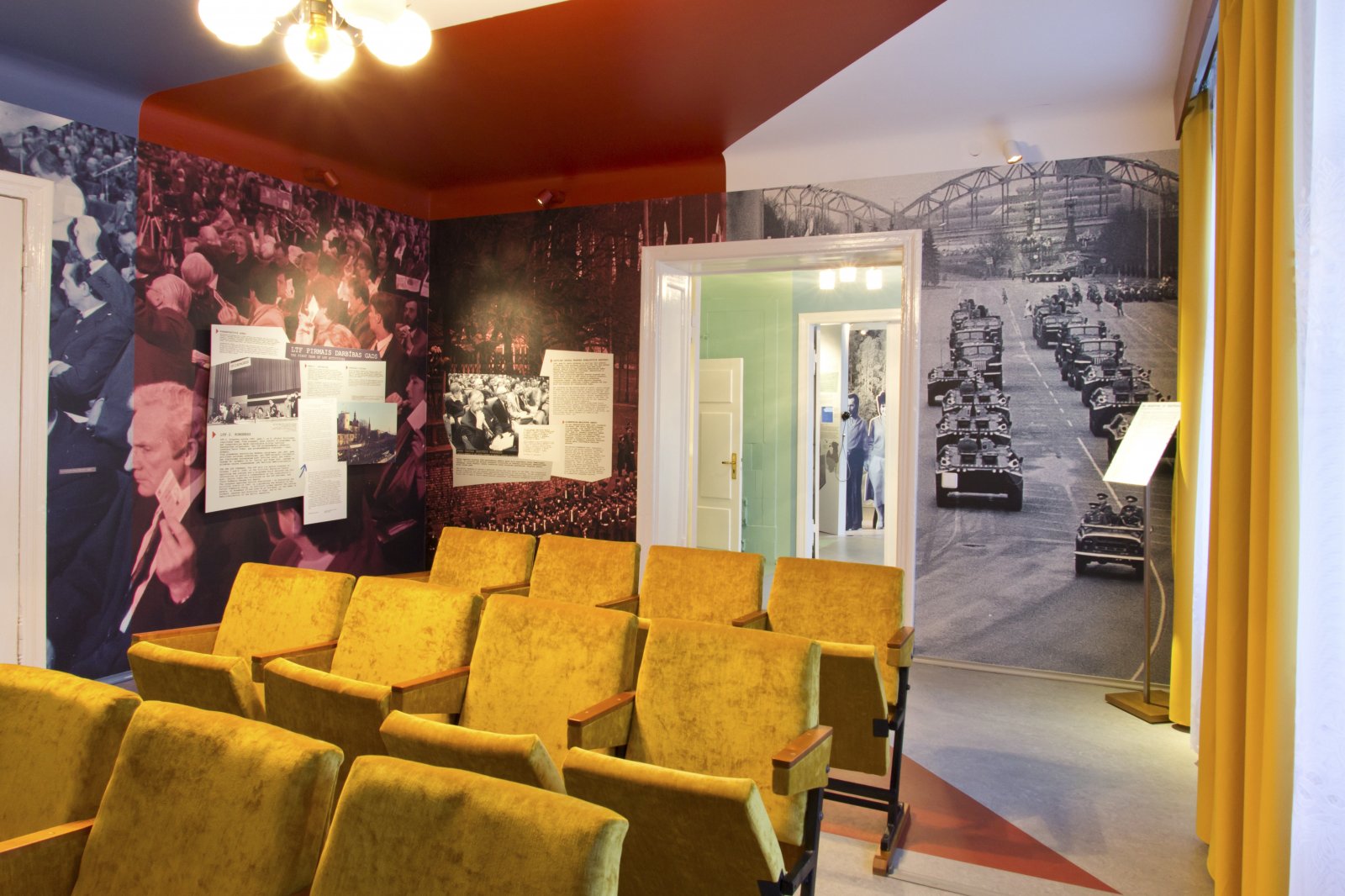 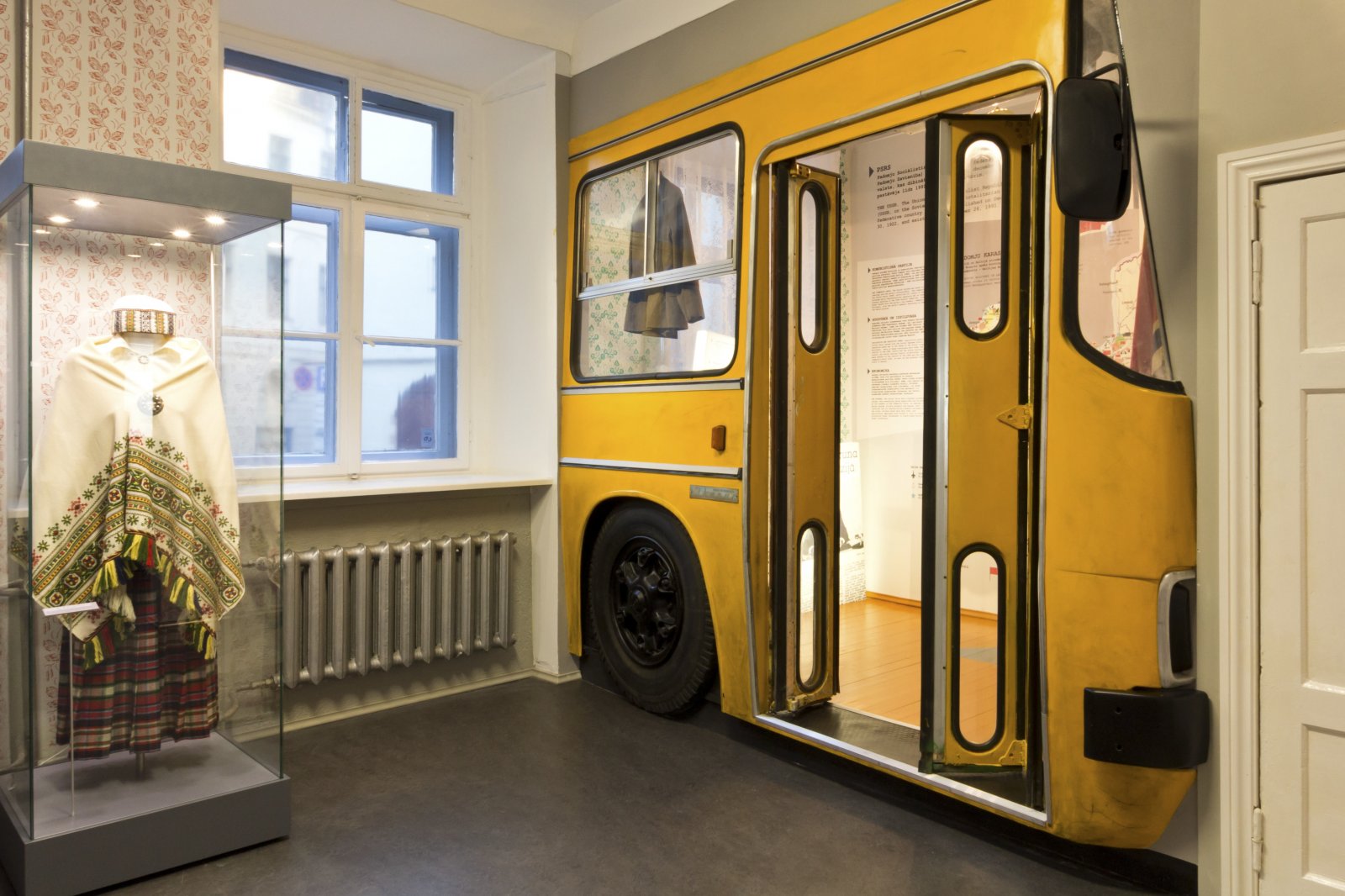