A new exhibition dedicated to the history of Liepaja from 1918-1920 has been added to the permanent exhibition of the Museum of Liepaja. This is a period when the recently founded Republic of Latvia fought for its independence, and Liepaja became the temporary home for the Latvian Provisional Government. The exhibition is installed in two rooms, the first tells about the life of townspeople at the beginning of Latvian independence, the second is dedicated to the operation of Latvian Provisional Government during its stay in Liepaja.

The exhibition creates an environment that helps visitors to experience the mood of the period. The exhibition of the first room emphasizes contrasts between the character of a Latvian city at the beginning of the 20th century and challenges of war. Meanwhile, the second room creates a suspensive atmosphere of a cabin on the ship “Saratov” where Latvian Provisional Government had sheltered itself and had to make decisions in a very complicated political situation. There are several unique and authentic exhibits of that time in the exhibition, like the early 20th century photo camera used in a photo saloon in Liepaja. An important part of the exhibition are multimedia installations like the interactive projection table and the model of the ship “Saratov” as well as atmospheric sound effects that together tell the story of the Provisional Government. 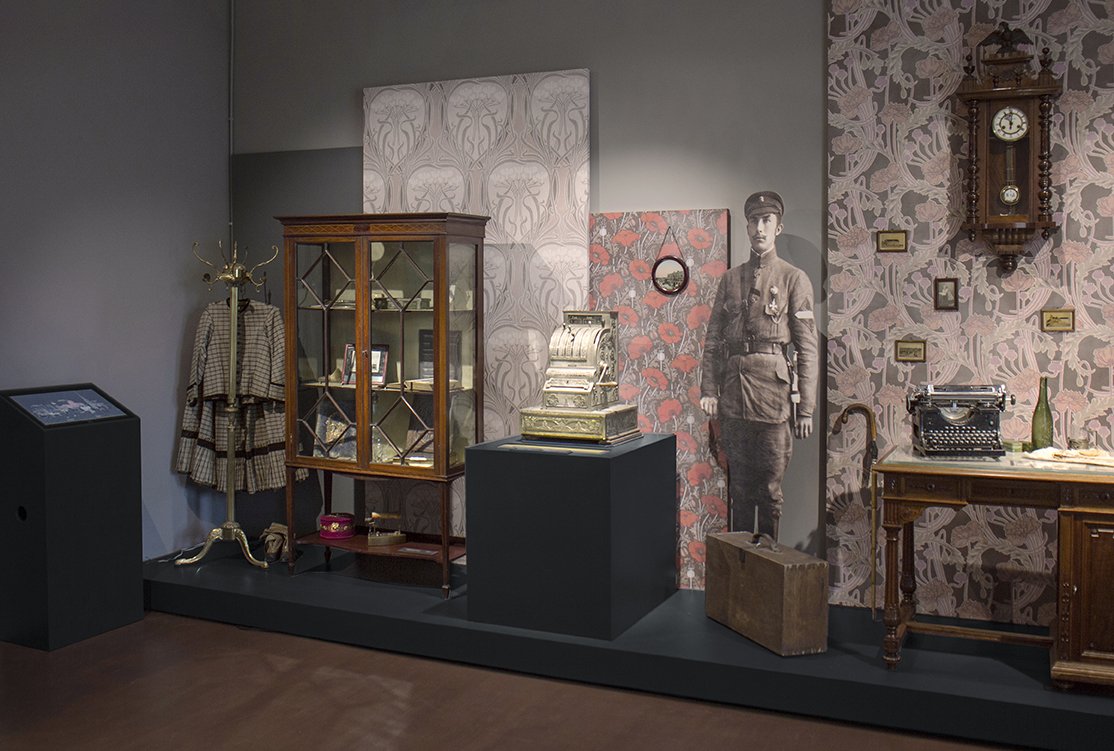 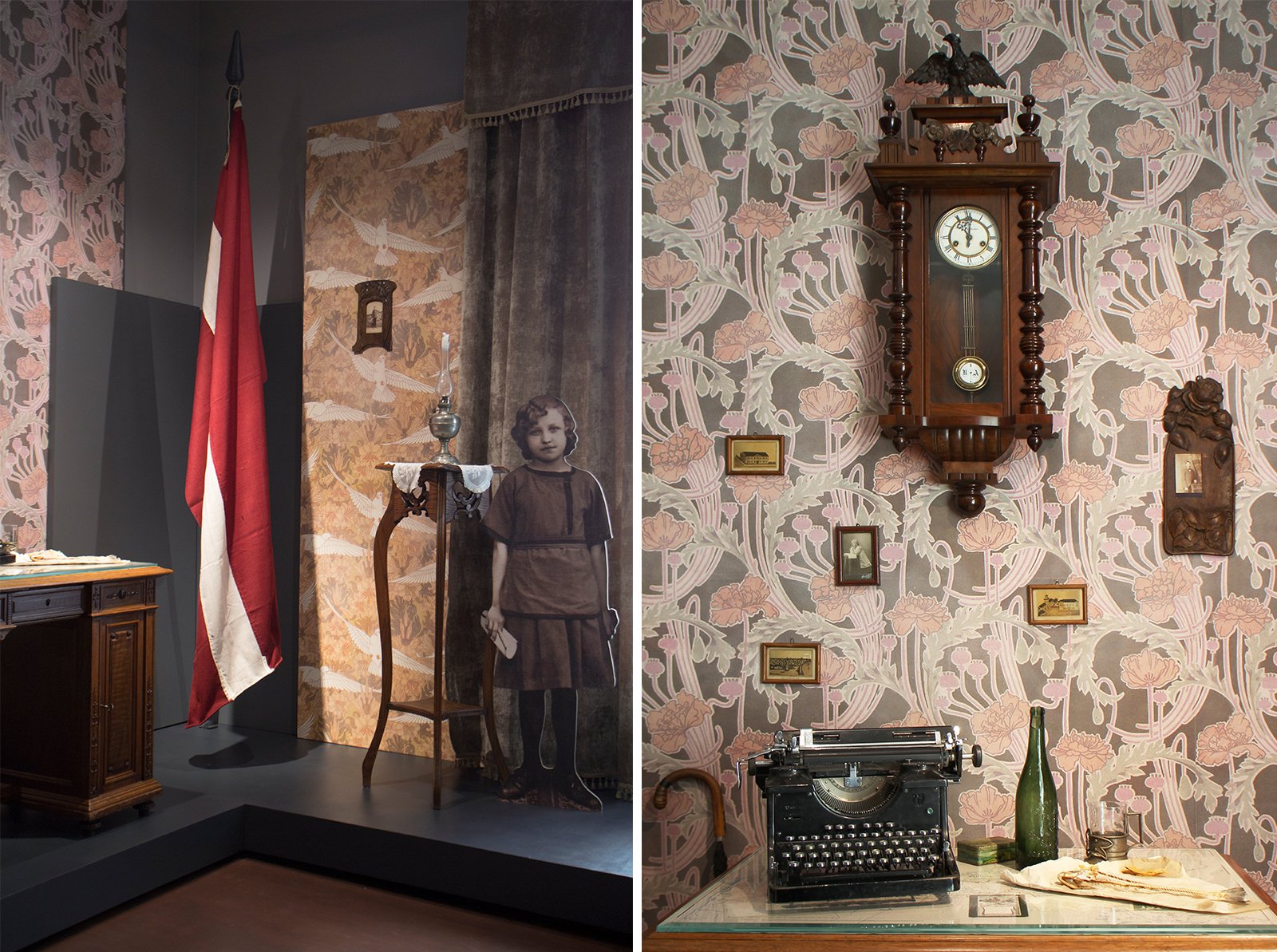 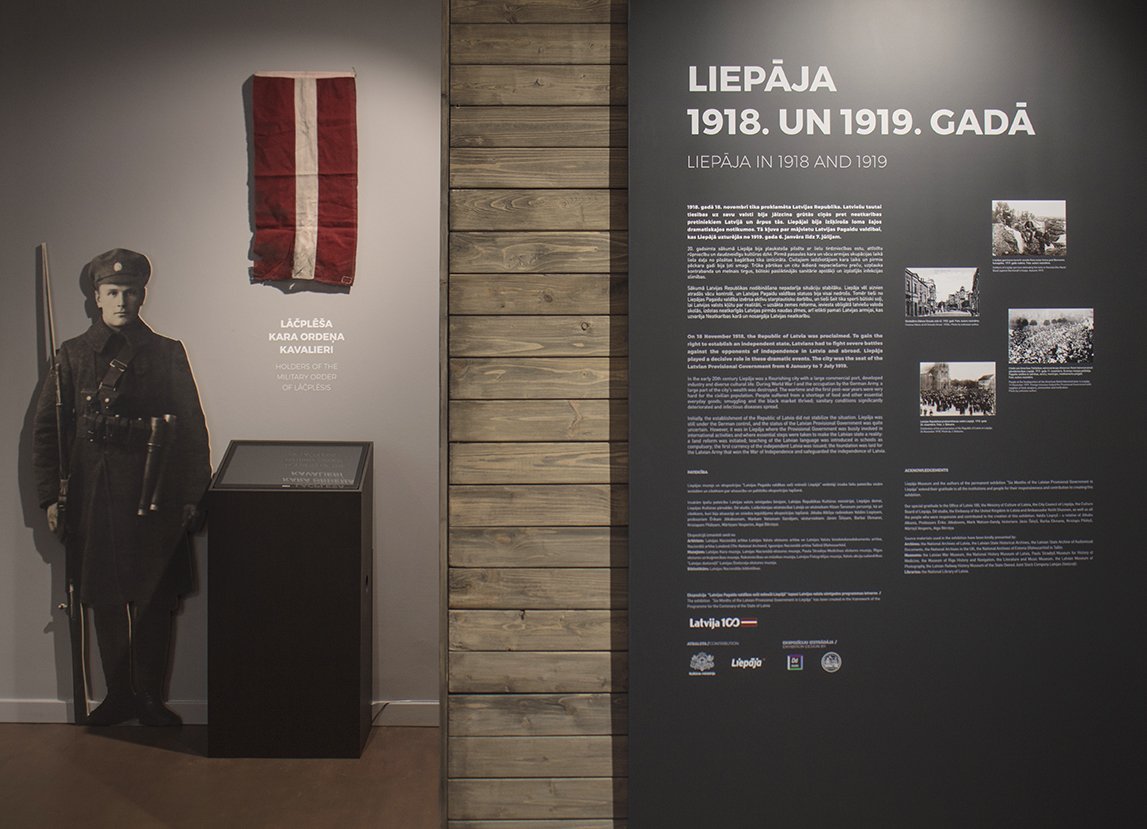 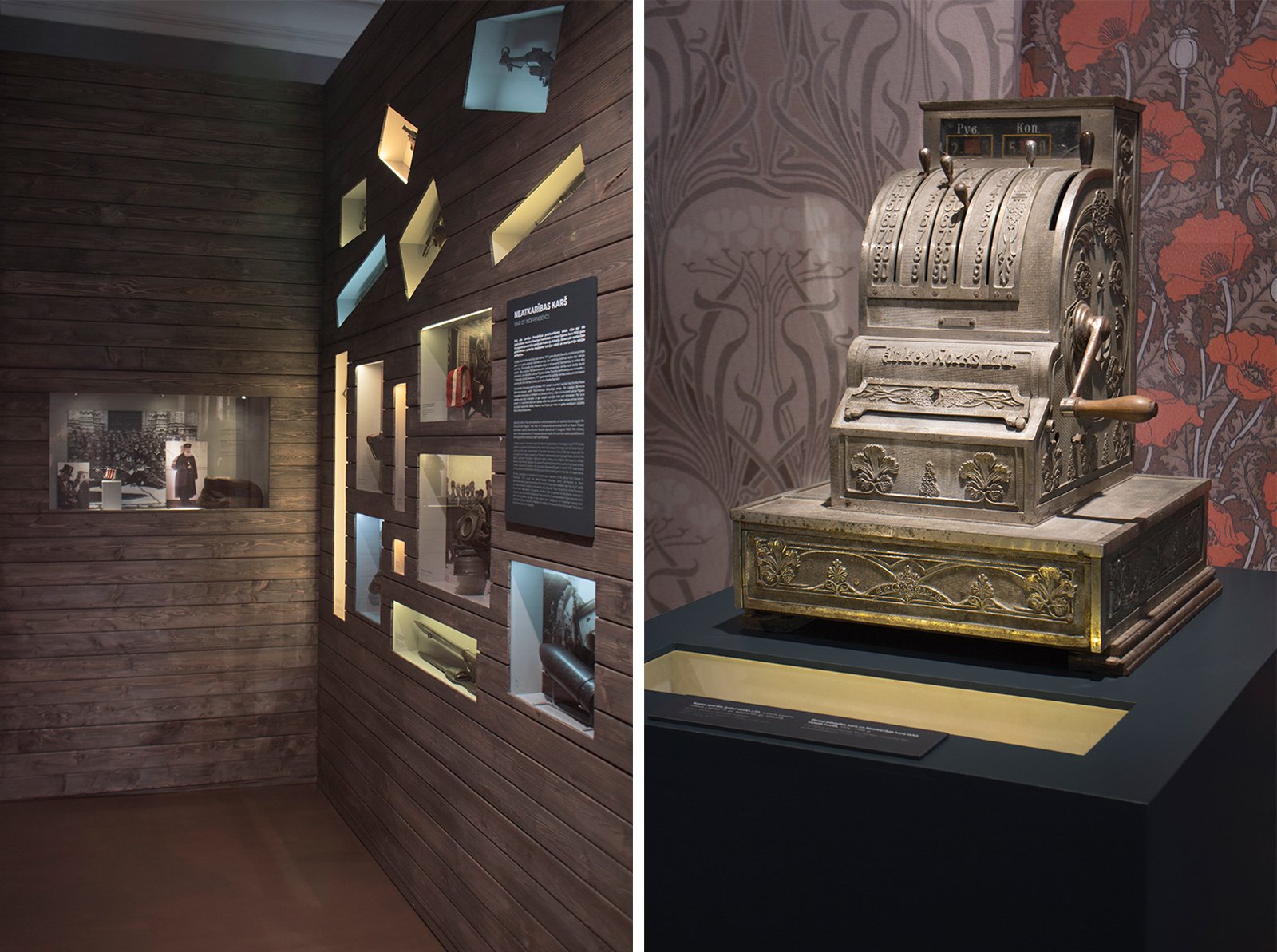 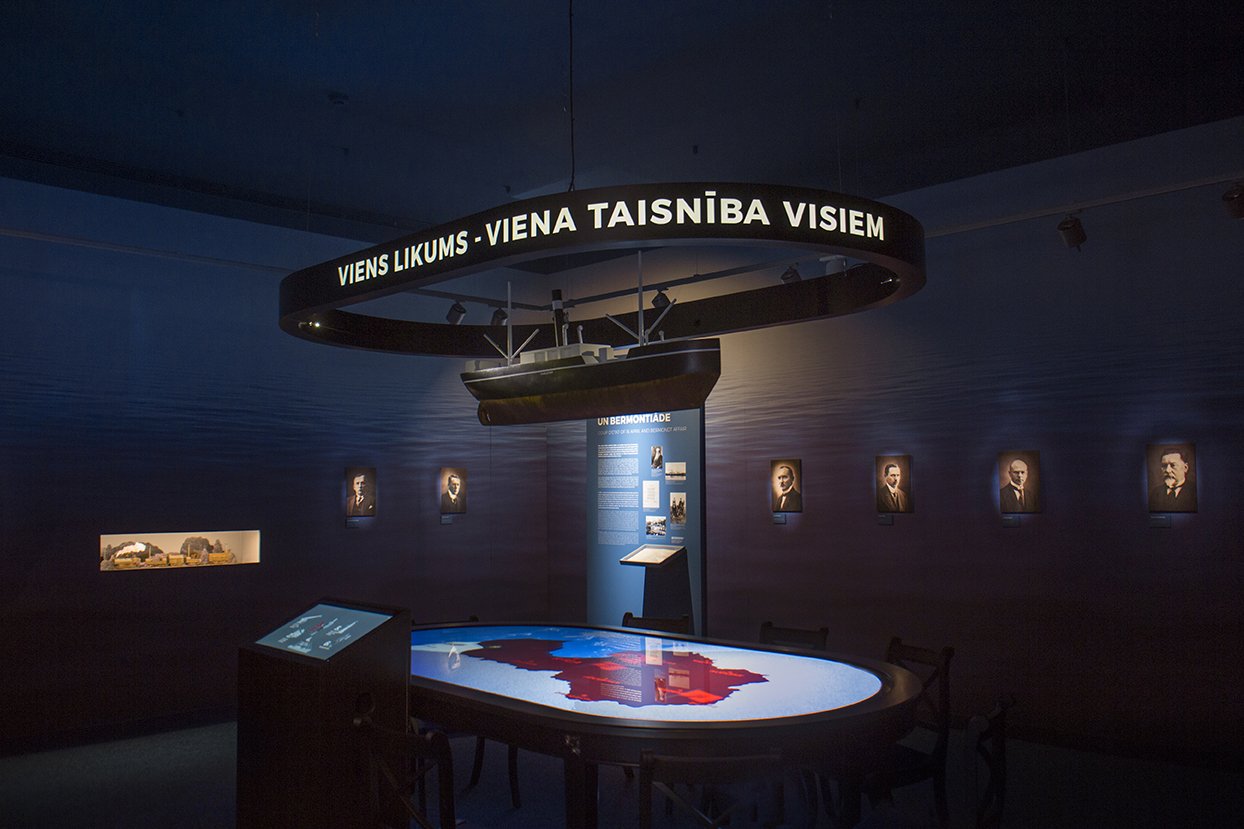 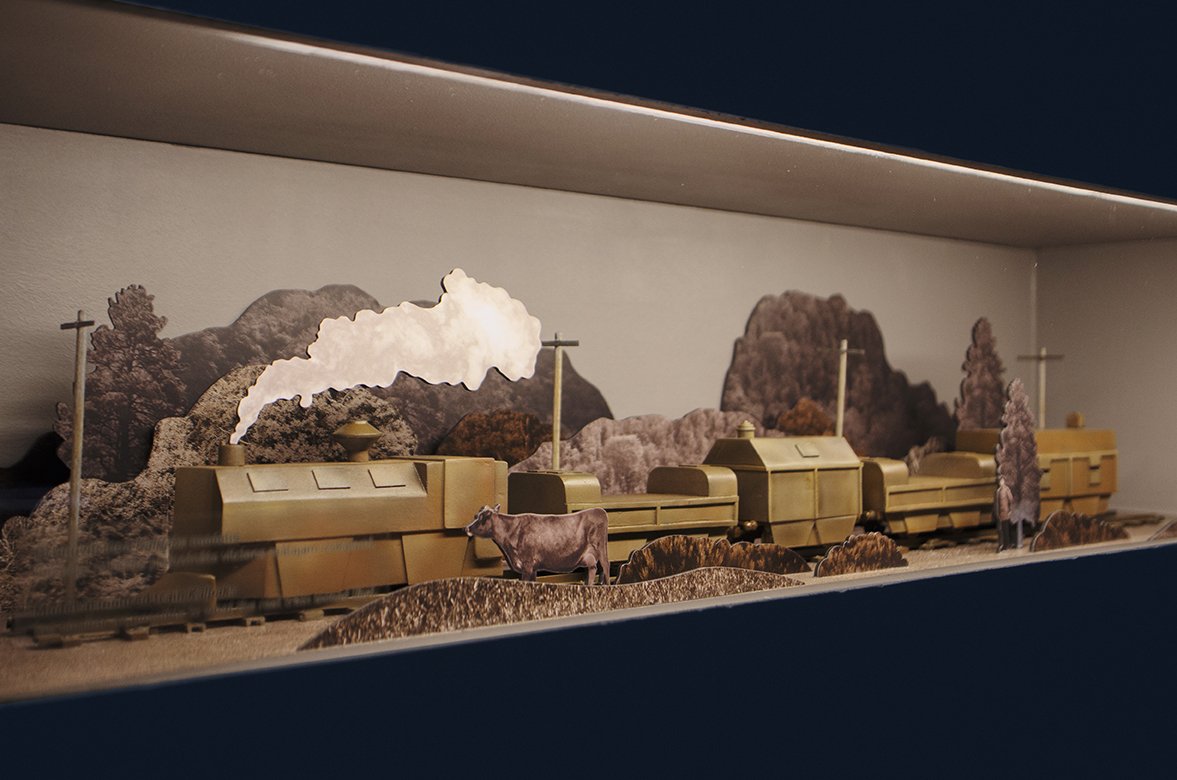 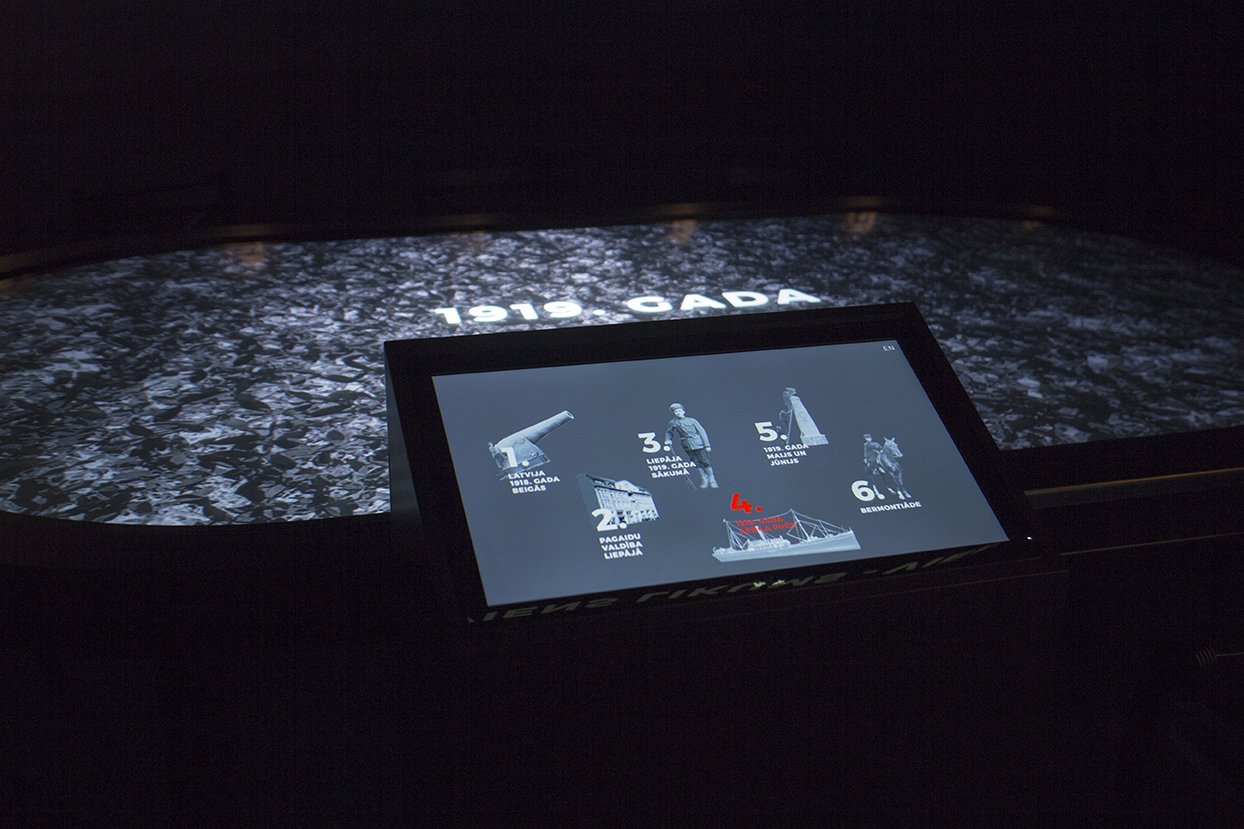 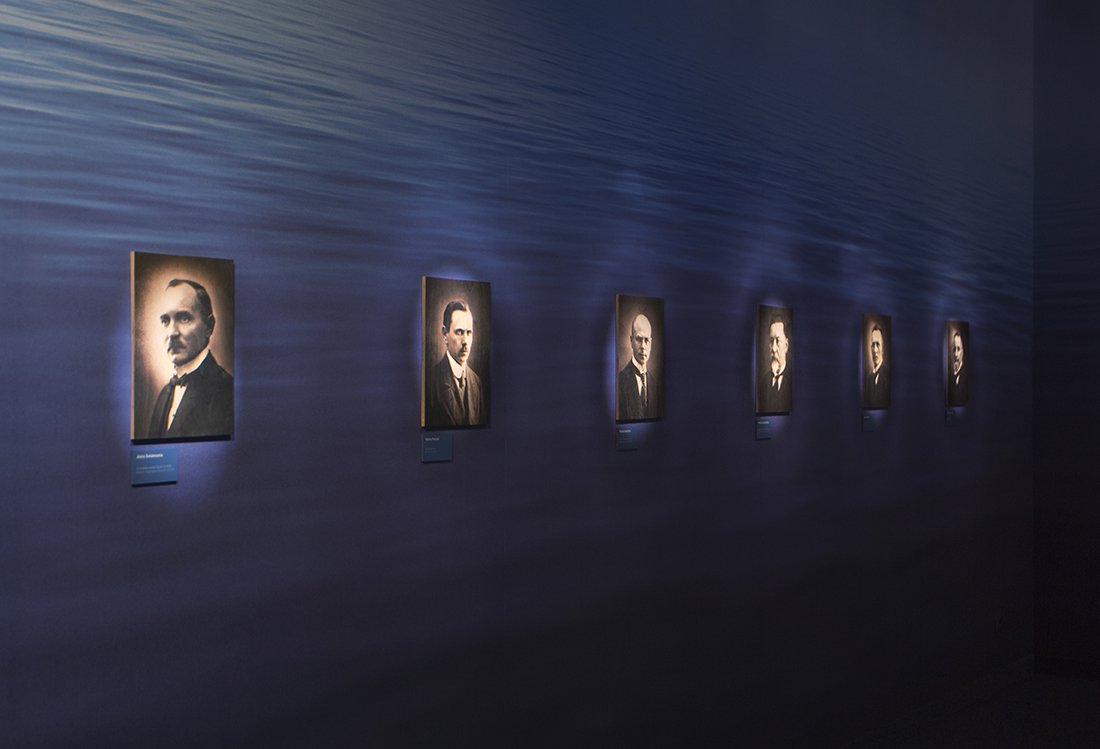