The exhibition shares a space with the library of SOCAR headquarters. So, one of the tasks for designers was to create a contemporary multimedia exhibition without comprising the functionality of the library. The exhibition is structured as a chronological timeline of the main achievements of Azerbaijani oil industry, and the account of technological development is enlivened and made easy to understand using contemporary museum techniques starting with installations of early oil derricks and ending with dioramas and 3D animations of contemporary oil platforms. 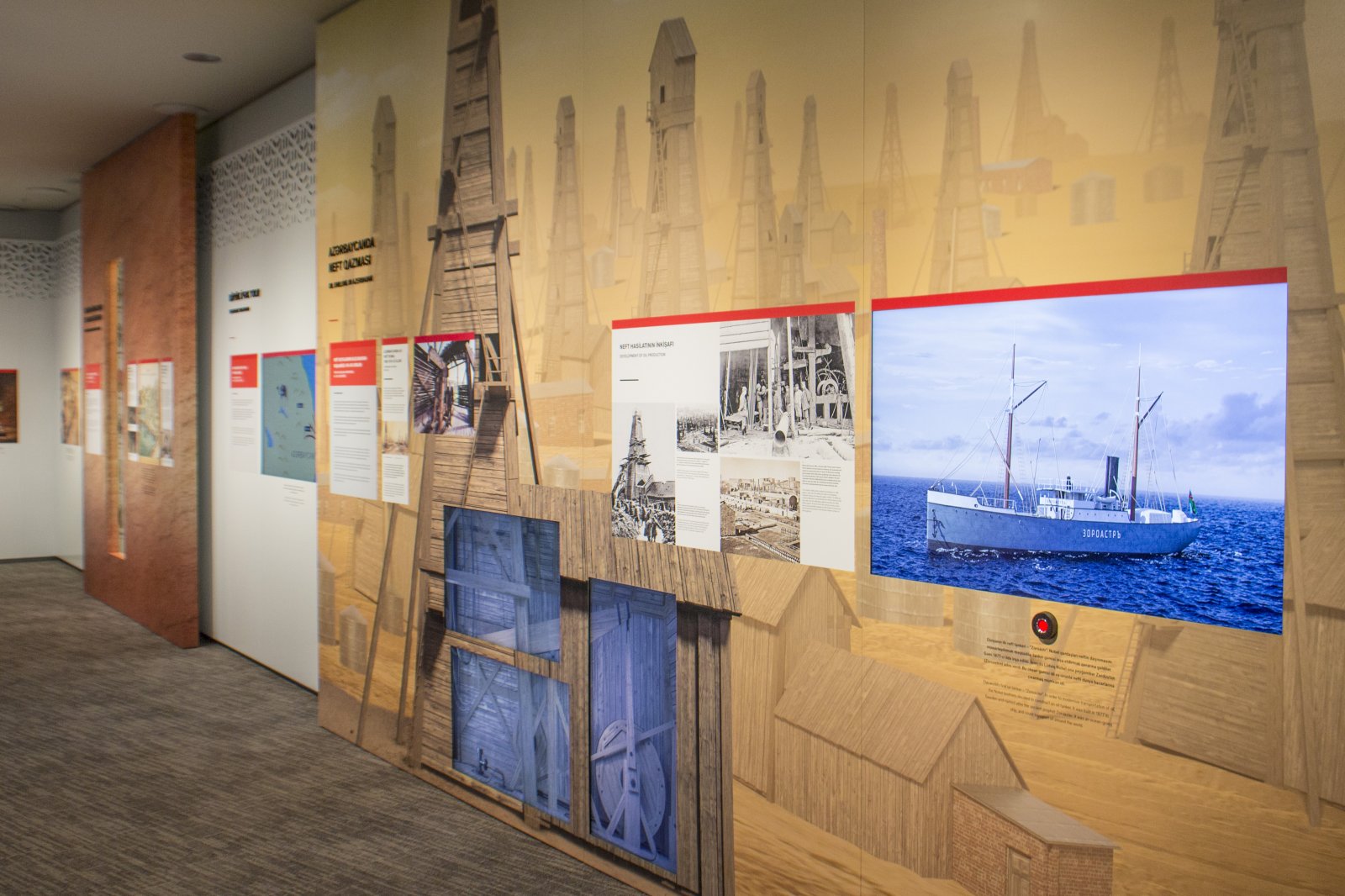 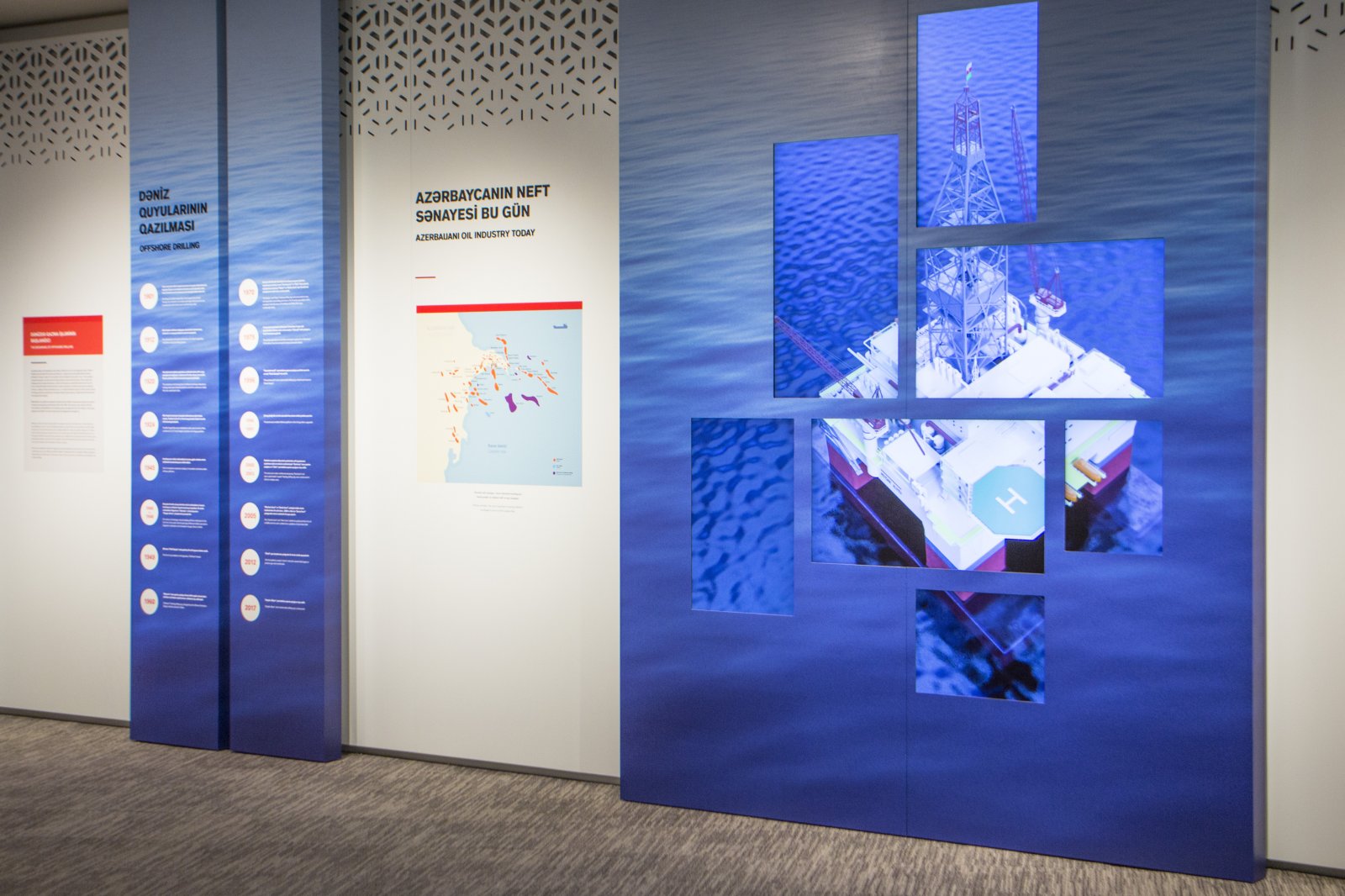 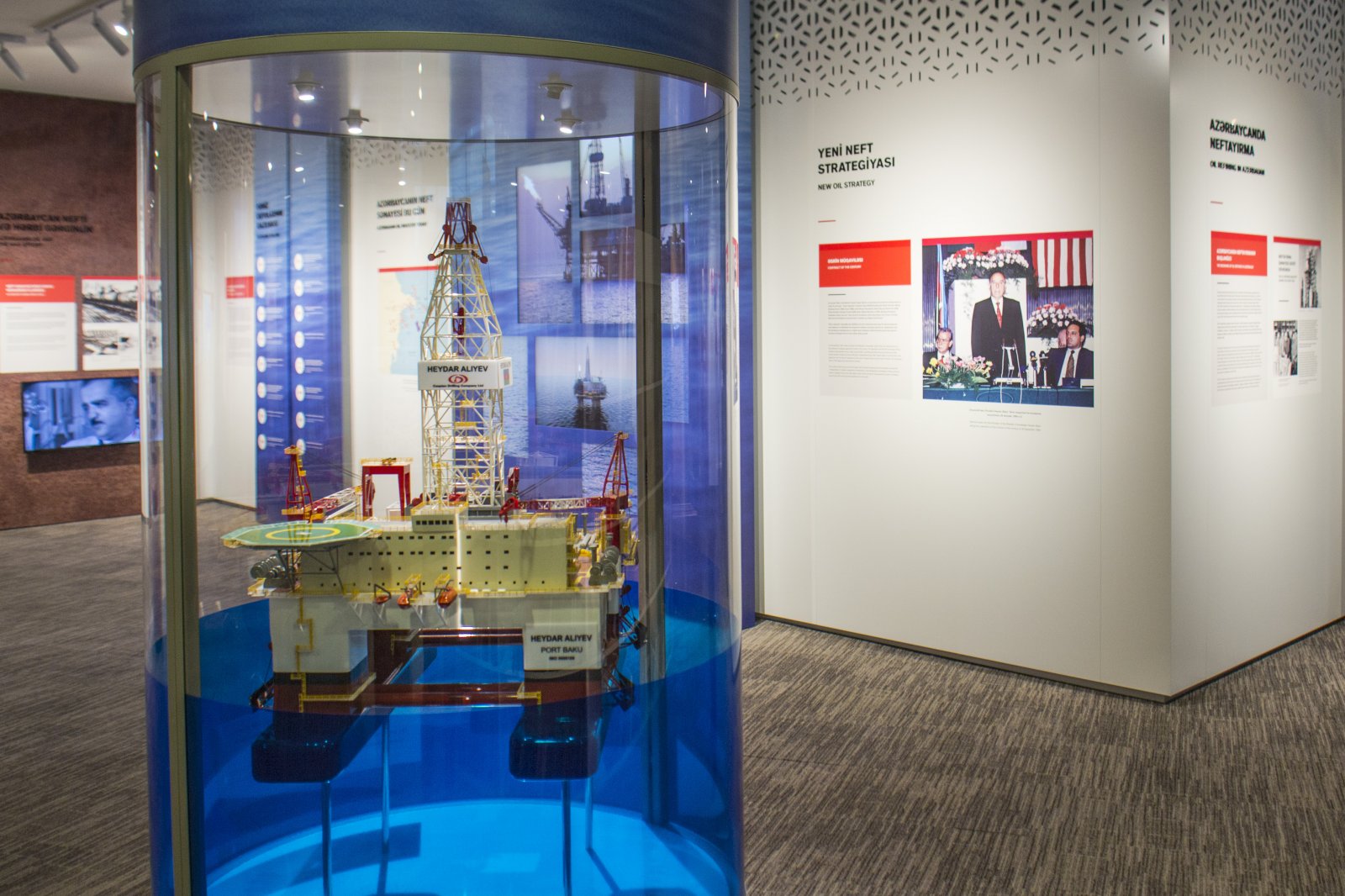 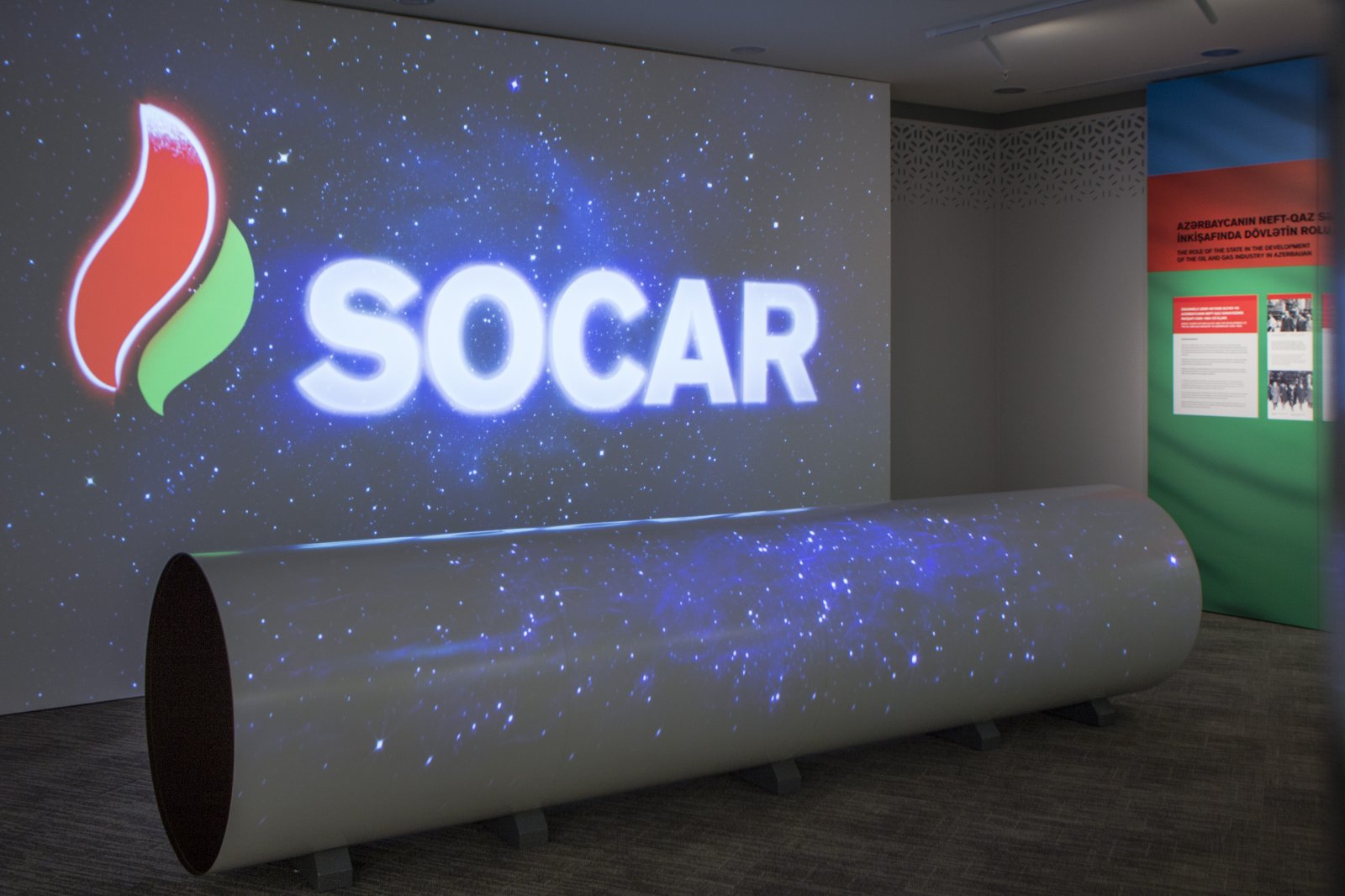 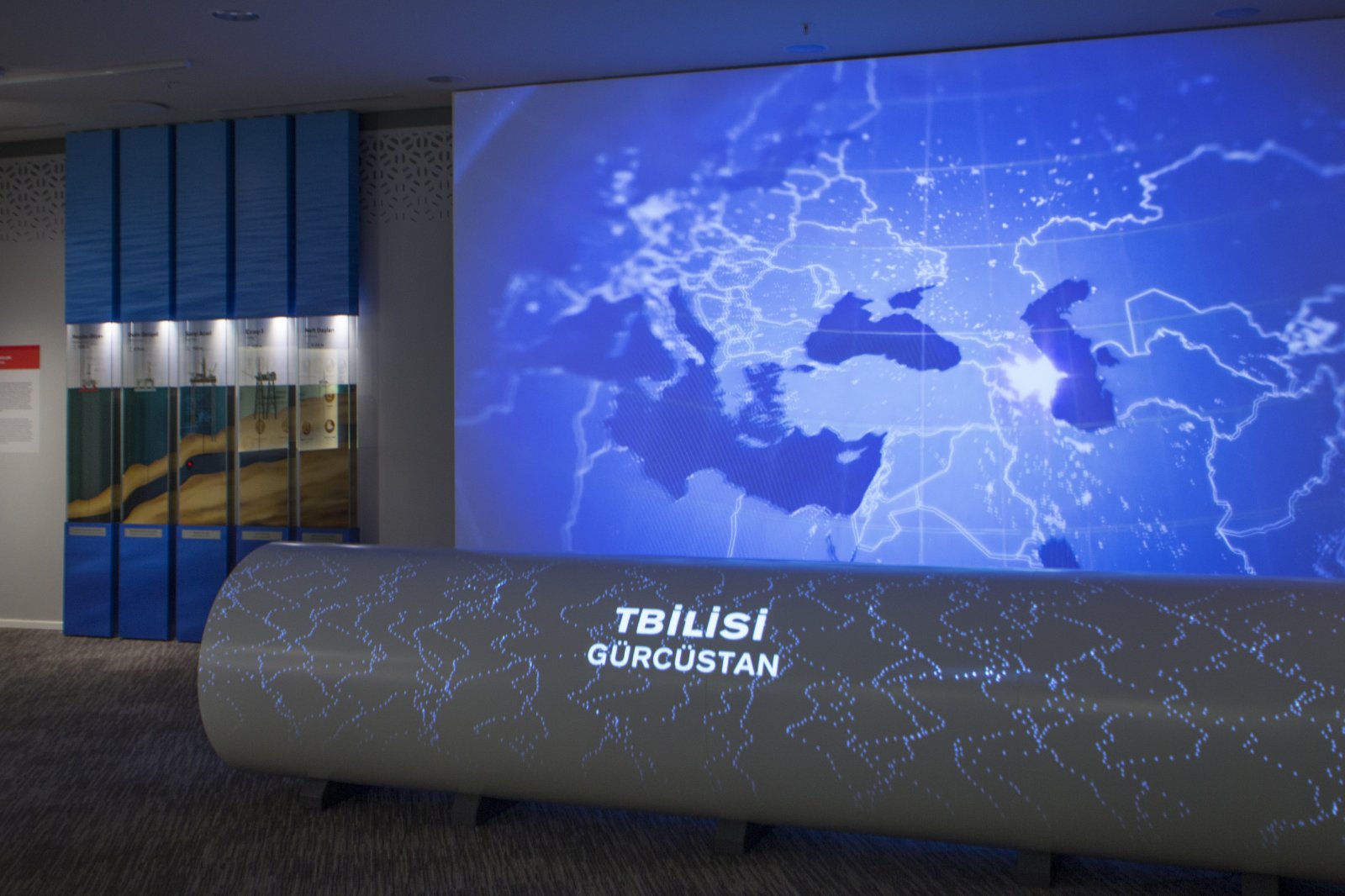 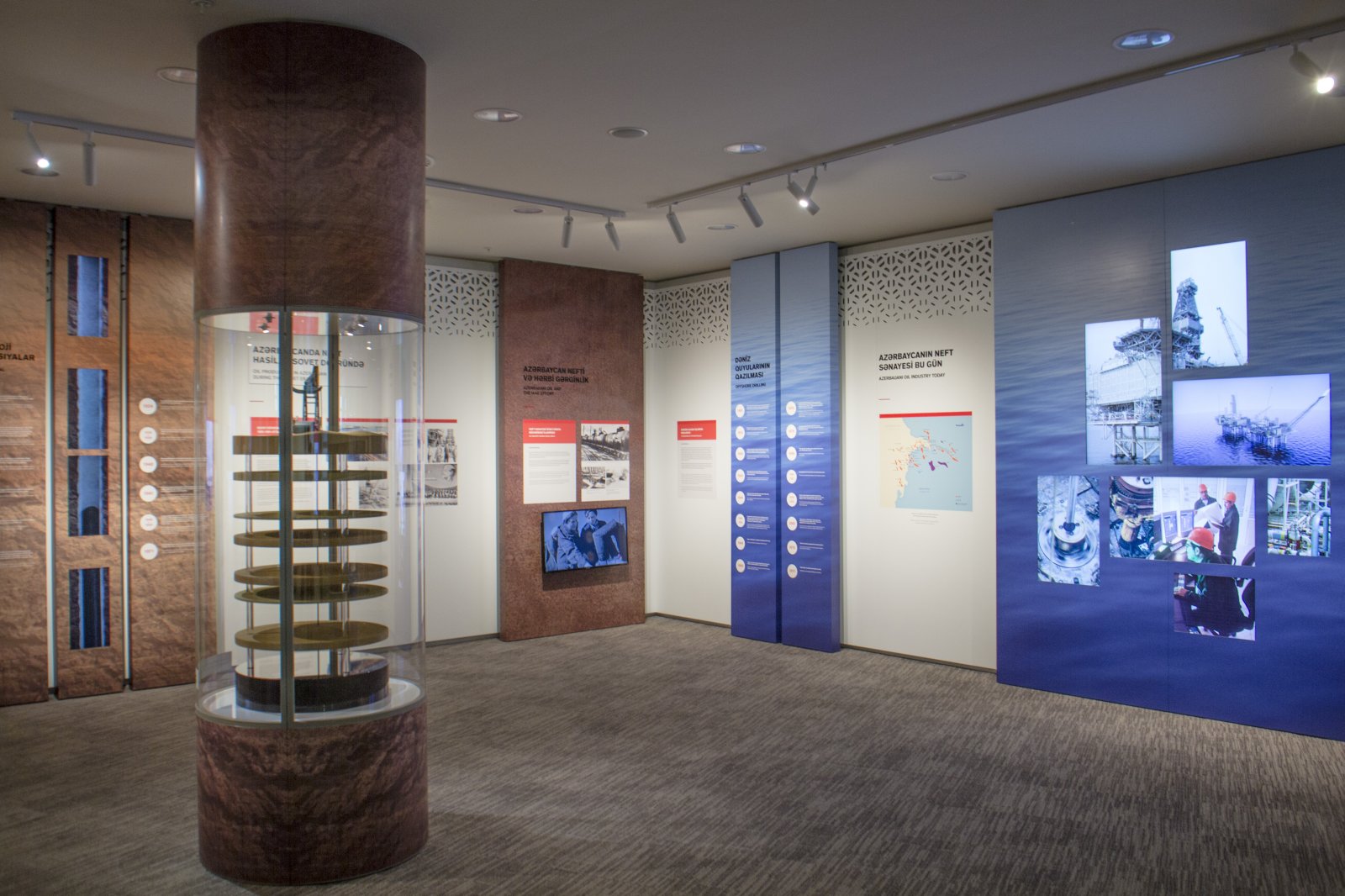 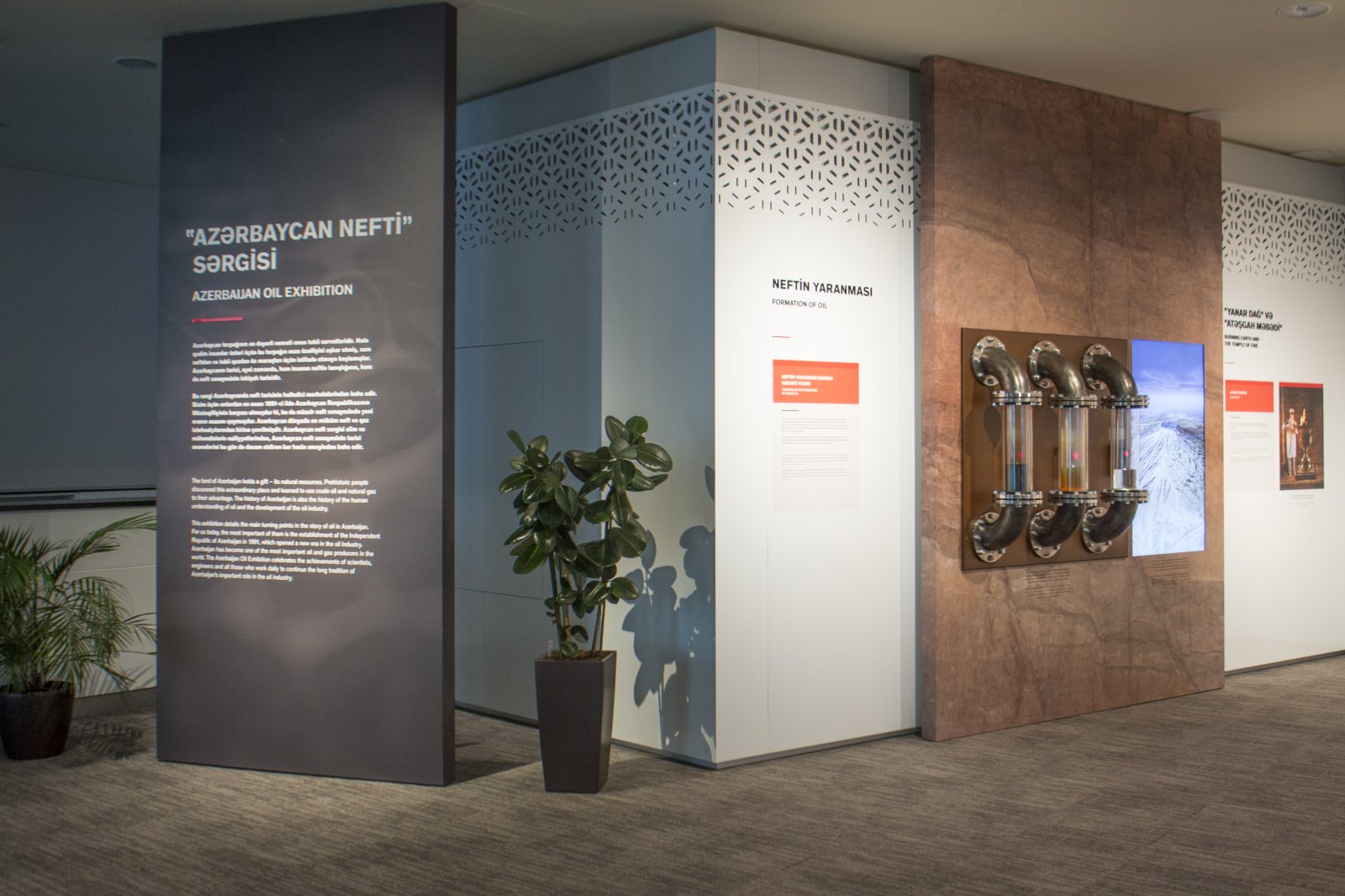