The collection of the anatomy museum was formed in the 20ies and 30ies of the 20th century, and has remained largely unchanged to this day. At its core are anatomical preparations made at the time for teaching and research purposes. Currently, the collection is little used in teaching, but Rīga Stradiņš University decided to renovate the museum, move it to new premises, create a modern exposition that tells about the anatomy, medical profession and medical history in Latvia.

The visual image of the exhibition is designed to remind the 20th century interiors of medical institutions, as they appear in the photographs of that time. The museum's collection is rich in exhibits and located in a relatively small space. Because of that, the exhibition is focused on the authentic objects themselves – in an anatomy museum they are emotionally charged and visually striking anyway. Digital media, such as transparent screens, are placed in the showcases next to the original exhibits. A virtual guide has also been created for the museum, it offers informative visual material about the most interesting exhibits. The task of digital media is to supplement and enrich the perception of the exhibition, they tell about the physiological functions of the organs presented in the museum, as well as the history of the collection, however, modern media do not overwhelm the unique atmosphere of an anatomy museum. 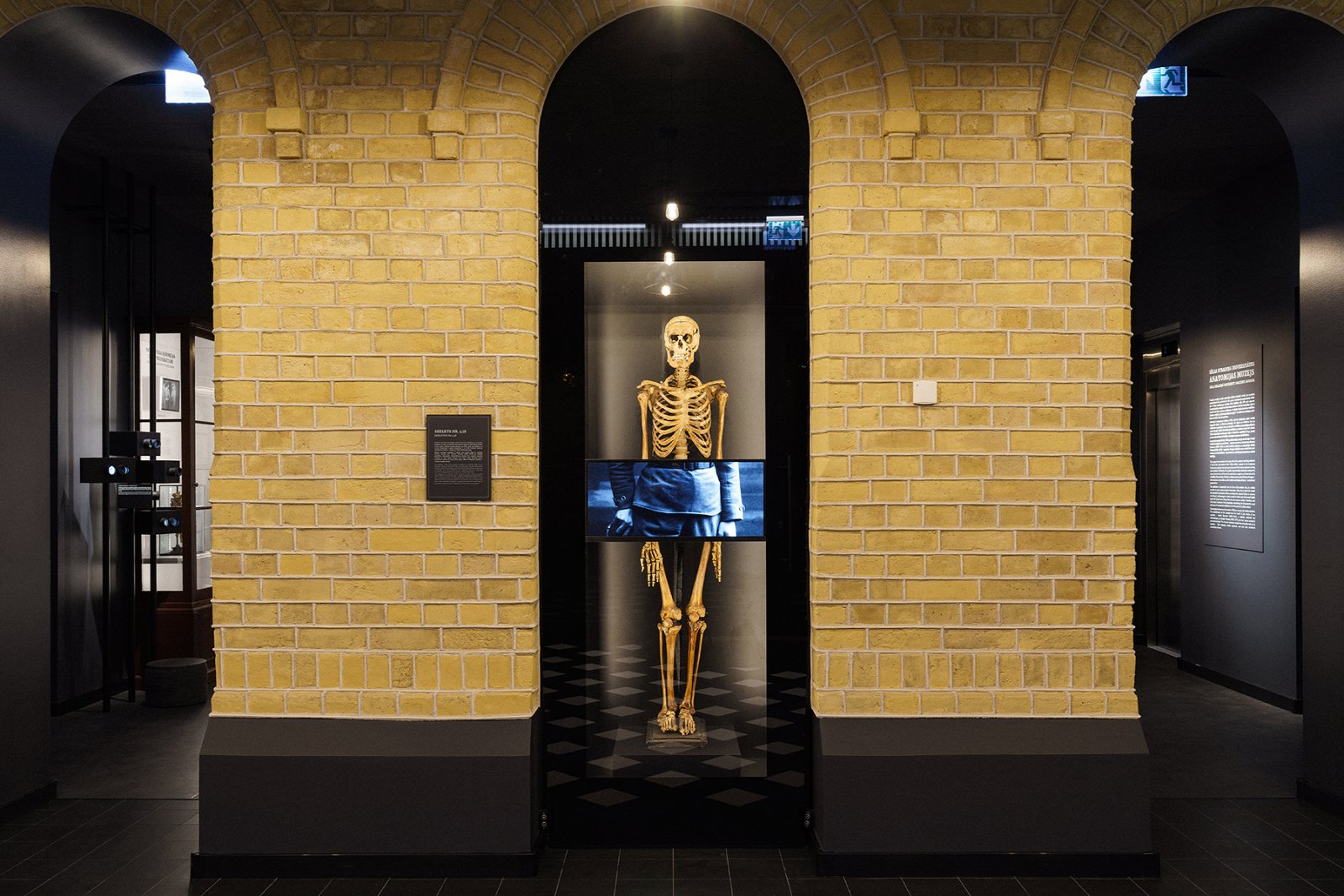 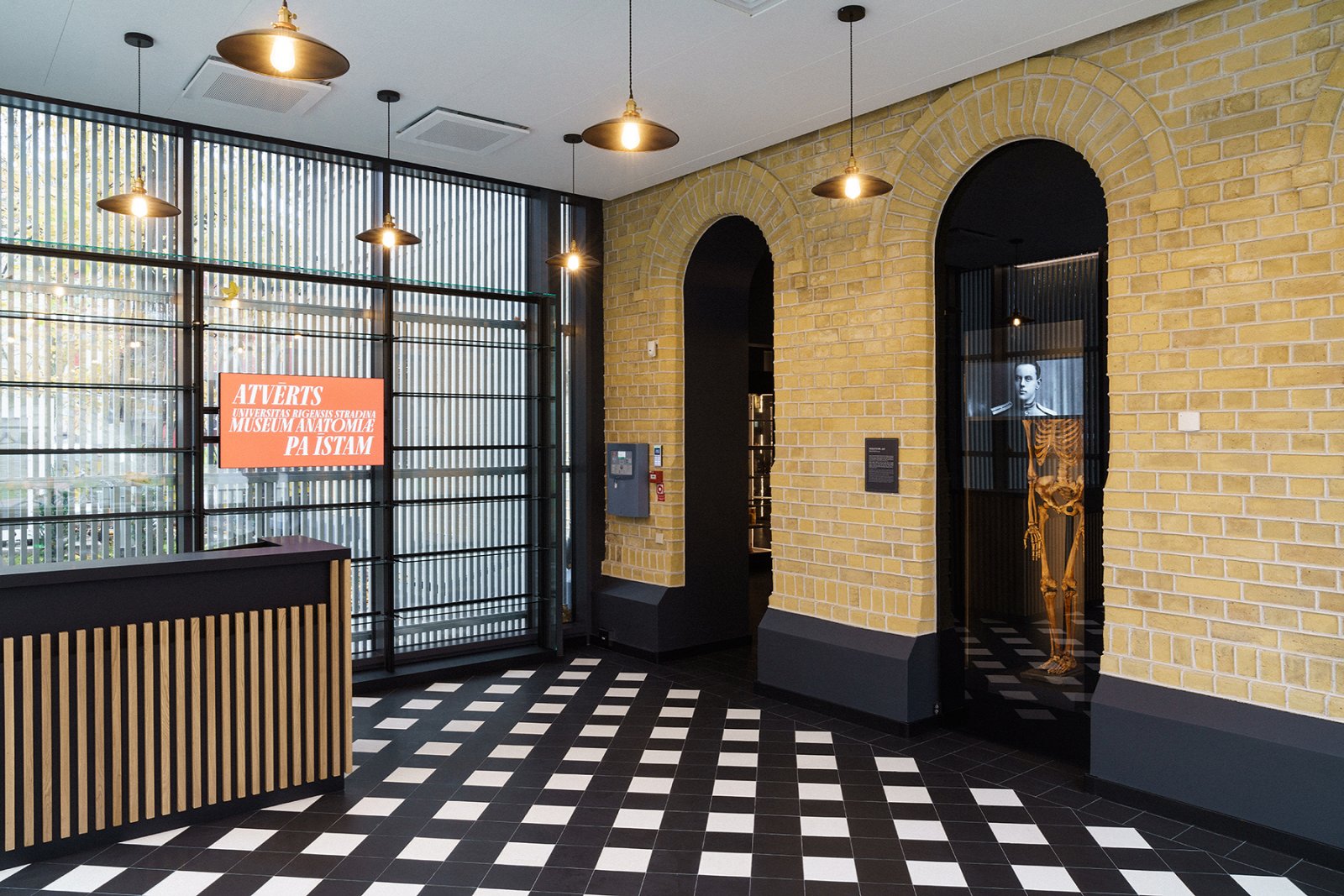 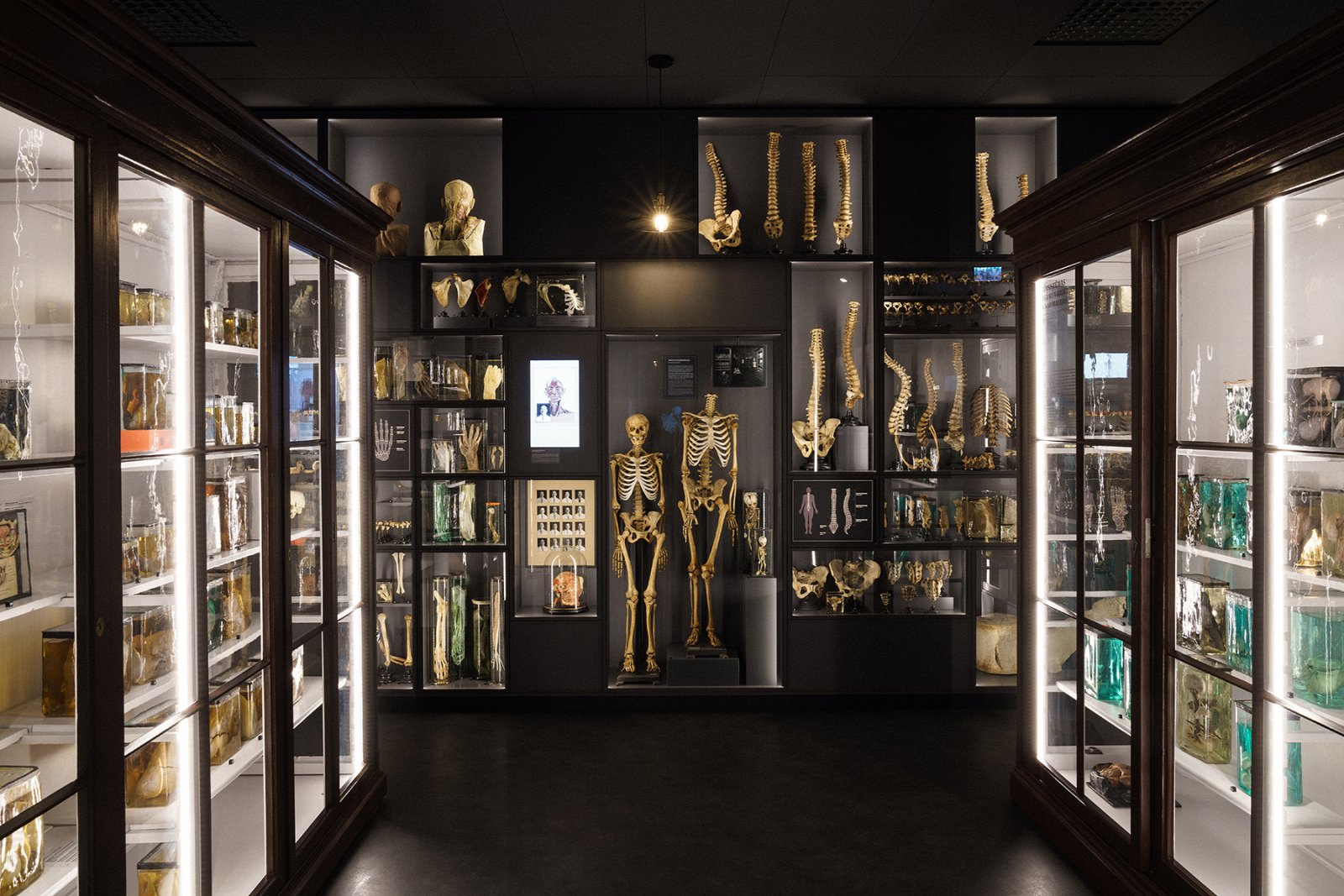 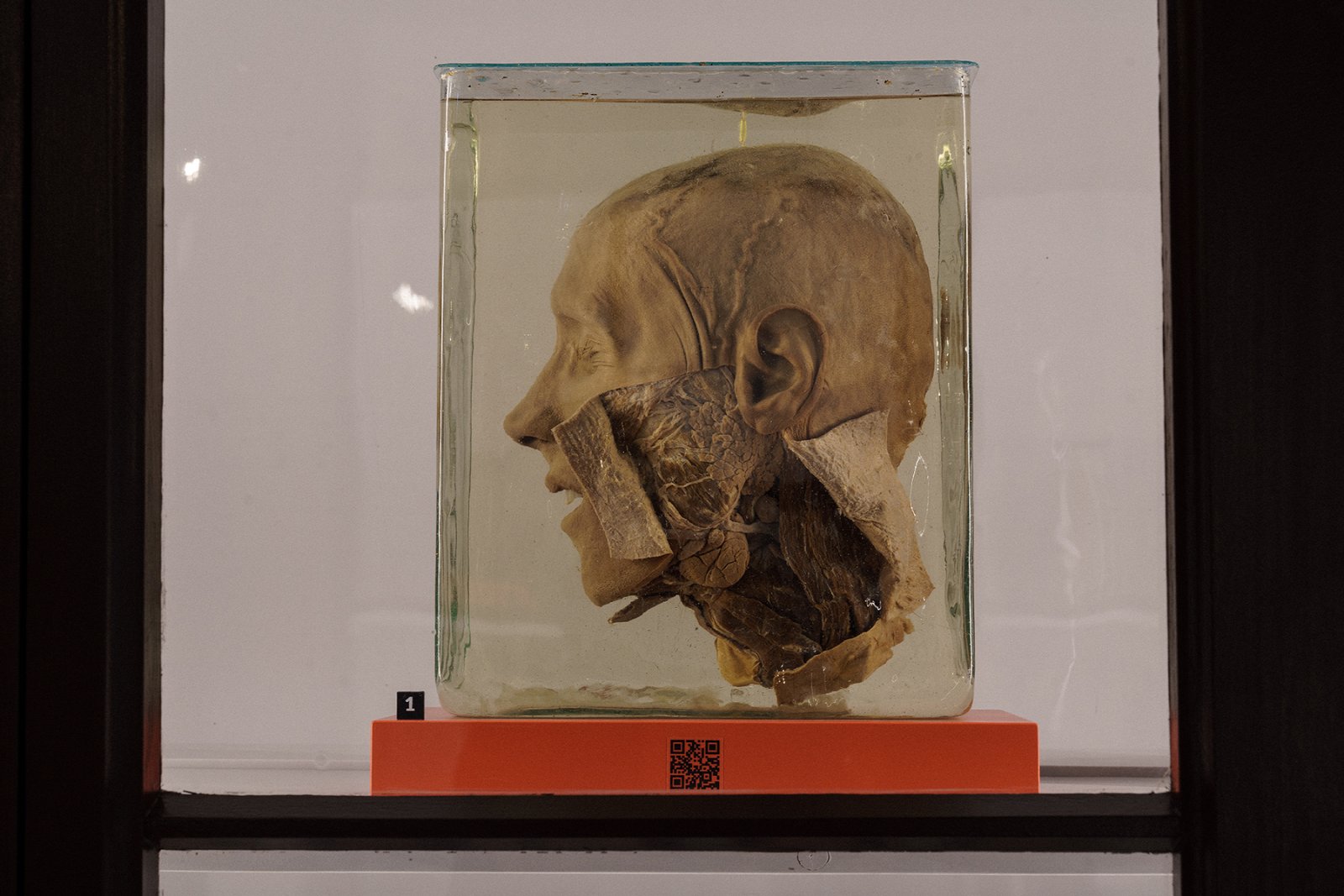 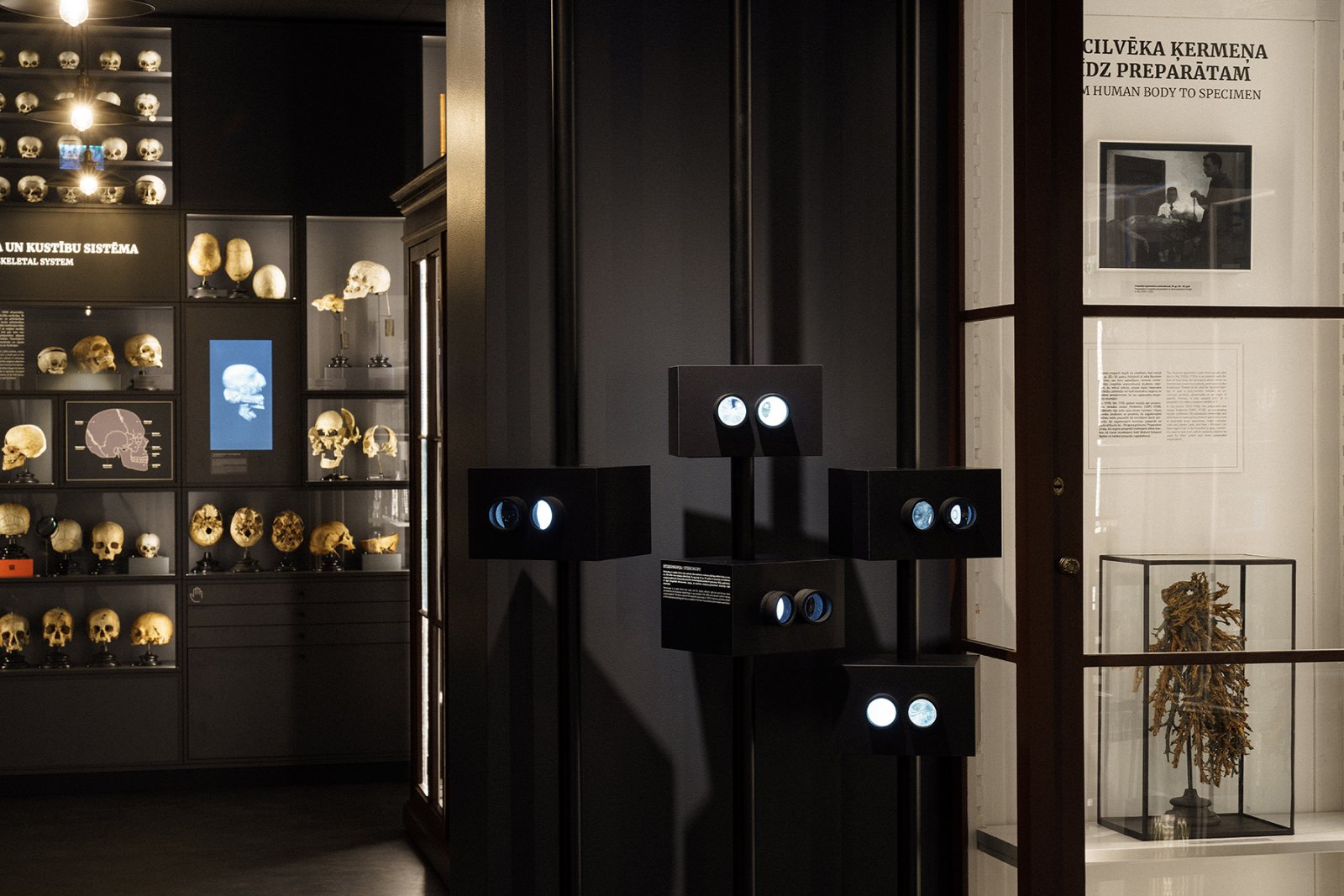 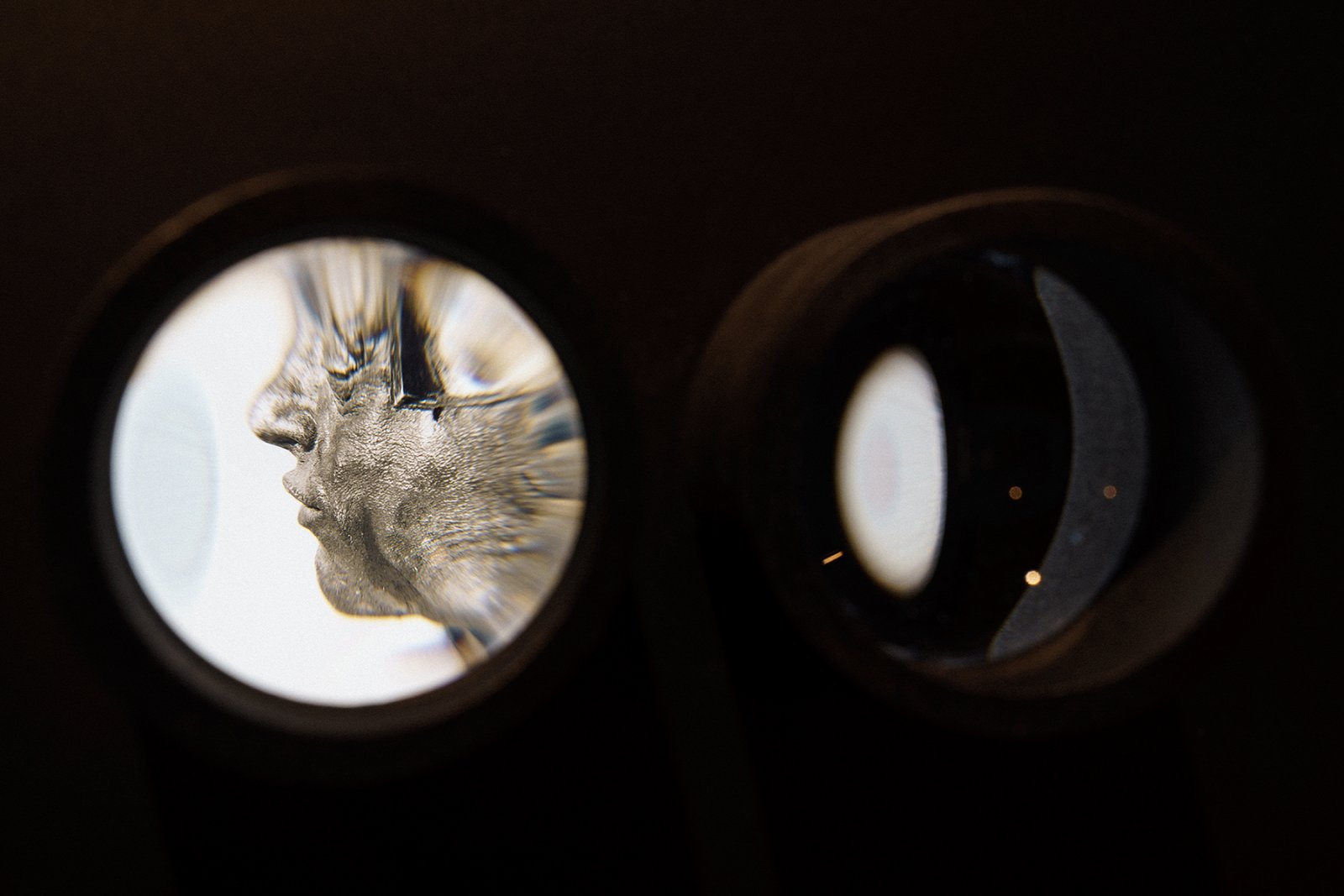 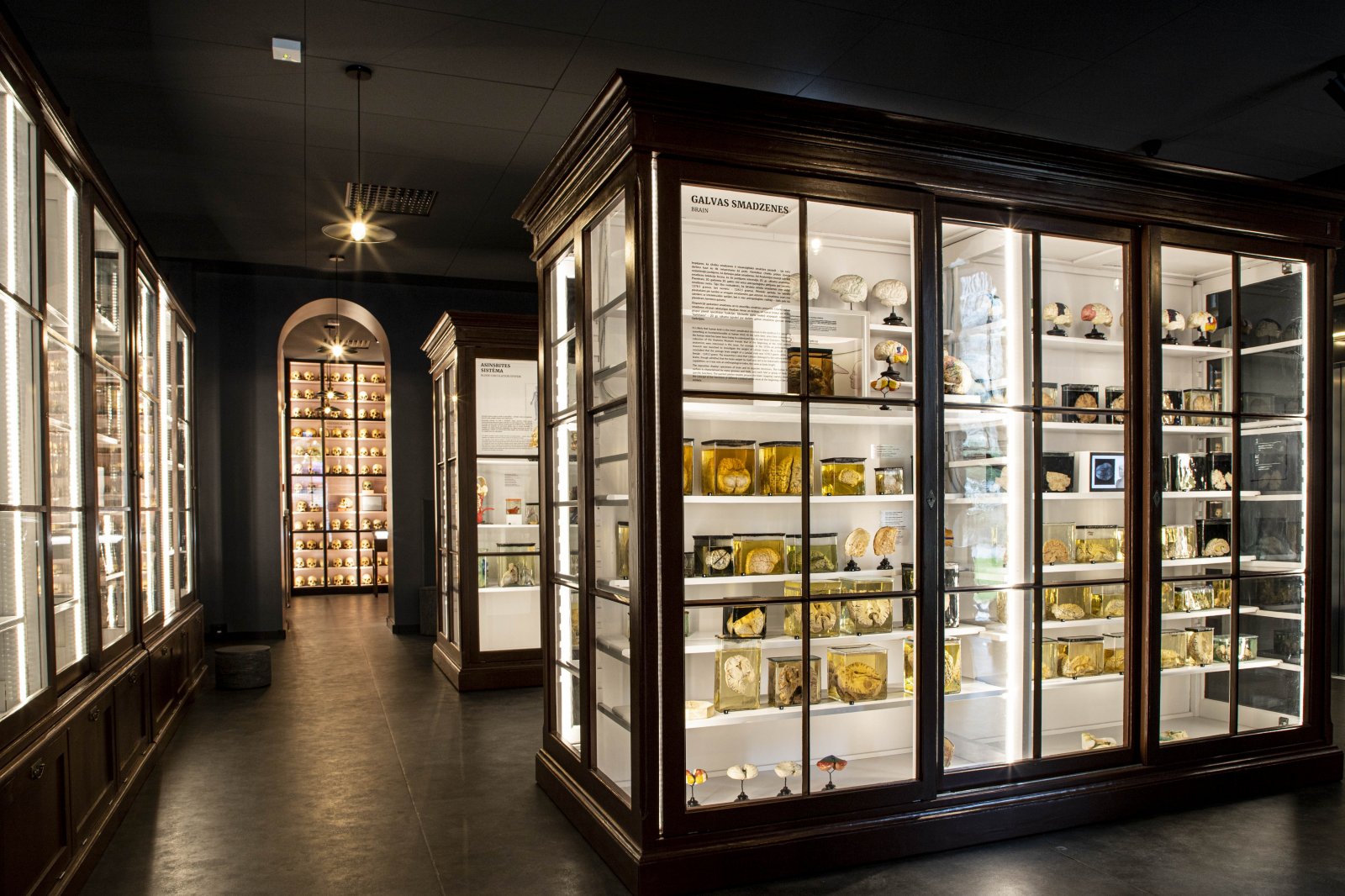 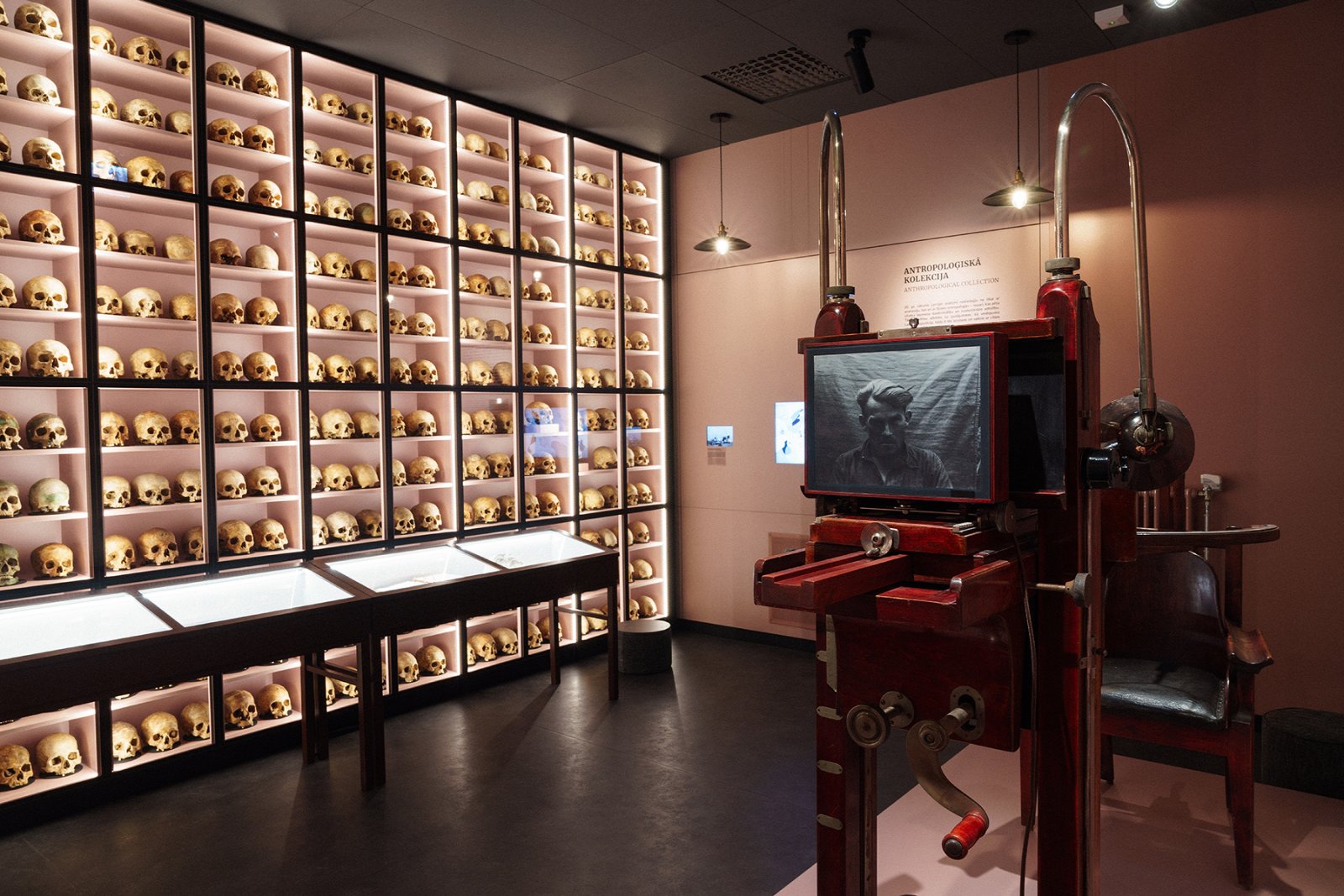 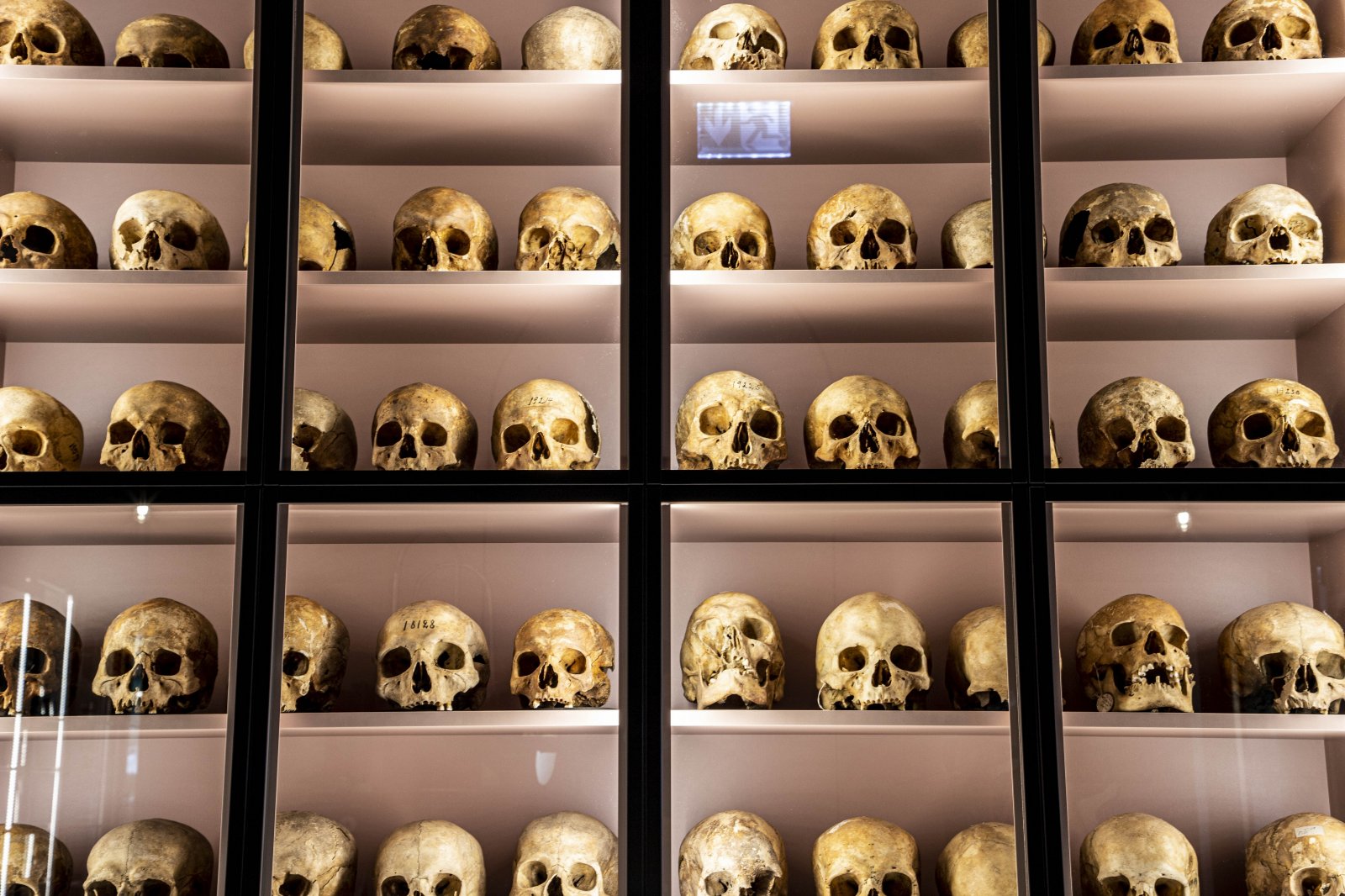 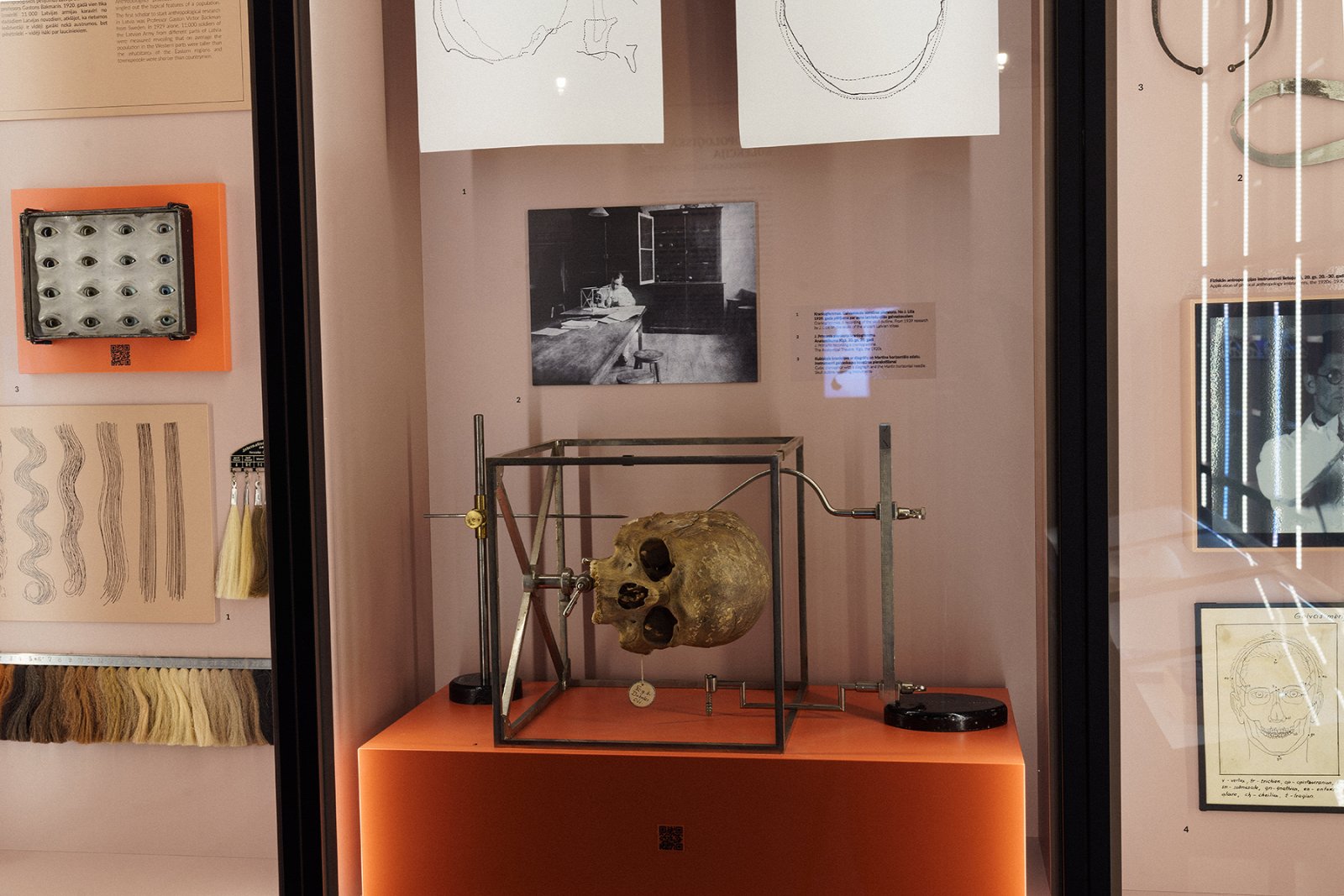 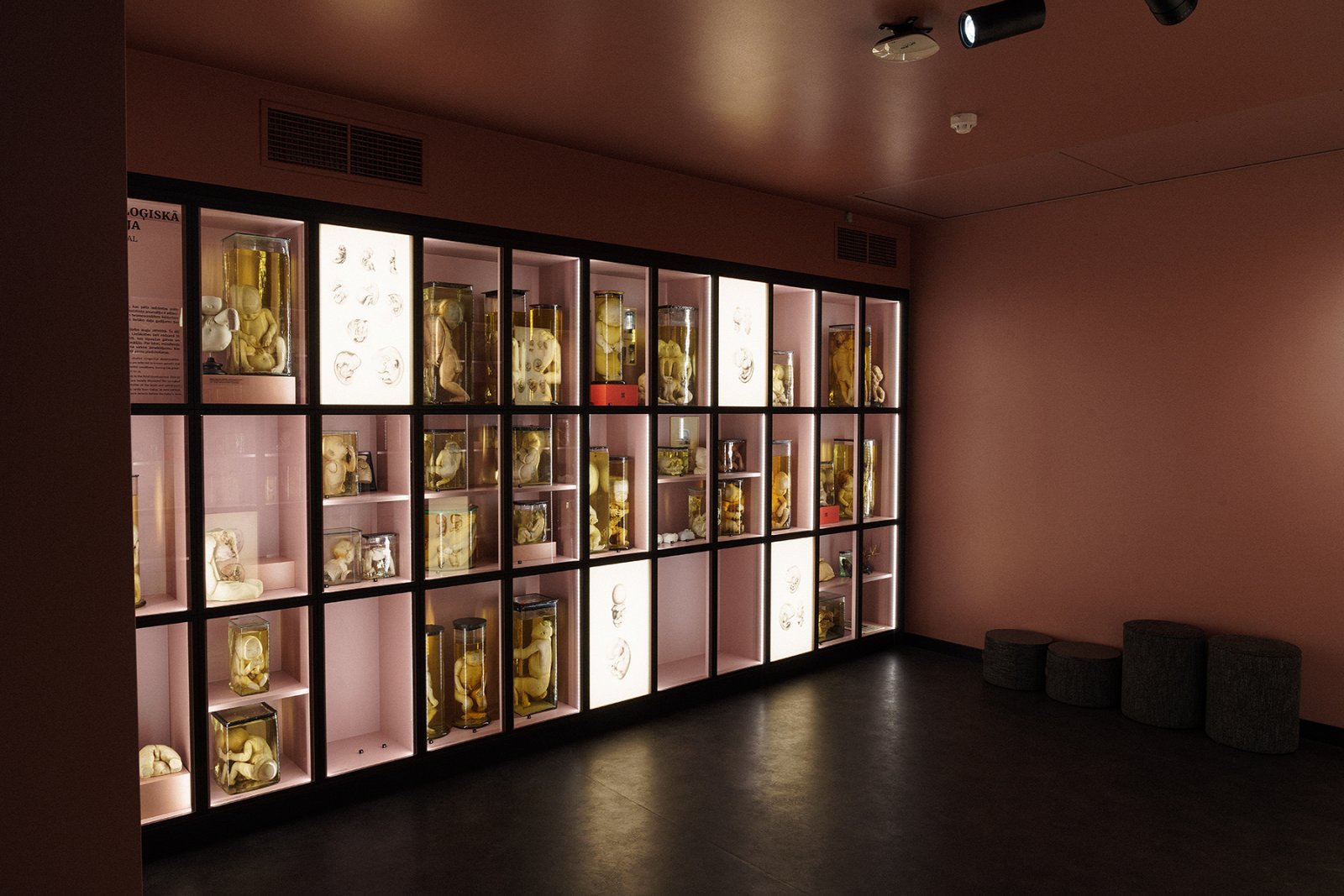 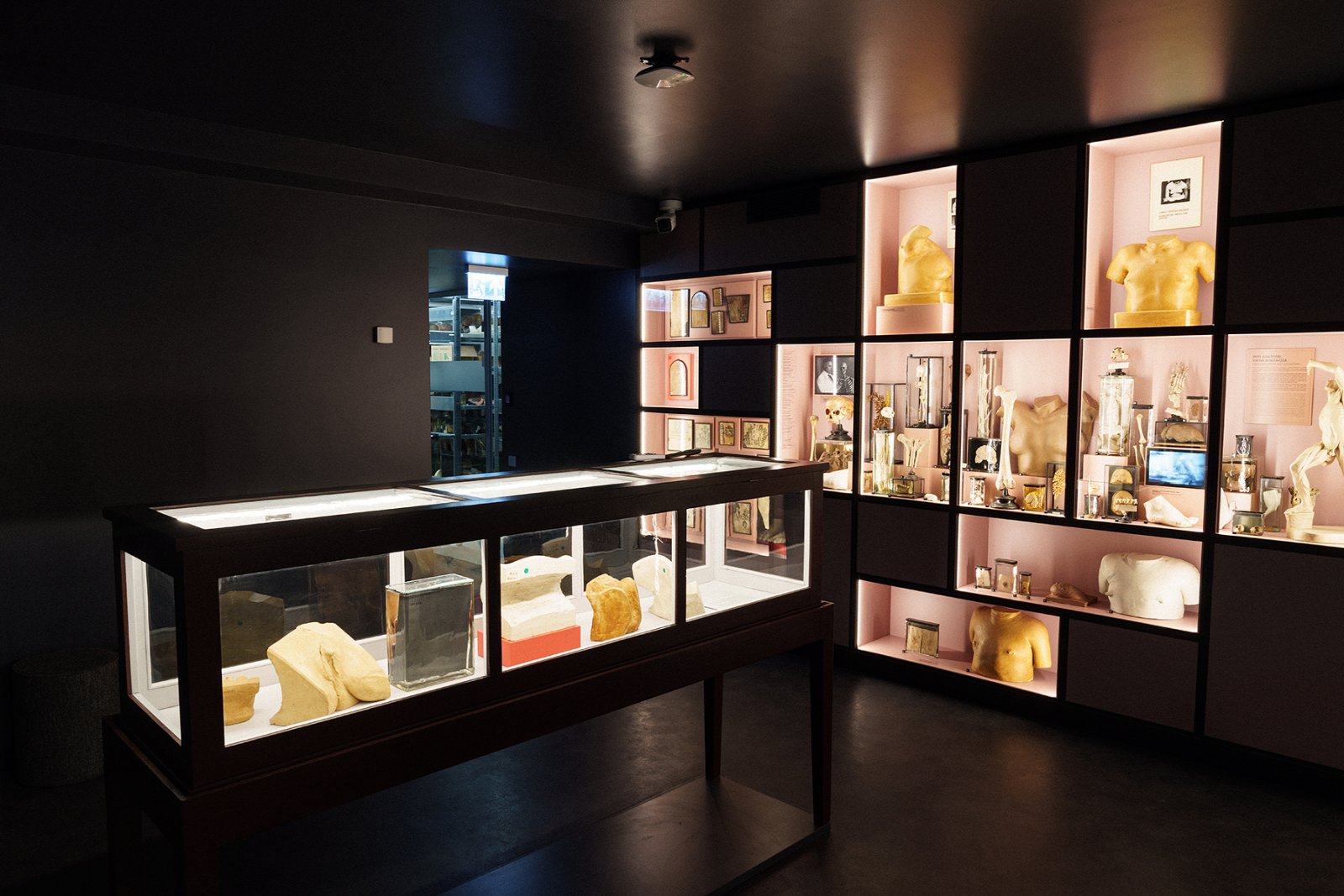 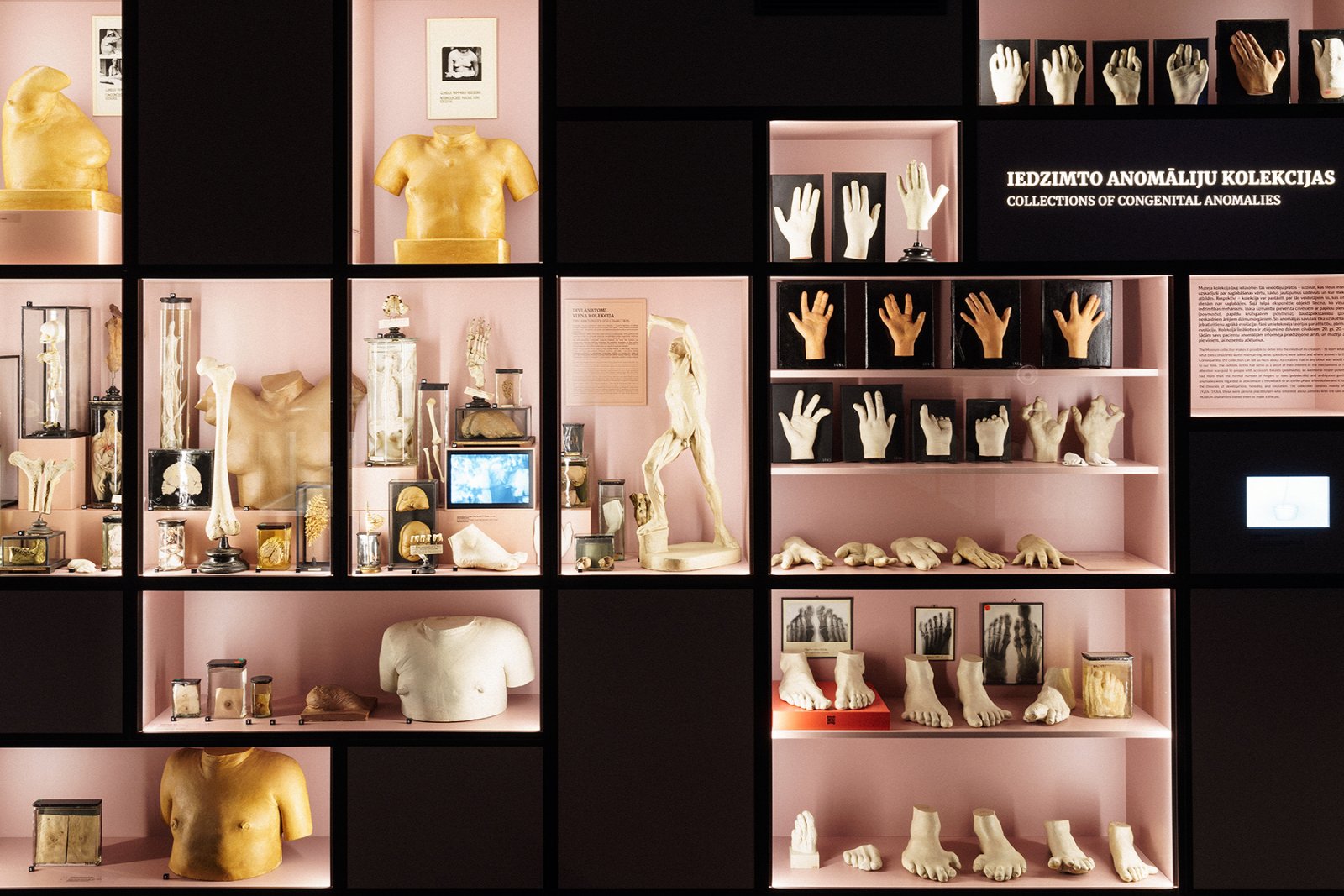 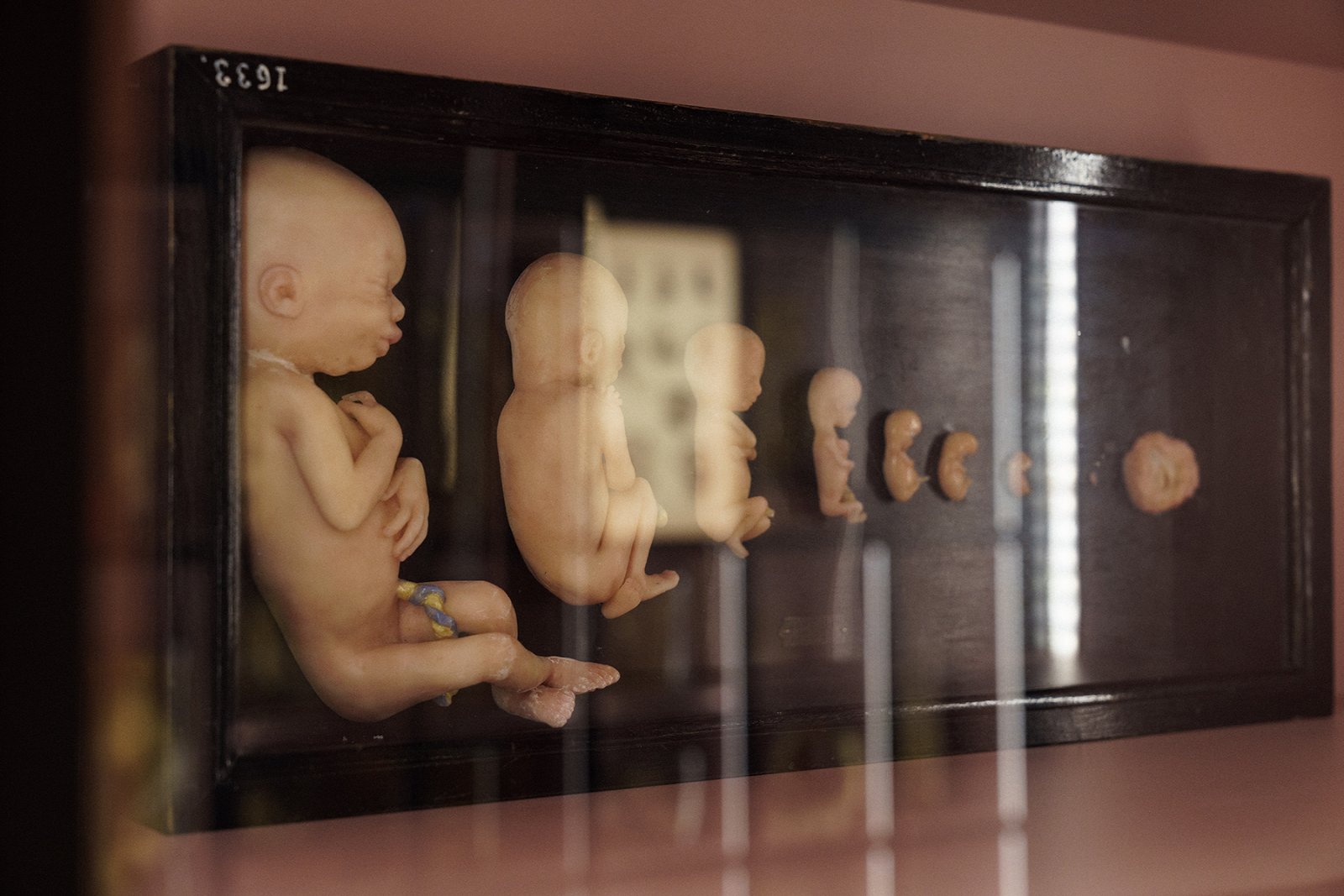 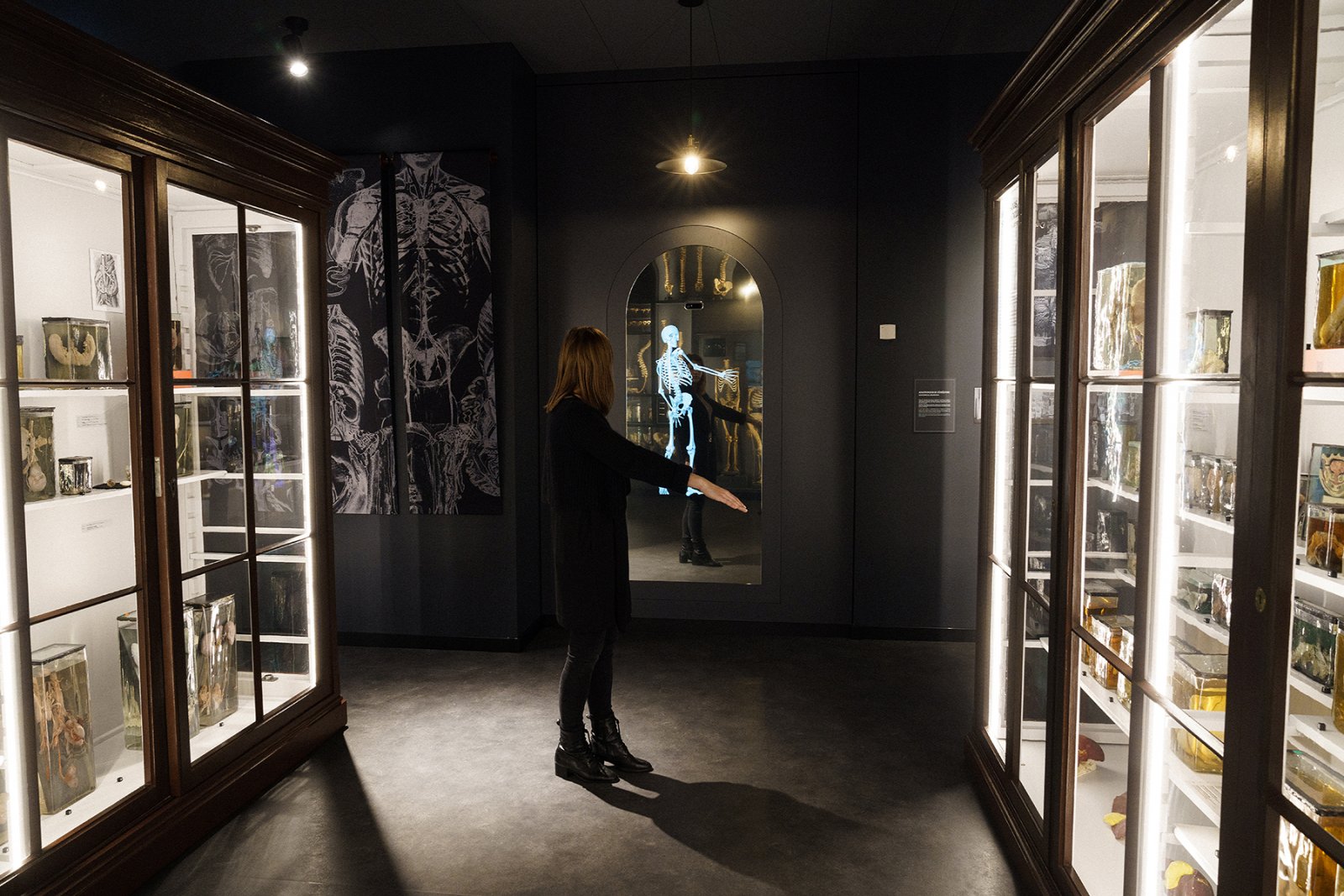 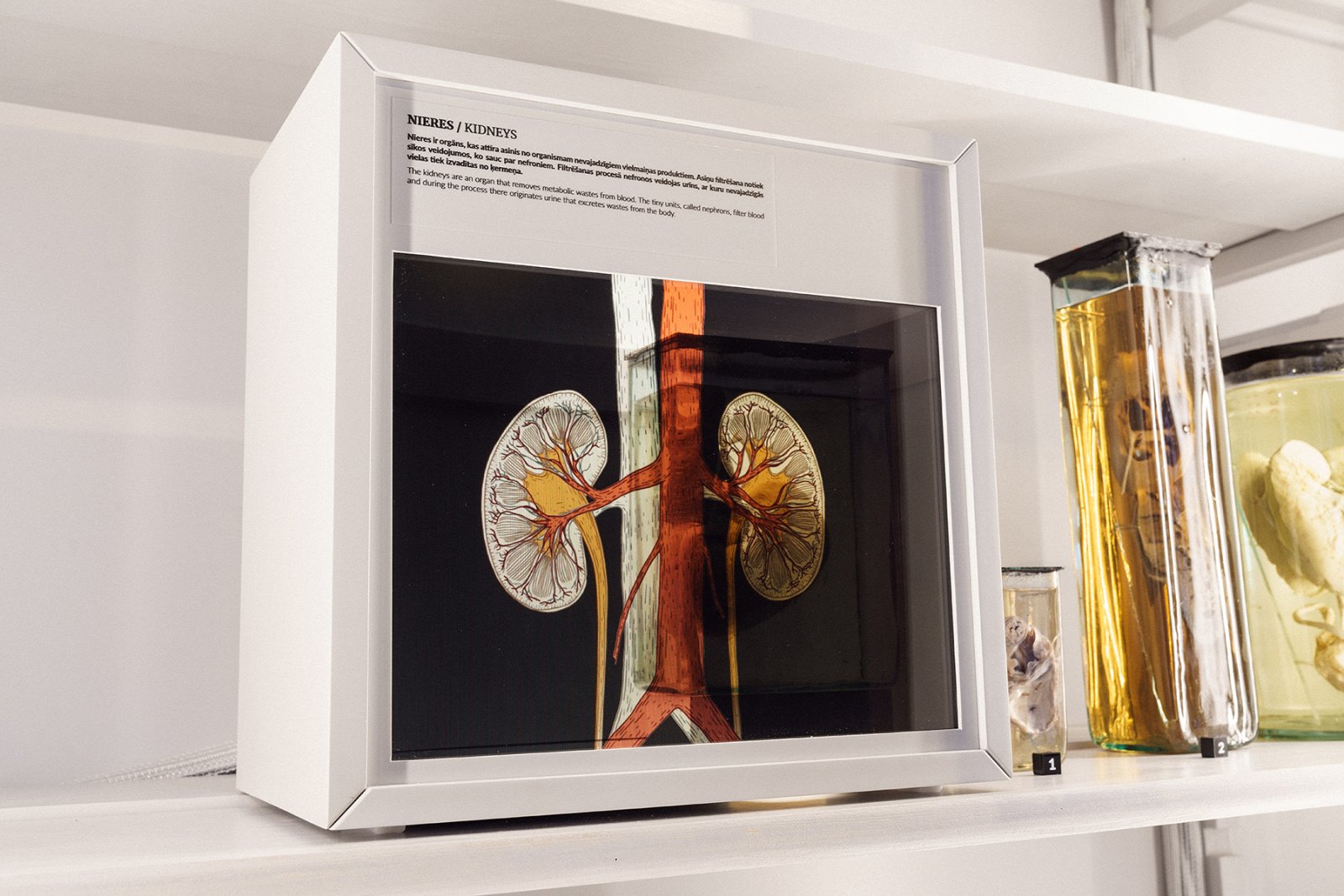 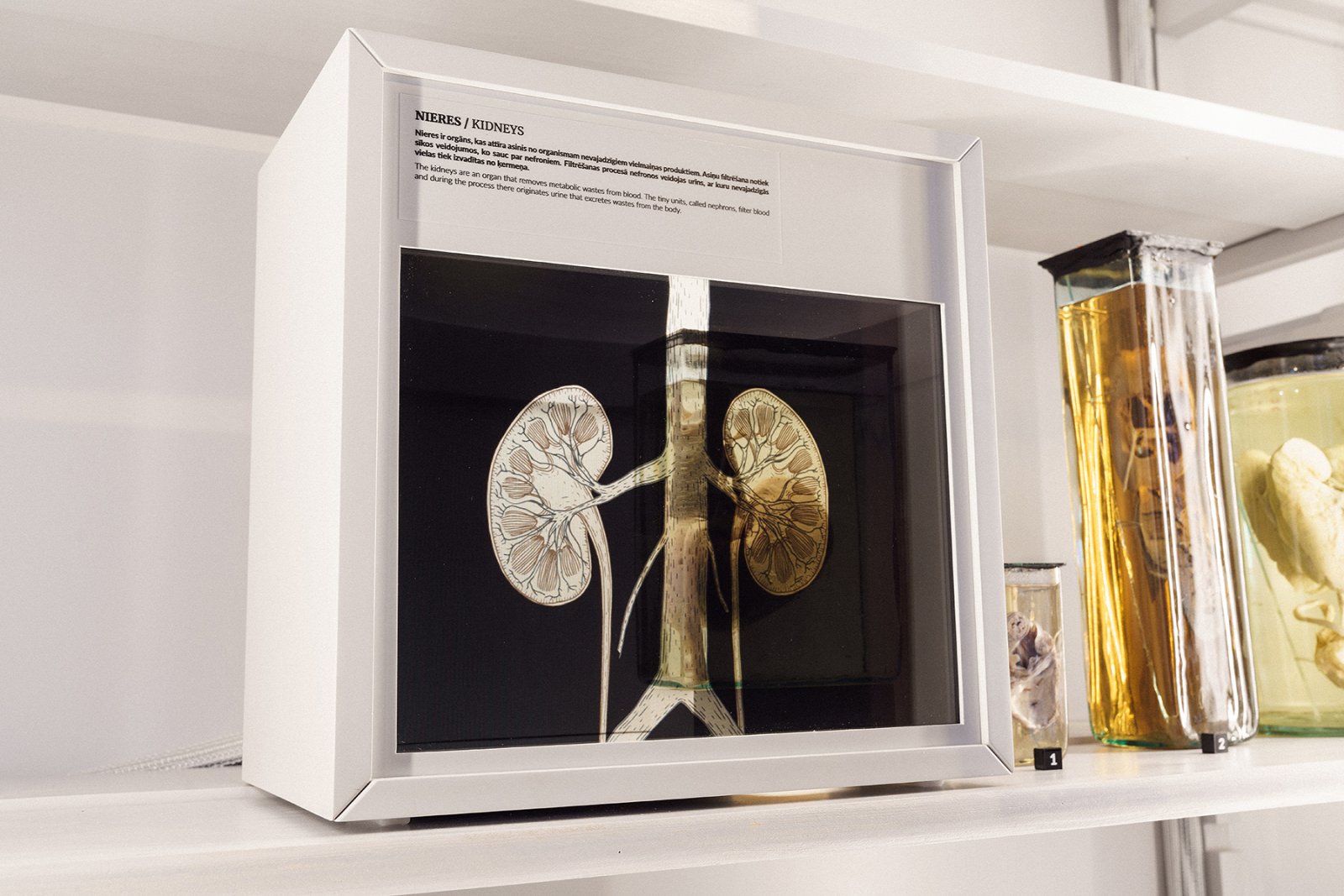 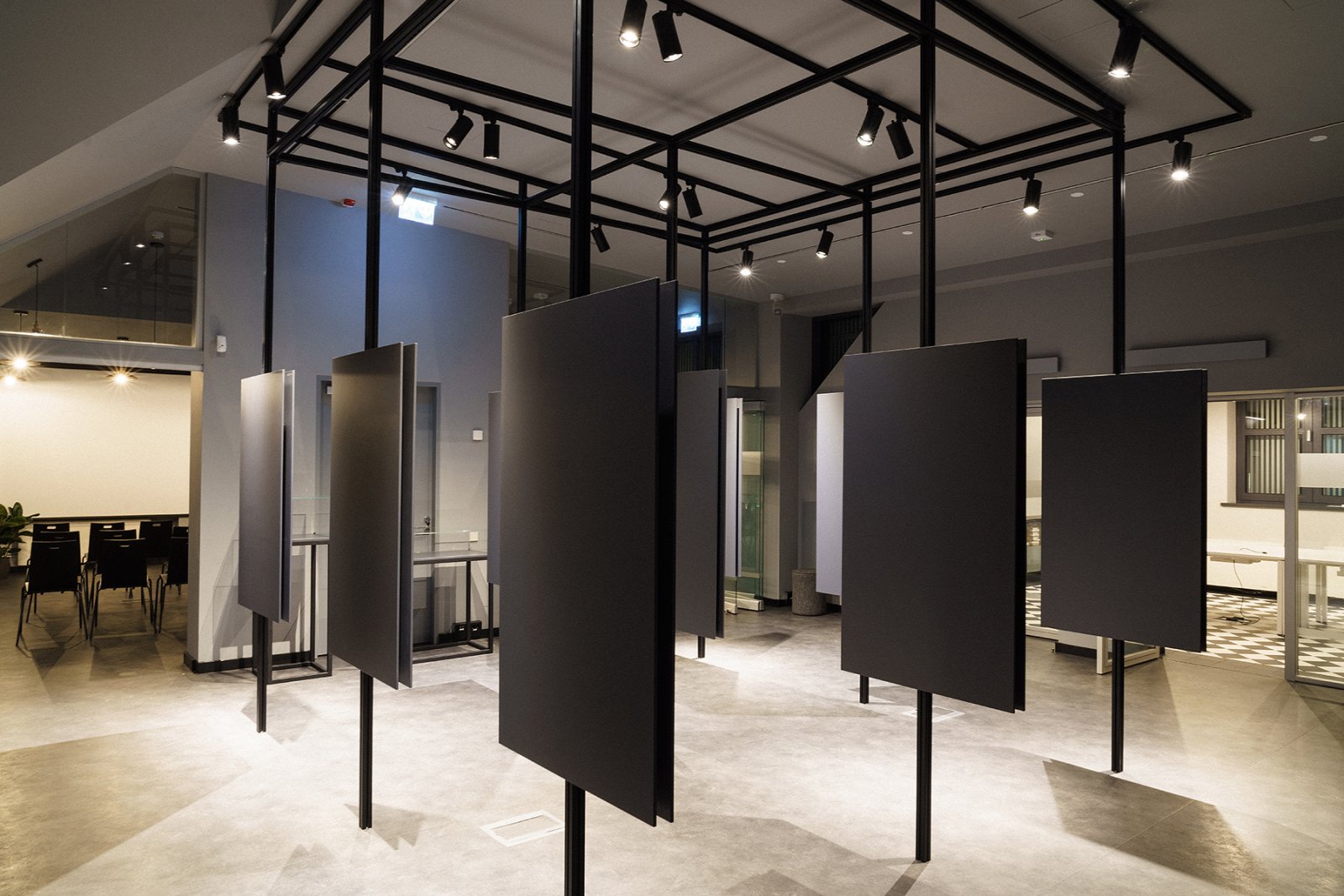 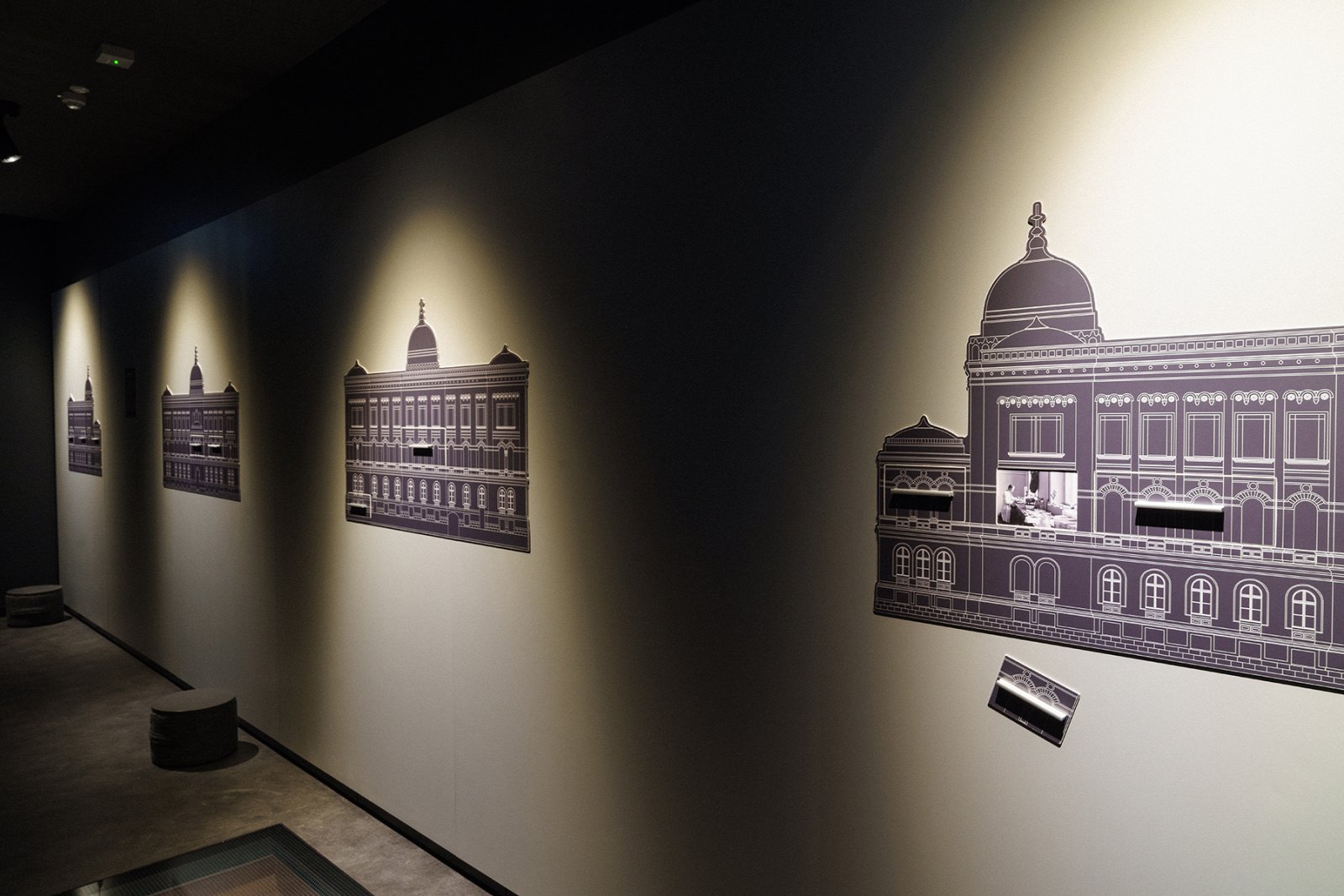