The permanent exhibition of the Museum of the Occupation of Latvia covers a tragic period in the history of Latvia from the Second World War to the end of the Soviet occupation in the 1990s. The Dd studio project for the design competition demonstrates the drama of this time in a clear and vivid manner. Visitors learn about the destruction of the newly formed Republic of Latvia by the two occupation regimes, yet the Latvian nation manages to preserve its identity and rebuild its state.

The message of the exhibition is encoded in the very structure of the exhibit - it begins and ends with a light environment that contrasts with the main body of the exhibition, which is dark and dramatic. The exhibition consists of a number of expressive environments, the emotional message of which can be read intuitively. Each environment is built around a central installation. For example, an interactive projection that tells the story of Latvia between two totalitarian regimes is demonstrated on soldiers' helmets using object-mapping technology, it uses extensively the symbolism of both regimes. The Soviet Gulag exposition, on the other hand, is built around the reconstruction of a barrack. Alongside the original exhibits that carry the central emotional weight of this environment, several projections have been used, including a 360 ° projection inside the barrack reconstruction. 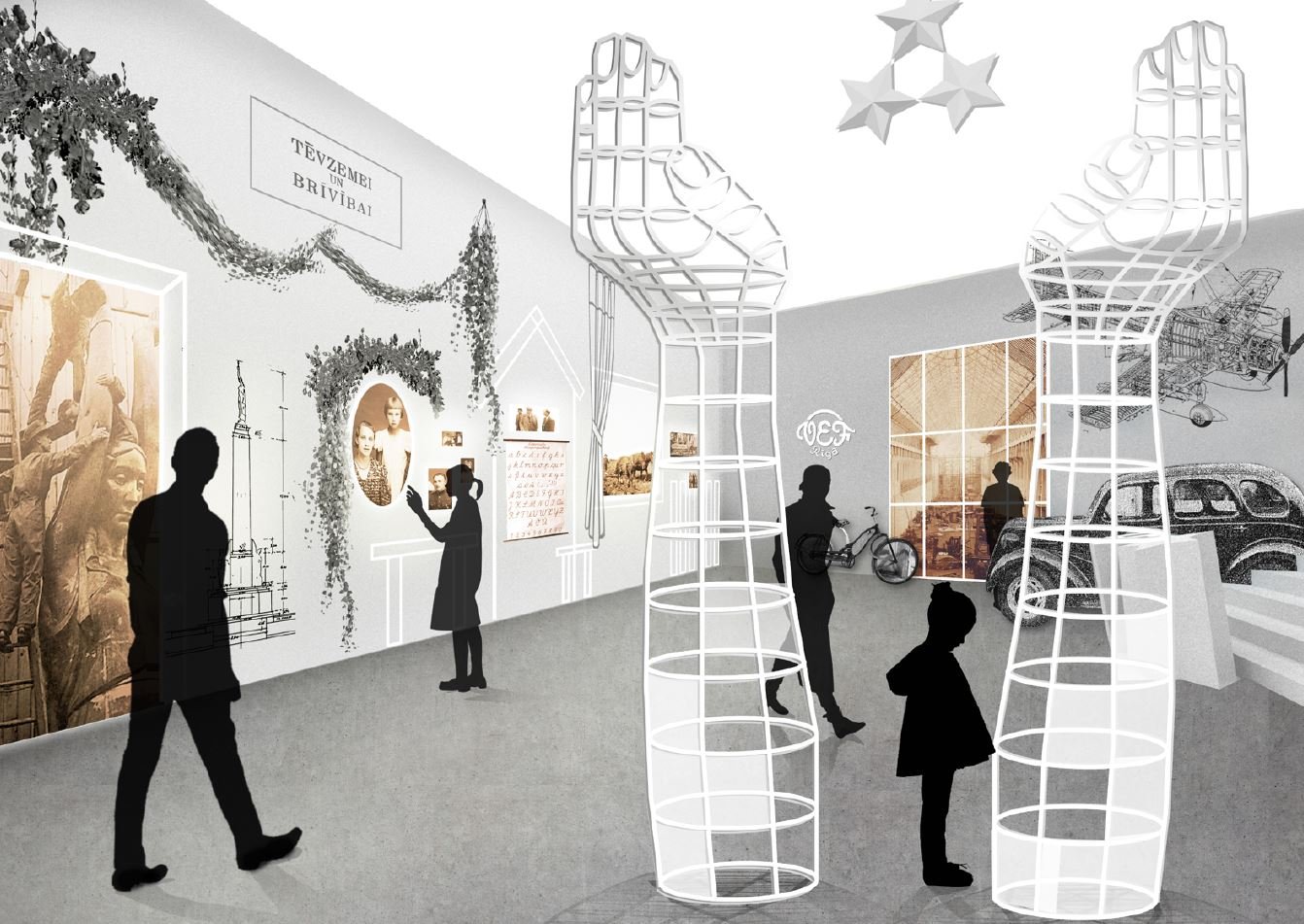 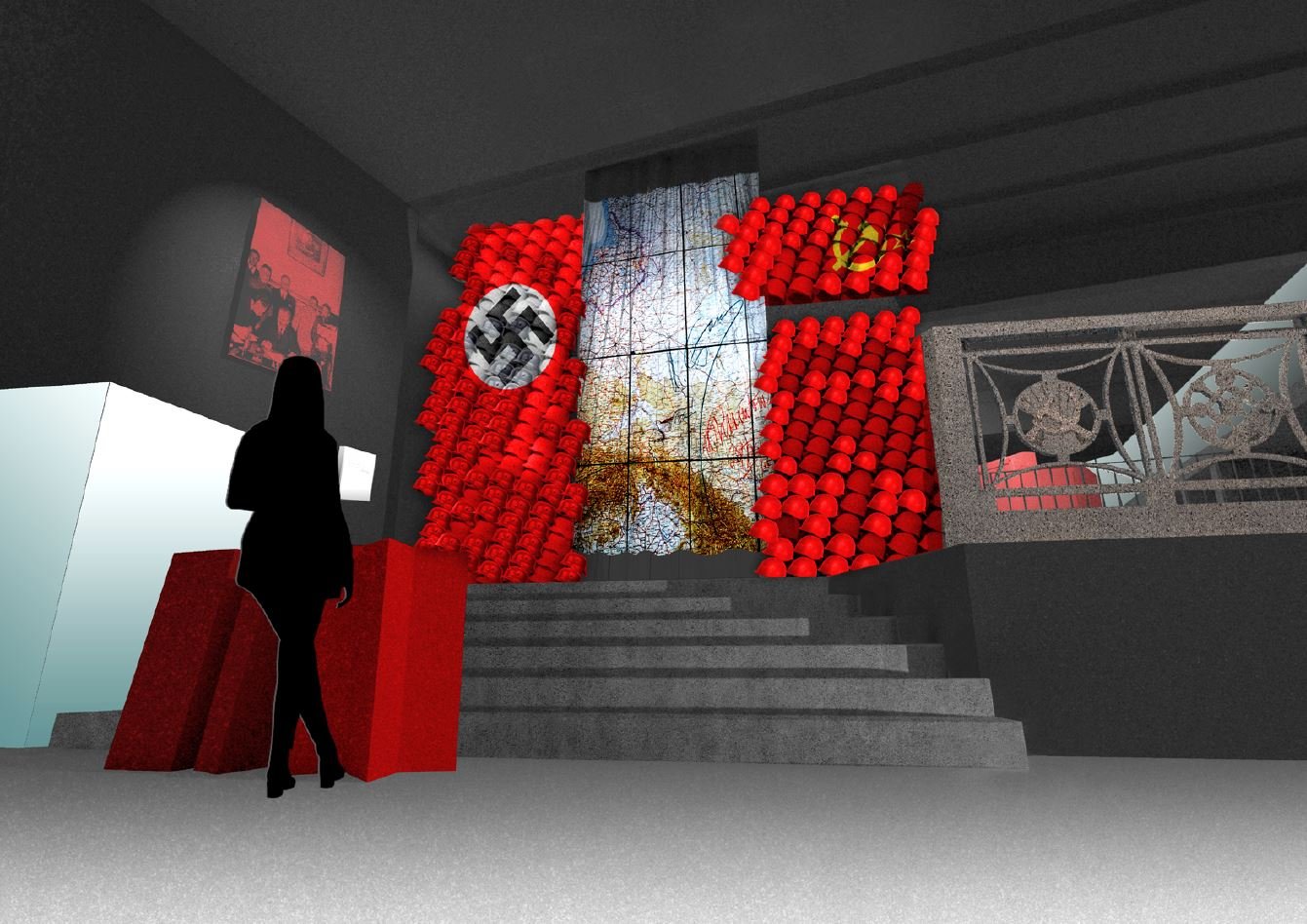 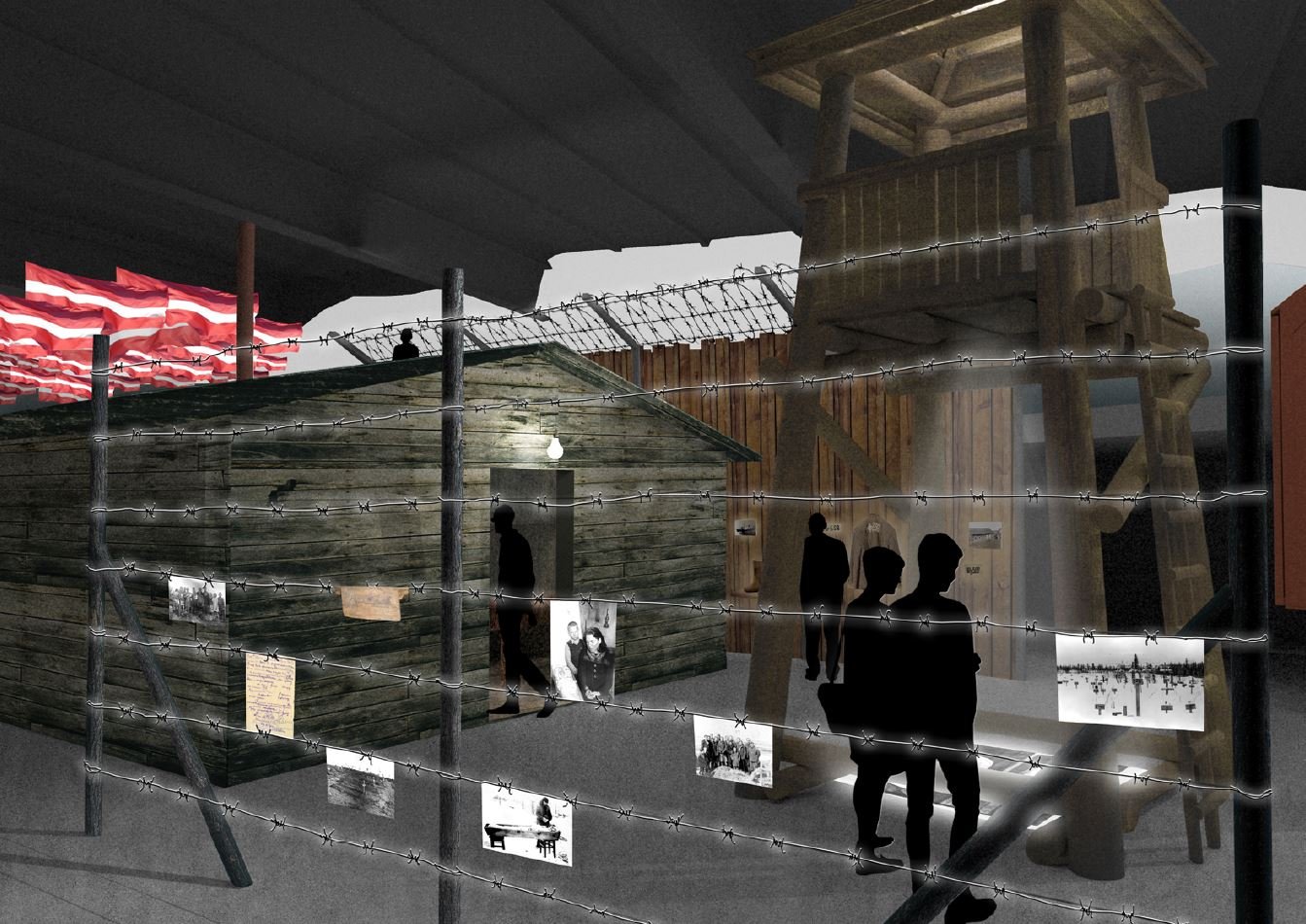 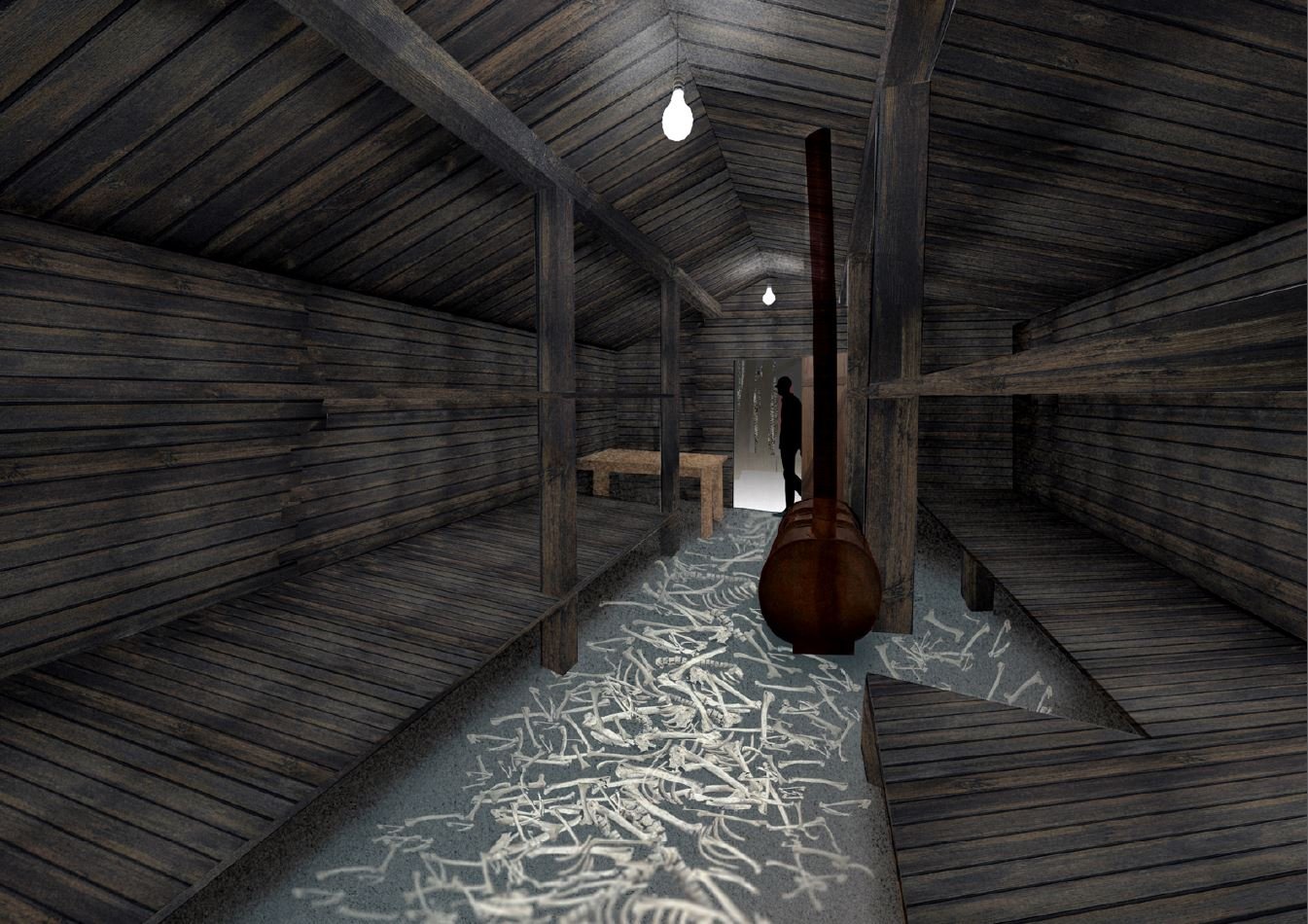 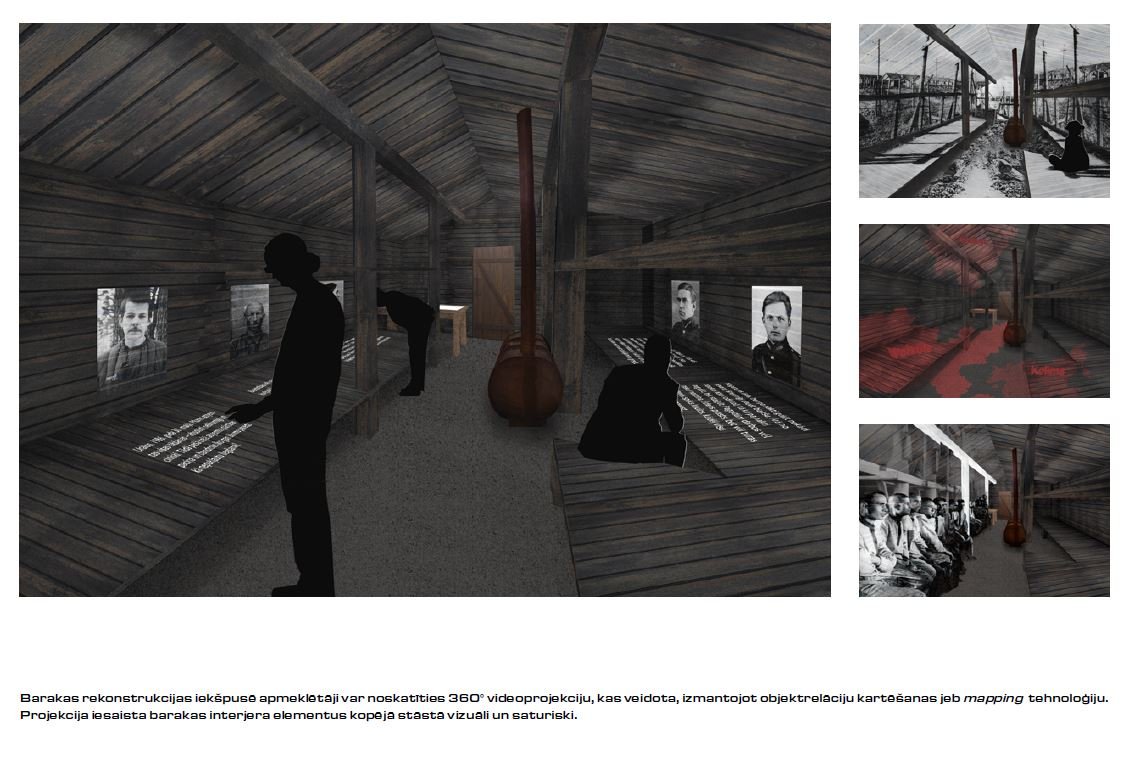