Dd project has developed a permanent exhibition project for the cultural centre in Oguz, Azerbaijan. The centre is a part of a wider project by the government of the Republic of Azerbaijan that promotes the Azerbaijani language, history, culture, national and spiritual values, as well as celebrates the life and achievements of Heydar Aliyev, the first president of the independent republic.

The permanent exhibition consists of three parts which are to a large extent independent. The exhibition “Heydar Aliyev – an architect of Azerbaijan” about the life, political career and the legacy of the national leader is located on the ground floor of the building. The second part about Azerbaijani carpets and the third about the ethnographic and cultural heritage of the Oguz region are located on the first floor. Dd project has created a museum of a distinctive and harmonious design that despite its unity emphasizes the unique character of each of its parts. 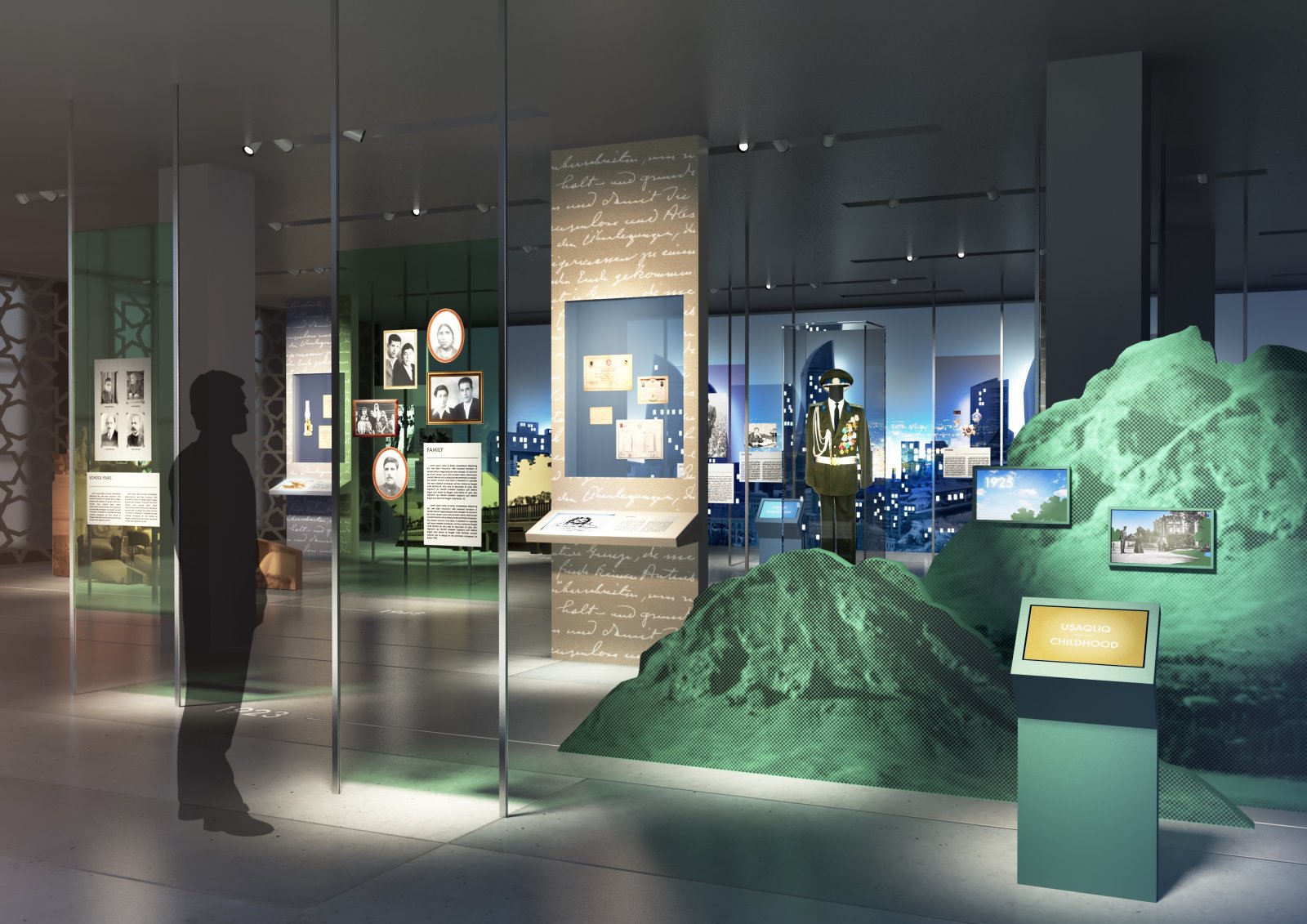 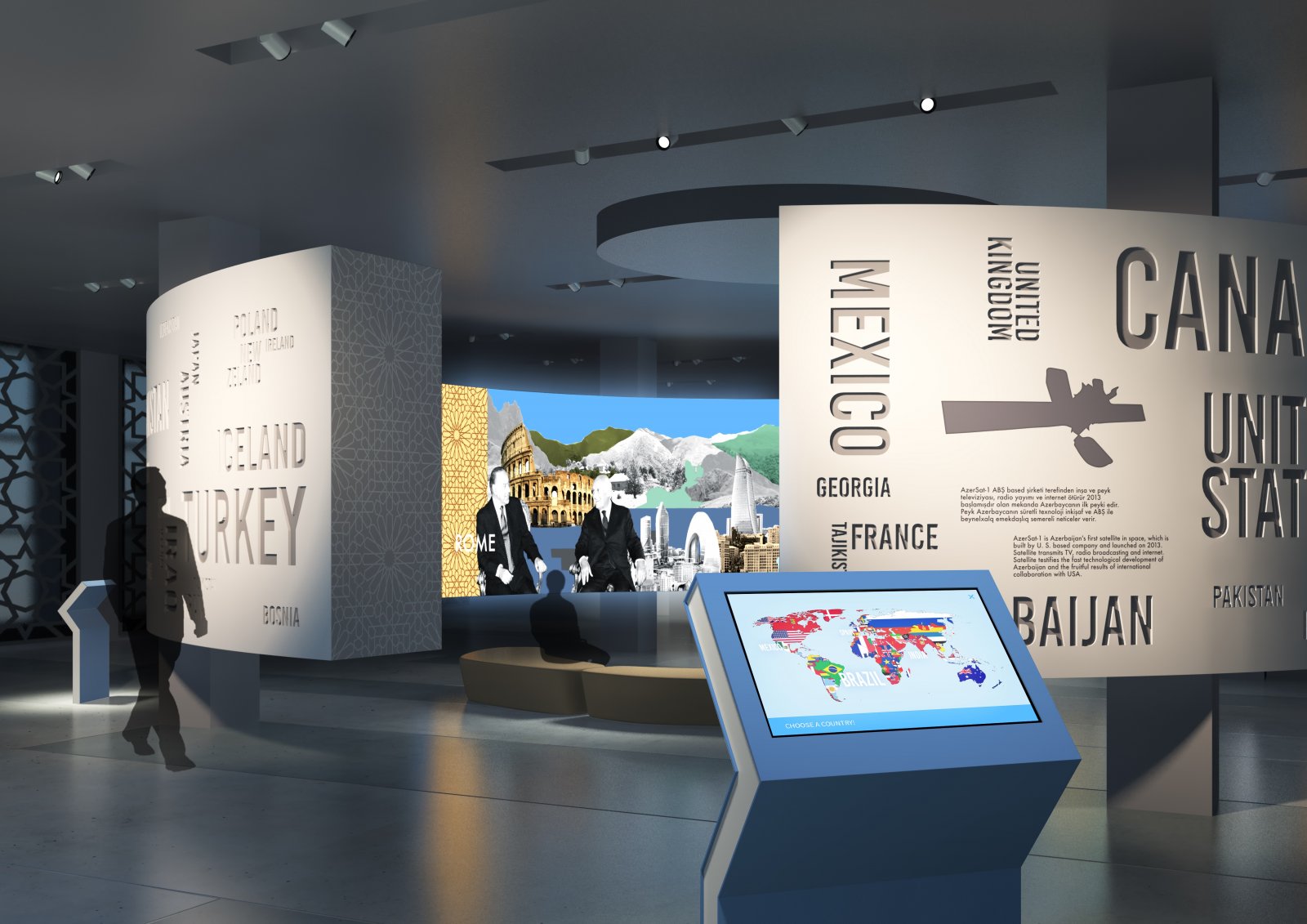 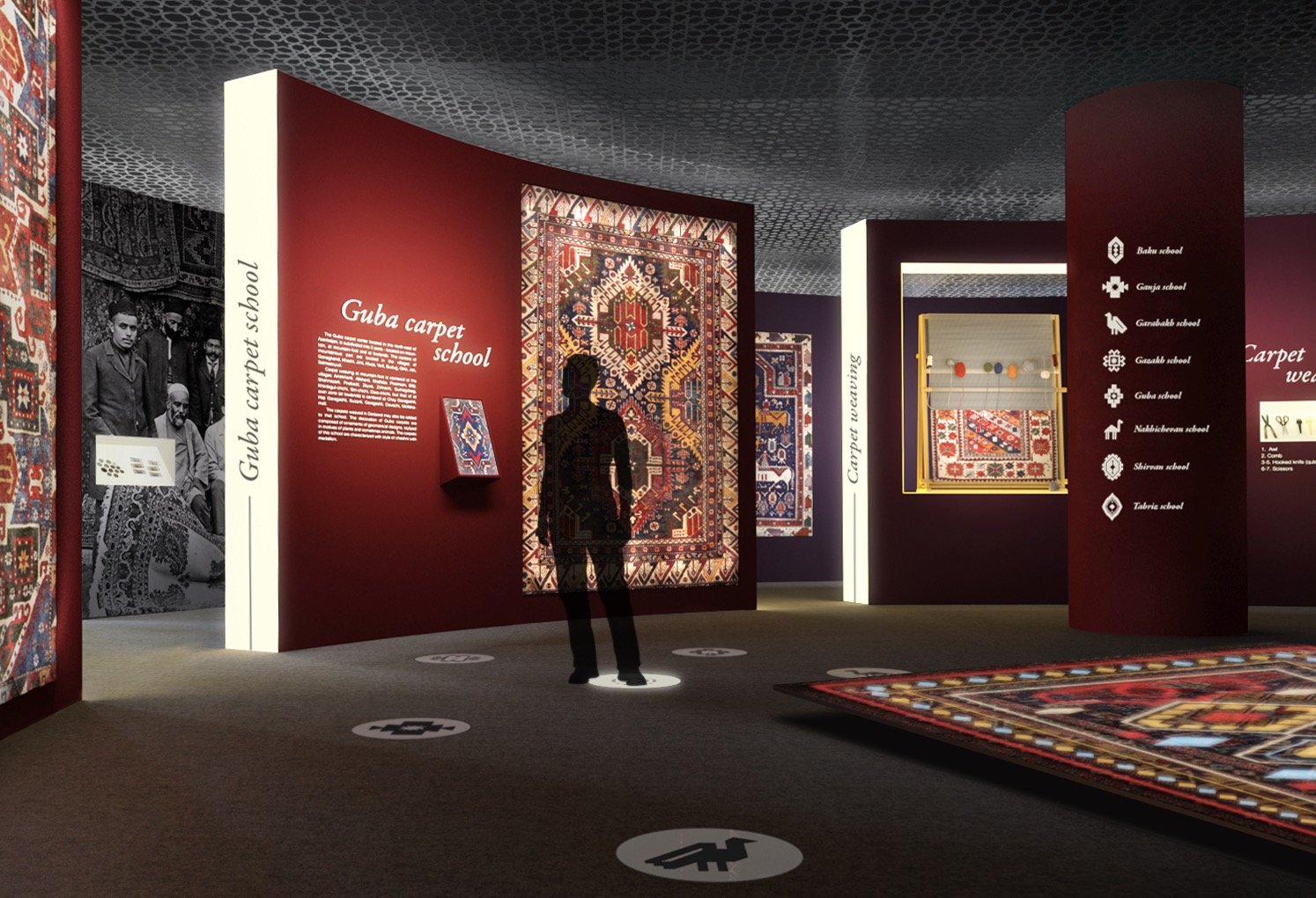