Dd studio has won the competition for the project of a permanent exhibition dedicated to the Latvian War of Independence. The competition was organized by the Latvian War Museum. The exhibition depicts the period of Latvian history from the proclamation of the Republic of Latvia in November 18, 1918 till the victory in the War of Independence in 1920.

According to the project created by Dd studio, the central message of the exhibition is that the independence of Latvia is not received as a gift of fate but gained through a bloody war and self-sacrifice of Latvian people. Accordingly, the visual image of the exhibition encompasses a transition from the darker atmosphere at the beginning of the exhibition to a lighter and elevated atmosphere at the end of it. The exhibition consists of several environments, each with its own visual character and each focusing on some particular historical event or a major exhibit, for example, the battle at Rauna Bridge or the reconstruction of the Latvian flag with bullet holes that was flying over Riga Castle during the attack by the Bermont’s army. 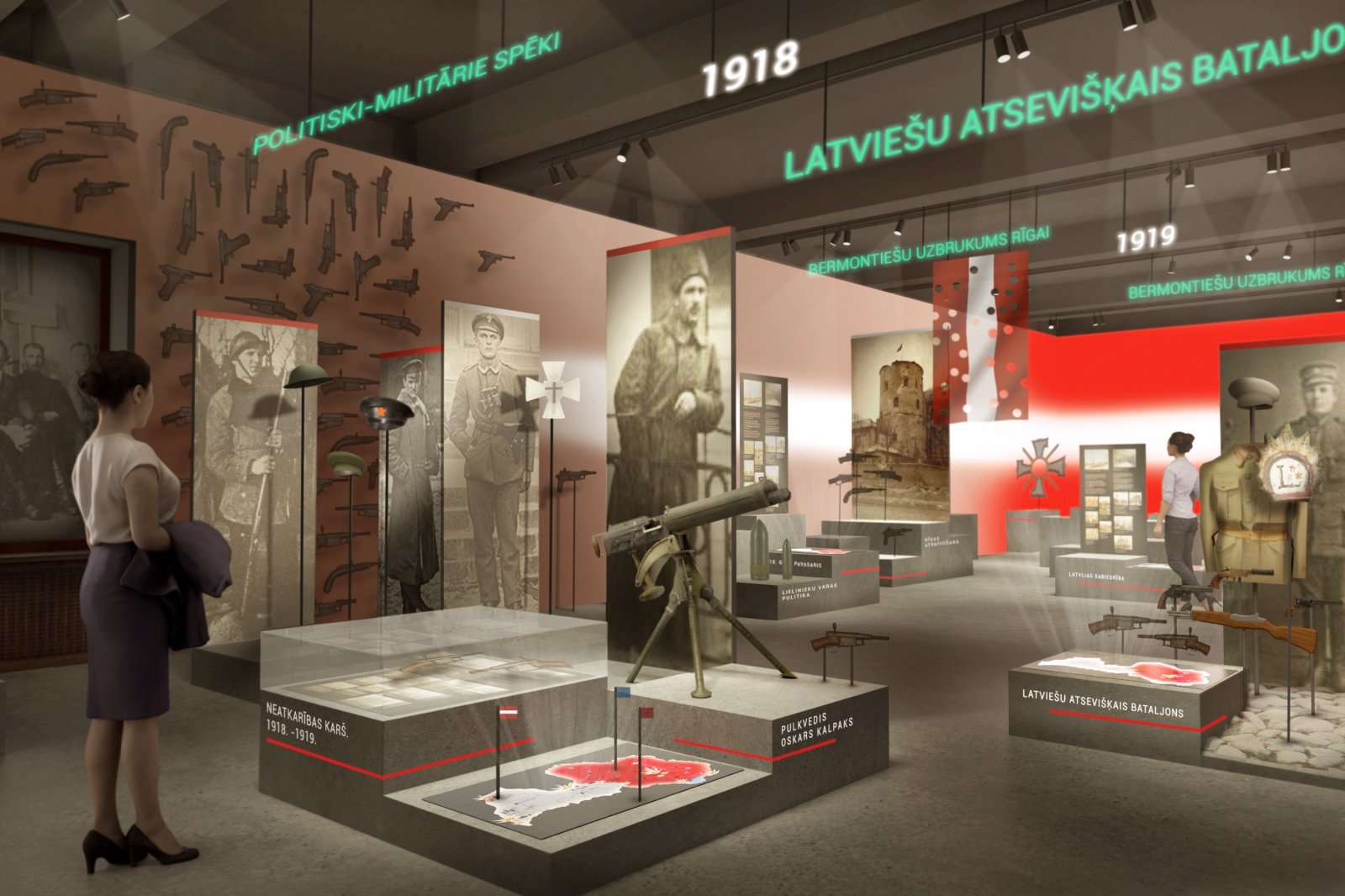 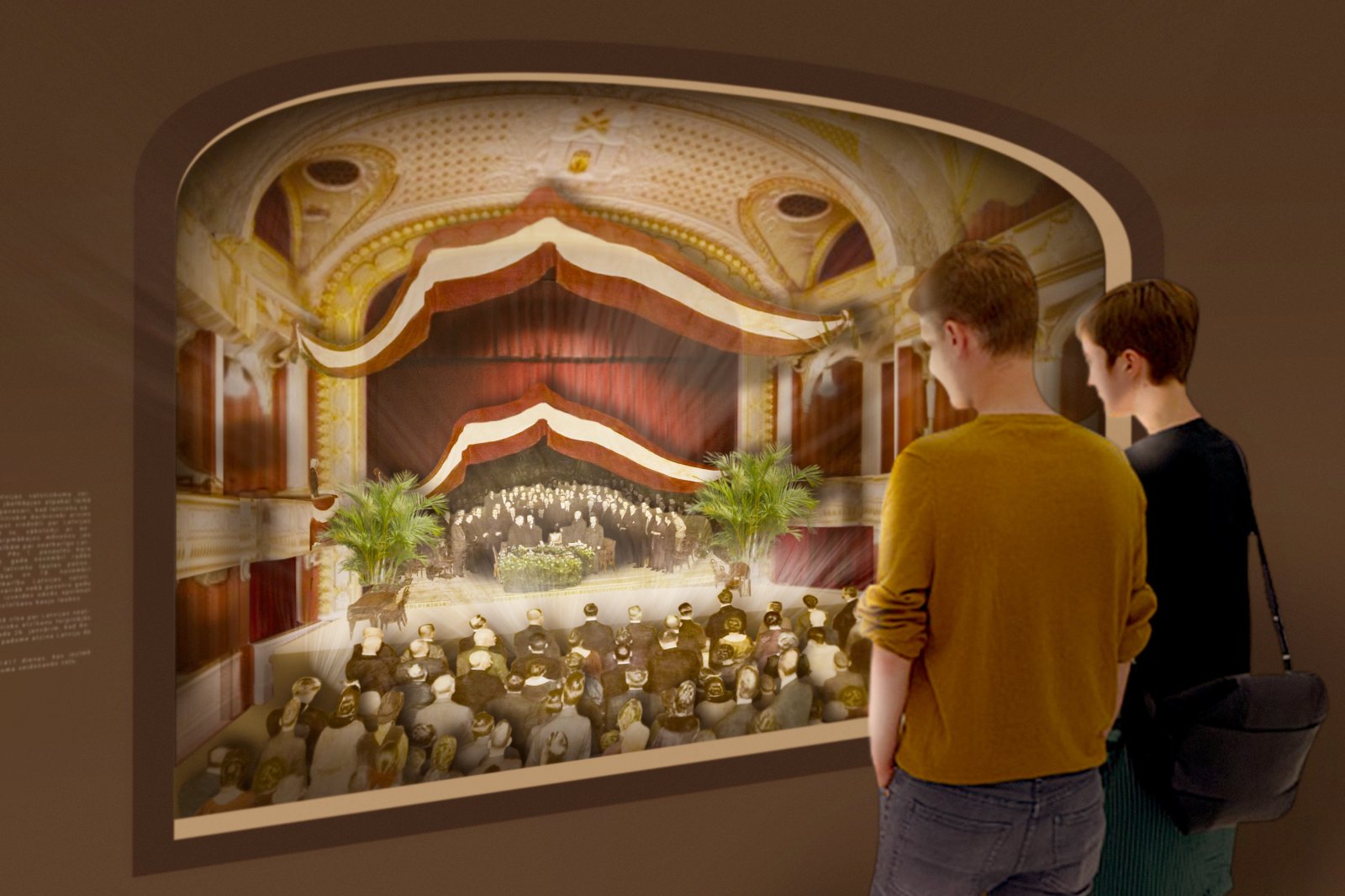 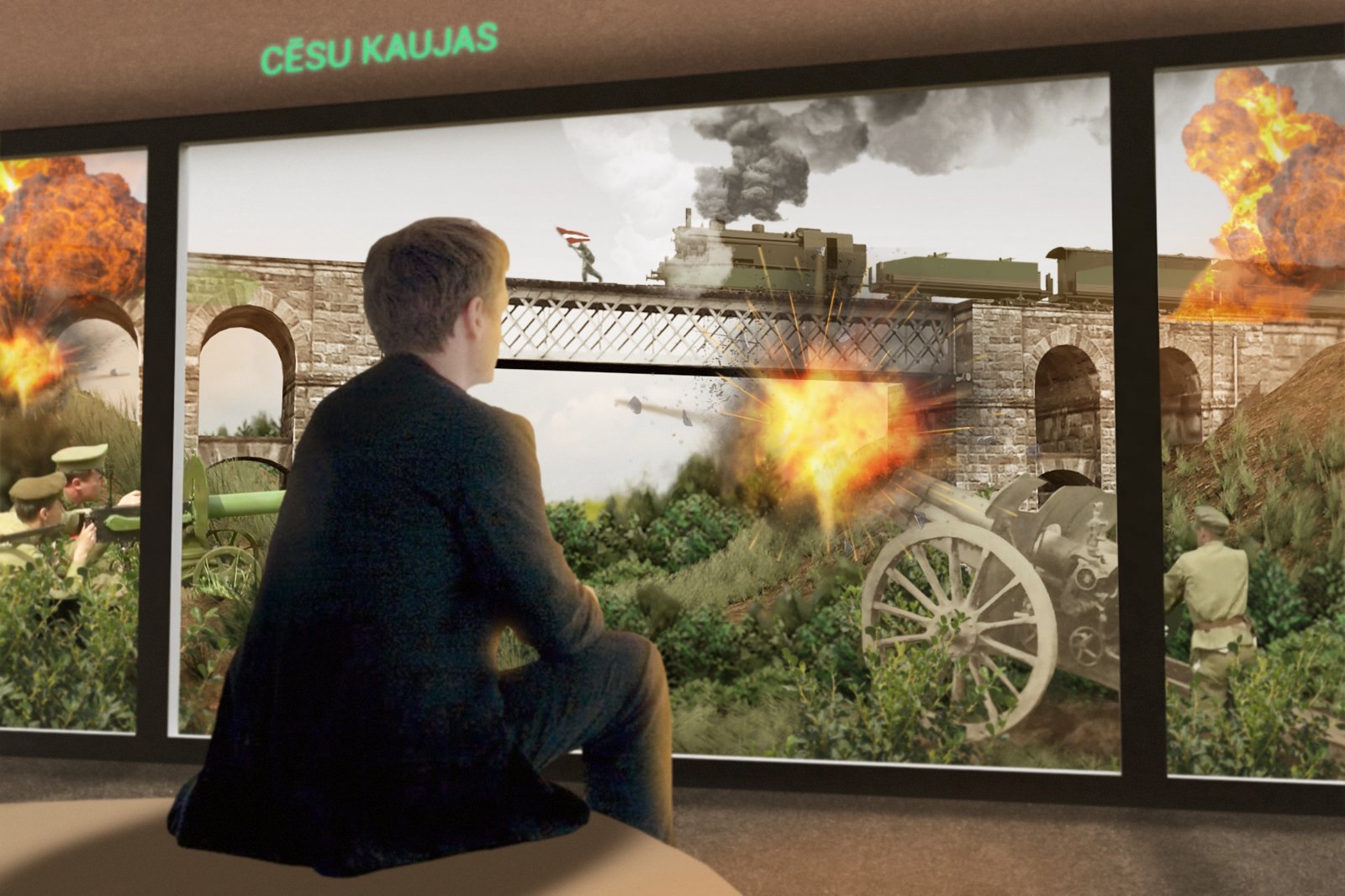 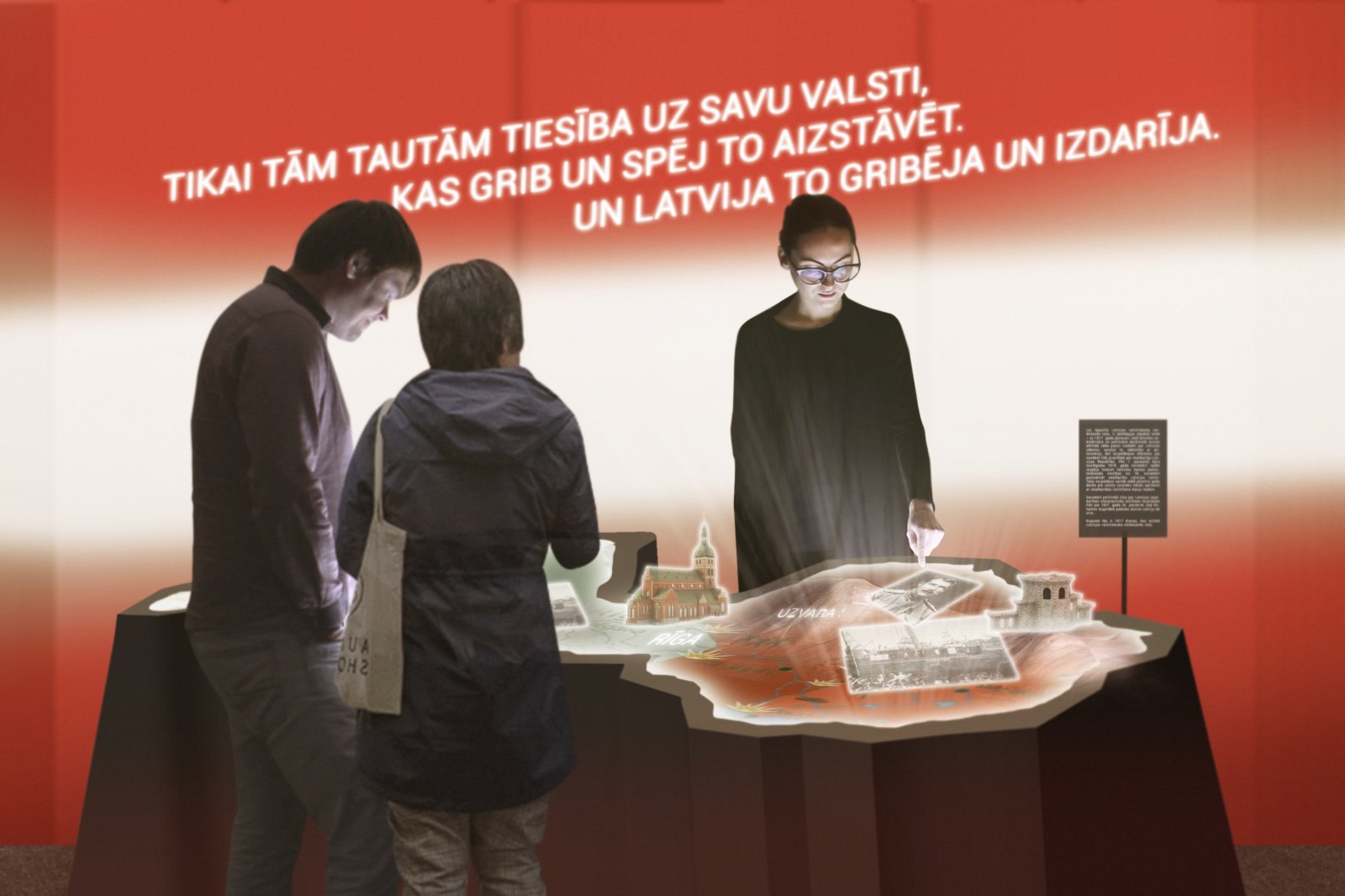